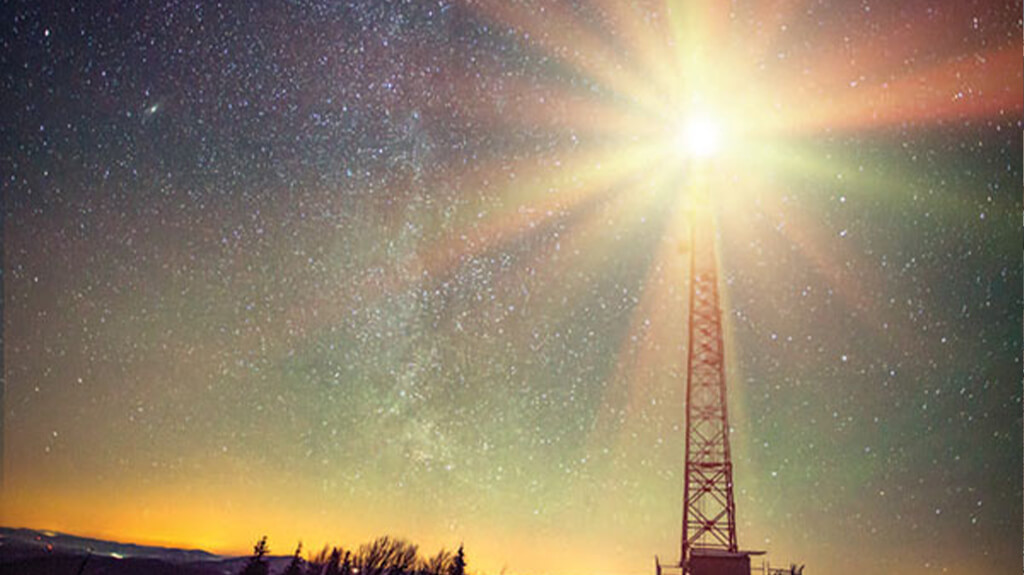 After an accident, it’s usually clear that someone made a mistake … often more than one “someone.” The official investigation, reconstruction, and analysis by the National Transportation Safety Board (NTSB) is less concerned with apportioning blame than identifying those points at which different decisions might have interrupted the resulting sequence of events. Even so, experts can and do draw different conclusions about the relative importance of actions taken by the drama’s various actors.

The October 15, 2008, destruction of a Bell 222 air ambulance was notable in several respects. Its collision with a brightly lit radio tower on a clear night appears to be an early example of the dangers of substituting GPS-direct navigation for systematic flight planning. The accident led the then–vice chairman of the NTSB to issue a rare written dissent from the agency’s finding of probable cause. And the deaths of the pilot, flight nurse, paramedic, and 14-month-old patient intensified public scrutiny of the hazards of helicopter air ambulance (HAA) operations, especially in low visibility or at night.

At 9:12 p.m., the Valley West Hospital in Sandwich, Illinois, requested a helicopter transport. The call was relayed through the dispatch center operated by Reach Air Medical Services in Santa Rosa, California. Reach’s local operator, Air Angels, Inc., accepted the flight immediately. However, departure was delayed by difficulties in determining which hospital could take the patient. The ship lifted off from the Air Angels base at Clow International Airport in Bolingbrook at 10:54 p.m., arriving at the Valley West helipad at 11:11.

At 11:38, prior to departing Valley West, the pilot called Reach Air Medical Services dispatch with the information required by company protocol, including the helicopter’s takeoff weight and center of gravity, an initial heading of 080 degrees, and an estimated flight time of 18 minutes for the 38-mile trip to Children’s Memorial Hospital in Chicago. Fuel supply was given as 1.5 hours. The exact time of liftoff was not reported but appears to have been about 11:49 p.m.

At 11:55, the pilot contacted DuPage Airport (KDPA), a Class D field with a 24-hour tower underlying the outer ring of Chicago O’Hare’s Class B complex. He gave his position as “over Aurora” at an altitude of 1,400 feet mean sea level (msl), or about 640 feet above the ground, and requested transit through KDPA’s airspace. The controller granted clearance but, because the flight was operating under visual flight rules (VFR), did not provide course guidance or obstacle warnings.

Radar track data showed the helicopter maintaining a straight-line course on a magnetic heading of 072 degrees, the direct route from West Valley to Children’s Memorial, at a constant altitude of 1,300 feet msl. The track ended abruptly at 11:58:25 p.m. at the site of a 734-foot radio tower. First responders found that the helicopter had struck the west side of the aerial about 50 feet below its top, crashed into a field, and caught fire.

Skies were clear, and the DuPage and Aurora airports reported 9 to 10 miles visibility. Surveillance footage showed that the tower’s two sets of high-intensity strobe lights were working before the collision.

Two months after Air Angels acquired the Bell 222 in 1999, they fitted it with a Garmin GNS 430 combination GPS and nav/comm radio. The unit had received a software update in January 2008, and its Jeppesen aviation database was last updated on June 1 of that year. The GPS was not certified for use under instrument flight rules (IFR). While its database included terrain and obstacle information, the software to display this had never been installed. Air Angels’ director of flight operations (DFO) confirmed that their pilots relied on the 430 as their primary navigation source.

The helicopter was also equipped with an autopilot capable of holding headings and altitudes. Typical practice was to fly at 1,500 feet msl in the daytime and 1,500 to 1,700 feet at night, 700 to 900 feet above typical terrain elevations in the Chicago area, at 125 to 130 knots. The DFO recalled that the accident pilot’s most recent line check had been interrupted by a patient call, which he’d handled according to the company’s operations manual. He’d used the autopilot during the en route portion of the flight.

The 69-year-old pilot had flown helicopters in Vietnam. According to his ex-wife, he’d been shot down seven times, and as a result, “most situations did not cause him much stress.” After leaving active duty, he’d continued to serve in the U.S. Army Reserve but apparently in a nonflying capacity.

His civilian career as a professional pilot had begun in 2004. He held a commercial certificate with an instrument-helicopter rating and private pilot privileges for single-engine airplanes, and had renewed his second-class medical certificate the previous January. Nearly 3,200 of his 3,565 hours of total flight time were in helicopters. The DFO, a former U.S. Army OH-58 pilot, described him as “very reliable and conscientious” and said he “flew his landing approaches in a slow and meticulous manner.”

The NTSB’s factual report lays considerable stress on the fact that the aircraft did not have a terrain awareness and warning system (TAWS). Two and a half years earlier, the Board had recommended that the FAA require all HAA operators to outfit their aircraft with TAWS; the FAA initially responded by emphasizing preflight planning but also developed technical specifications for helicopter TAWS systems. 14 CFR 135.605, requiring installation and training in the use of approved TAWS equipment by all HAA operators, eventually took effect on April 24, 2017.

However, the report also acknowledges that the radio tower “was depicted on the Chicago Aeronautical Sectional Chart, the Chicago Visual Flight Rules Terminal Area Chart, the Chicago Helicopter Route Chart, and as an obstruction on the air traffic controller’s radar display.” It was widely known as the tallest structure in the vicinity of Air Angels’ base. As noted earlier, there was no apparent impediment to seeing its two sets of high-intensity strobes.

Radar coverage in the KDPA tower was provided by live feeds from O’Hare’s approach surveillance radar, which depicts the radio tower. The accident flight’s track, cited earlier, showed it flying directly toward that tower, whose location and height were also on the list of local landmarks and hazards that KDPA controllers were required to memorize during training.

The NTSB’s finding of probable cause included “the … controller’s failure to issue a safety alert” as a contributing factor. It cited paragraph 2-1-6 of FAA Order 7110.65, which requires ATC to “issue a safety alert to an aircraft if you are aware the aircraft is in a position/altitude which, in your judgment, places it in unsafe proximity to terrain, obstructions, or other aircraft.” The order also acknowledges that “it is virtually impossible to develop a standard list of duty priorities that would apply uniformly to every conceivable situation.”

A contrarian viewpoint might note the pilot’s clear interest in avoiding a well-lighted hazard that was shown on all relevant aviation charts and was also familiar to him from more than two years of low-altitude HAA flights in that area.

Though we’ll never be certain why this accident happened, one possible clue emerged from the investigators’ interviews with the Air Angels’ DFO. He described the helipad at Children’s Memorial as “not optimal” thanks to a tall steeple near its northeast corner and an elevator shaft on its north side. The pad itself is 13 stories up and so small that a helicopter as big as the Bell 222 must perch with its tail boom hanging over the edge. The pilot wasn’t familiar with the site, and during an interview with the NTSB, the DFO speculated that “at some point” he would have looked it up in the Illinois Hospital Heliport Directory.

“When the pilot would have done this, [the DFO] could not guess. It could have been at the hospital pad at Valley West … or while en route to Children’s [emphasis added]. However, it would be a likely thing for the pilot to do, especially since this was an unfamiliar helo pad for him. The directory is 139 pages, and could take a little time to find the correct page.”

Might the pilot have engaged the autopilot long enough for a quick review of the landing site in the heliport directory? It’s certainly not impossible — and could explain why he was seemingly heads-down during a VFR flight at night.

NTSB Vice Chairman Christopher Hart, himself a pilot and former FAA safety official, vigorously disagreed with the majority’s finding that “the controller’s failure to issue a safety alert as required” contributed to the accident. His three-page written dissent stressed that “for VFR pilots, seeing and avoiding obstacles is solely and exclusively the responsibility of the pilot in command … with no exceptions.” Hart also noted internal ambiguities that made the cited FAA order “not particularly compelling in this instance.”

Greater pilot complacency and reduced willingness of controllers to provide services to VFR traffic could also be unintended consequences of any suggestion that controllers share responsibility for obstacle clearance under visual flight rules.

From the original gyroscopic attitude instruments through GPS, the Wide Area Augmentation System (WAAS), and ADS-B, technological advances have improved safety while expanding capabilities … but they have also created new failure modes, both human and mechanical. Autopilots make single-pilot IFR possible in helicopters but with the attendant risks of misprogramming, instrument or processor malfunction, or simple inattention. The incredible precision of GPS navigation raises concerns about increased collision risk, especially over busy waypoints.

No one has more at stake in managing these trade-offs than pilots, who are the first to pay the price for any errors, whether their own or someone else’s. They — and their employers — might benefit from healthy skepticism about the safeguards they think they’ve bought.