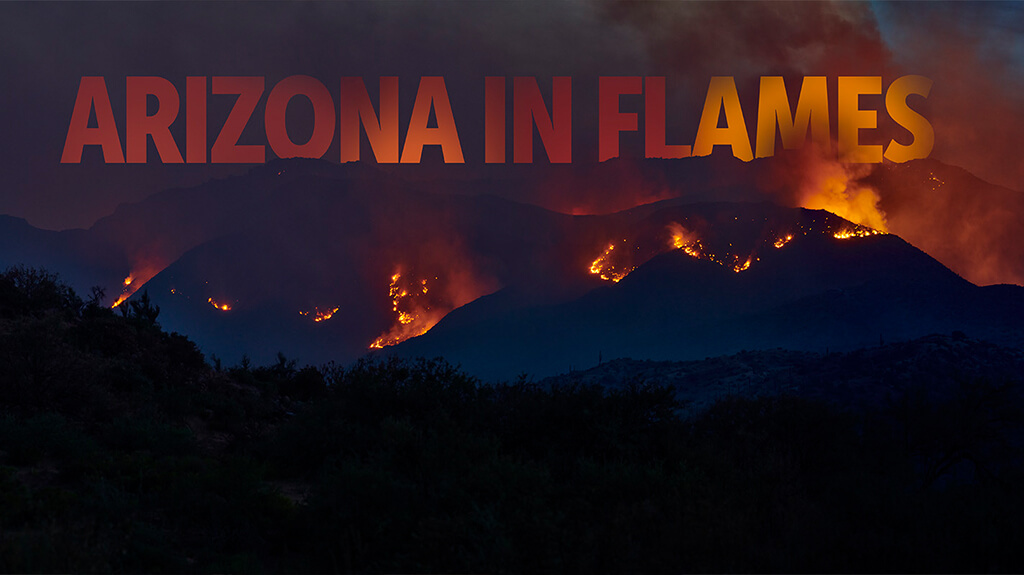 Cover Photo: Flames sweep across the Mazatzal Mountains 40 miles northeast of Phoenix. This remnant of the Bush Fire, so named for its proximity to the nearby Bush Highway, ranks as the fifth-largest wildfire in Arizona’s history. Photo by Mark Bennett

Arizona suffered multiple wildfires during the spring and summer of 2020, with one ranking as the fifth-largest ever in the state. As ideal weapons against these blazes, helicopters were deployed early and often, but the fires just kept coming.

Arizona often sounds the starting gun for western North America’s wildfire season due to its climate (hot and dry) and widespread vegetation that dies or goes dormant (which, either way, dries out), starting in the spring. Those conditions and fuels then meet either lightning or, four times out of five, human sources of ignition such as untended campfires, tow chains dragging and sparking on the road, flicked cigarettes, fireworks, or any number of easily preventable causes. Then it’s conflagration time.

Once lit, Arizona’s varied terrain can accelerate a fire’s spread and hamper its control. Rugged canyons spread fires both upslope, as you would expect, but winds can become twisted in those canyons, driving the fire also down or across to the opposing face. That terrain also hampers access by ground crews and aircrews alike. Even relatively flat expanses of grasses pose challenges, as winds both drive the fire directly and carry embers far beyond the involved area, igniting noncontiguous lands.

What’s needed are tools to quickly bring the fight to the fires. 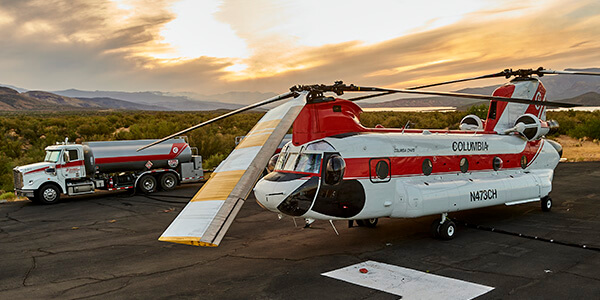 Columbia Helicopters had two Boeing CH-47D aircraft working on wildfires during the 2020 season in Arizona. This one was stationed at a small airfield called Grapevine, near the Bush Fire, whose smoke colored the setting sun. 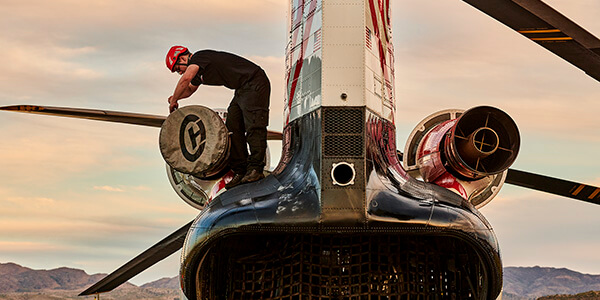 Helicopters are critical to halting, or at least managing, these conflagrations, and Arizona hosts a broad collection of the craft during the height of its fire season, starting in the spring and running typically to July. The helicopters are shuffled around as fires erupt and spread. Then, when the weather in the state enters its “monsoon” season—midsummer, with higher humidity and frequent rain—the powers that be send the aircraft first north, then farther west, to states heading into their own fire seasons. 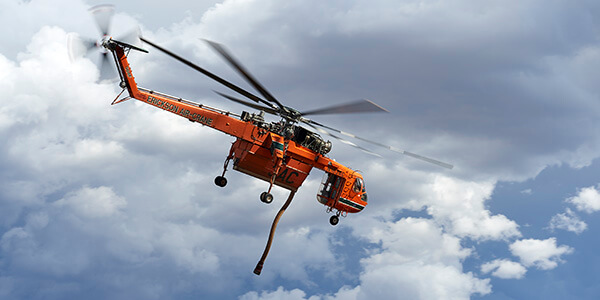 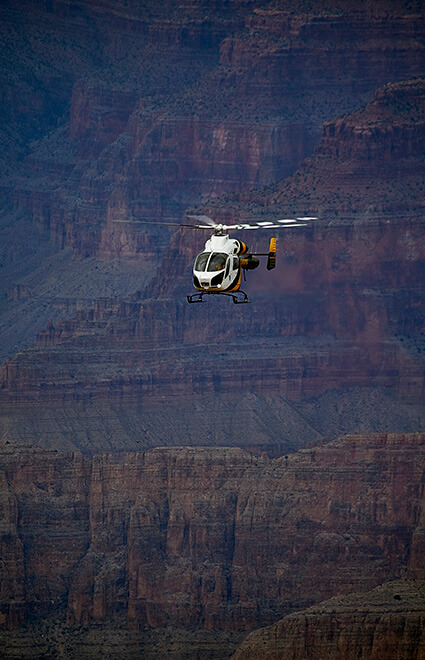 This MD 900 is a permanent resident at the Grand Canyon, operated by Papillon Helicopters on a 365-day contract, and flown exclusively for the National Park Service. It has a nickname, too: the Bumblebee. 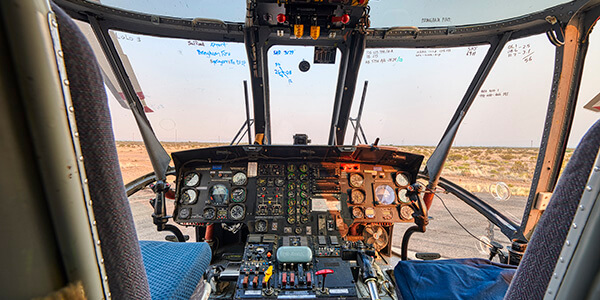 The inside of the windscreen of this Sikorsky S-61V, operated by Siller Helicopters, is marked with notes for quick reference while working the fire. 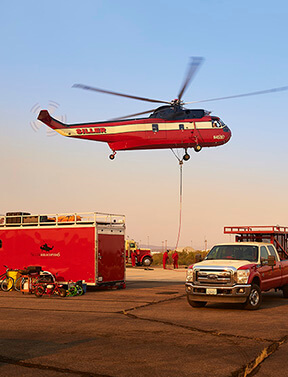 Like so many things this year, the 2020 fire season has been different. Arizona has endured its hottest summer on record, with rainfall just 33% of its seasonal average. While most aircraft were sent north on schedule, fires continued to plague the state, and firefighting helicopters were diverted from its neighbors as late as the end of October.

Arizona’s long-term forecast? A warm and dry winter, followed by another hot summer, with 100% chance of helicopters in the air.