By Rotor DailyJanuary 17, 2023No Comments

ICARUS Devices is proud to announce that the US Army has expanded the ICARUS Device airworthiness release fleetwide to include every UH-60L and UH/HH-60M Black Hawk helicopter. For the last year, multiple training and operational units have been using the ICARUS Device with a unit-specific AWR. Now every unit flying the Black Hawk can use this lightweight, game-changing device. 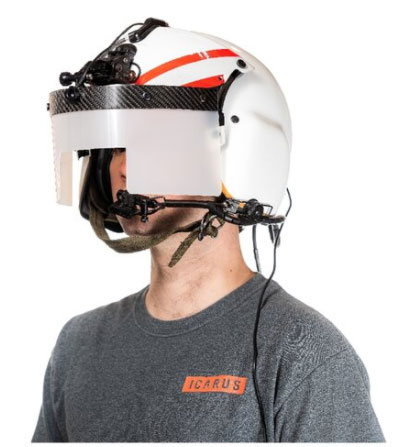 The Black Hawk is the workhorse of army aviation, serving in the air assault, air ambulance, and general support roles. Former army aviator, Distinguished Flying Cross recipient, ICARUS Devices cofounder and five-time IIMC survivor Erik Sabiston says, “The death rates for IIMC are unacceptable for our soldiers. No other device but ICARUS can accurately replicate the inputs or mental challenges that the startle effect places upon our aircrews. If you can survive your first IIMC, chances are you will never have a problem again. When you train the stress of the startle effect out of pilots, they survive the real thing. Multiple lives have already been saved by the device.” The ICARUS team anticipates fielding the device with other airframes in the army and branches of the military. ICARUS Devices will continue to work closely with US Army Aviation units to further develop and deploy associated tactics, techniques, and procedures.

The ICARUS Device is a smart view-limiting device that gives instructor pilots and unit trainers the ability to simulate degrade visual environments (DVE) in the aircraft. The ICARUS Device brings simulator-level control to the aircraft, allowing users to dial in any visibility for dynamic scenario-based training.

Dozens of military units, colleges, flight schools, private operators, LEO, HEMS, and federal agencies use the device. Nearly 300 devices are in use globally in aircraft from a Cessna 172 to a CH-47 Chinook. The ICARUS Device team would like to thank the Utility Helicopter Program Office, the Systems Readiness Directorate, and the trailblazing active military and National Guard units for their commitment to safety and soldiers. 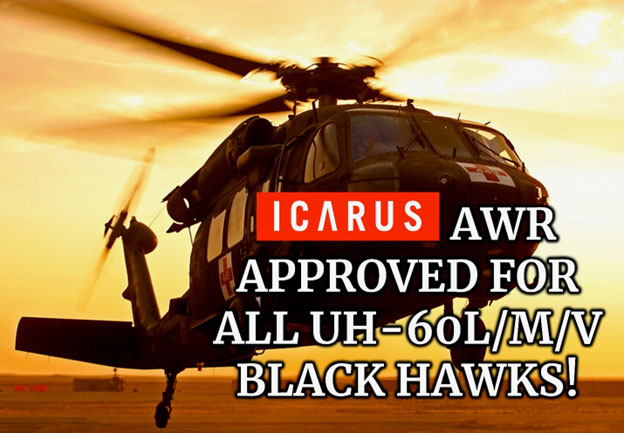