AW101 completes high-altitude trials in US

By Rotor DailyOctober 21, 2022No Comments

A cross-departmental team from Leonardo in Yeovil has successfully undertaken high altitude trials, which were completed on schedule with the Norwegian AW101 helicopter in the United States. The aircraft completed its 21-day trial plan in just 16 days. 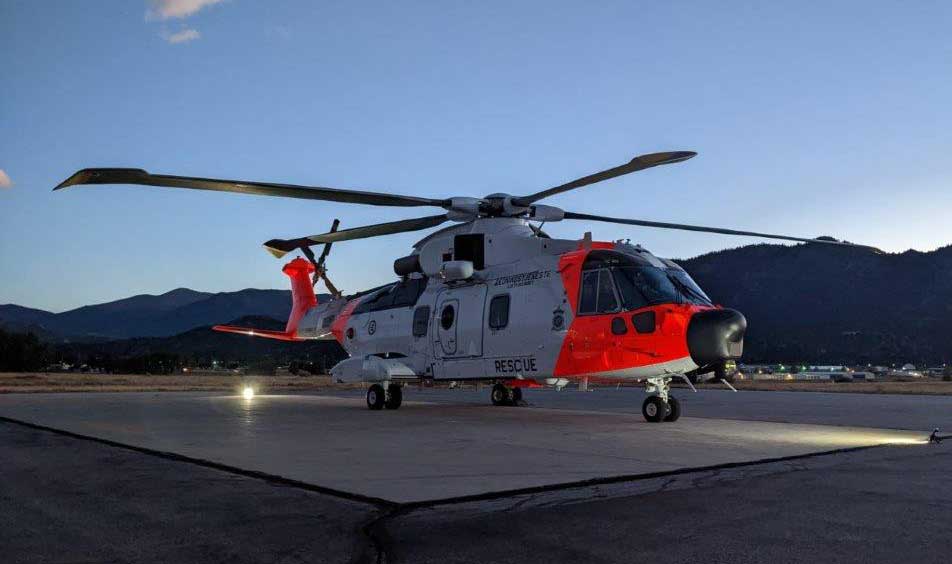 The AW101 Performance Improvement Programme certifies increased engine power and raises the Main Gear Box (MGB) torque rating to 117%. The aircraft was put through its paces in Colorado at Buena Vista and Leadville, which is 1 mile above sea level, to expand the high-altitude element of the take-off and landing envelope that will contribute to the overall 117% capability.

The testing at the high-altitude locations demonstrated safe landing and recovery techniques in the event of an engine failure, which pushed the aircraft’s capabilities to a certifiable-solution status.

Leonardo customer engineers, known as Field Service Representatives (FSR) – led by Mark Davies, rebuilt the Norwegian AW101-612 All-Weather Search and Rescue (AWSAR) helicopter on the East coast of America, in Baltimore, after it was shipped to the US by sea.

The Leonardo aircrew, comprised of Richard Parkes Flight Test Engineer, and Test Pilots Matt Grindon and Nick Wharmby, then flew 1,600 miles West across the US to the world’s highest airports for the handling, performance, and certification testing in Buena Vista and Leadville.

The aircrew then optimised the test scope and sequencing against the weather to exceed the plan. Nick Wharmby, Test Pilot at Leonardo Helicopters UK, commented, “the aircraft’s inherent capability and equipment fit, coupled with superb work from the FSR team meant the transit went exactly as planned.”

Kristian Daines, AW101 Performance Improvement Programme Manager at Leonardo Helicopters UK, said, “The testing ran to plan from day one, an astounding success for the teams in Colorado and Yeovil, and a phenomenal execution by all who made it happen.”

The aircraft then went on a self-ferry back to Leonardo in Yeovil, UK, via Canada, Greenland, Iceland and Scotland. The Norwegian AW101 NAWSAR helicopter will then continue its journey at the end of year for delivery to the Norwegian Ministry of Justice and Public Security.

Leonardo, a global high-technology company, is among the top world players in Aerospace, Defence and Security and Italy’s main industrial company. Organized into five business divisions, Leonardo has a significant industrial presence in Italy, the United Kingdom, Poland and the USA, where it also operates through subsidiaries that include Leonardo DRS (defense electronics), and joint ventures and partnerships: ATR, MBDA, Telespazio, Thales Alenia Space and Avio. Leonardo competes in the most important international markets by leveraging its areas of technological and product leadership (Helicopters, Aircraft, Aerostructures, Electronics, Cyber Security and Space). Listed on the Milan Stock Exchange (LDO), in 2020 Leonardo recorded consolidated revenues of €13.4 billion and invested €1.6 billion in Research and Development. The company has been part of the Dow Jones Sustainability Indices (DJSI) since 2010 and has been confirmed among the global sustainability leaders in 2021. Leonardo is also included in the MIB ESG index.