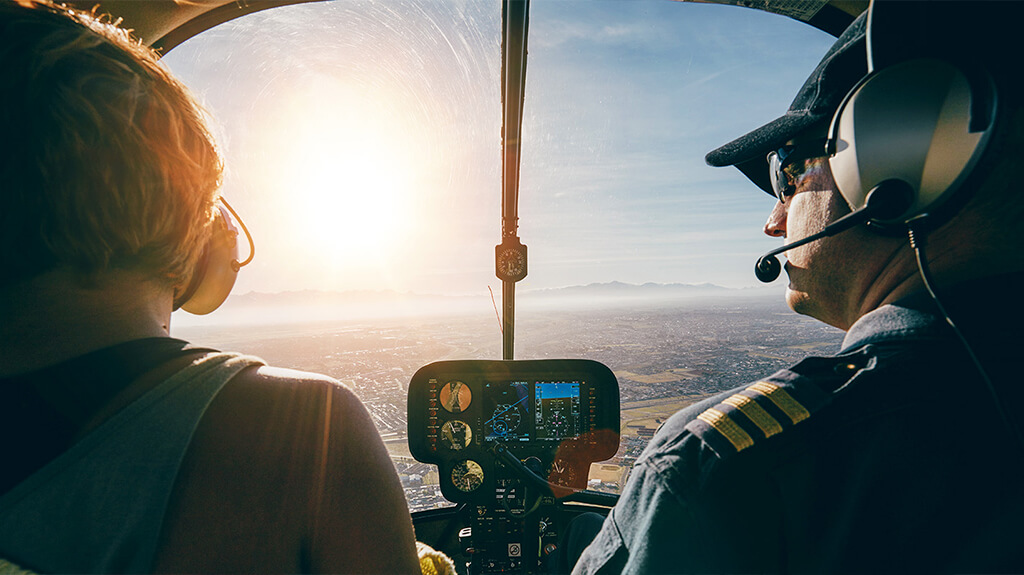 Unclear responsibilities between pilots can lead to a deadly outcome.

A flight review conducted by a CFI without significant make-and-model experience has come to be recognized as insidiously hazardous—especially when the client is also the aircraft owner.

It’s natural for the instructor to believe the client knows the aircraft, while the client simultaneously trusts the instructor to keep them both out of trouble. The result can be a dangerous vacuum of authority, with each party expecting the other to take the initiative in responding to the unexpected. In a truly urgent situation, this ambiguity can be disastrous.

A similar, if more obvious, dynamic applies when an experienced airman not trained as an instructor serves as a novice’s “safety pilot”—not in the 14 CFR 91.109 sense of training in simulated instrument conditions, but to guard against errors in procedure or judgment while flying VFR. Whether prompted by insurance requirements or general caution, the practice rests on the assumption that the high-timer will pay close attention and be quick to intervene when needed … neither of which is necessarily second nature to someone whose extensive pilot-in-command time doesn’t include teaching.

Add in the potential fatigue from a long cross-country flight—say, to deliver a newly purchased aircraft—and perhaps creeping complacency after uneventful hours in the air, and the veteran’s presence may provide less of a safeguard than either party believes.

On Sep. 25, 2018, an Airbus Helicopters AS350 B3e departed from the company’s factory in Grand Prairie, Texas. On board were four people: the 42-year-old private pilot and owner of the aircraft who’d just taken delivery of the helicopter; his two sons, ages 11 and 14; and the 53-year-old safety pilot, who was director of operations and chief pilot of two commercial operators that flew the B2 model of the AS350. The National Transportation Safety Board (NTSB) attributed his presence to “insurance coverage purposes,” though he’d also become friends with the owner over the summer.

Three days, 20 flight hours, and more than 30 assorted “sightseeing, fuel, and rest” stops later, they landed at Juneau International Airport (PAJN) in Alaska. After refueling, they took off again shortly before 10 am on Sep. 28, bound for their next fuel stop in Yakutat on the Gulf of Alaska.

The owner was the pilot flying, as he apparently had been throughout the trip. His plan was to leave the safety pilot in Wasilla before flying the last 60 miles home to Anchorage.

After clearing the mountains west of Juneau, the helicopter descended to 500 to 700 feet, heading northwest along the coastline. As it crossed Glacier Bay National Park about 60 miles northwest of Gustavus, the pilot asked the others whether they’d like to land on a beach to stretch their legs. A minute later, the safety pilot pointed out a long stretch of beach to their right, and the pilot began a right turn. The safety pilot’s hands were off the controls, and his feet were on the floor.

The pilot then twisted the throttle from the Flight to the Idle position and lowered collective slightly. Rotor rpm decayed into the gauge’s yellow cautionary range within 5 seconds.

Seven seconds after reducing power, the pilot reached for the center console to mute the low-rpm warning horn. Rotor rpm continued decreasing to its recorded low of 254 rpm, and 18 seconds after the initial power reduction the helicopter crashed into Lituya Bay.

All four occupants were thrown from the wreckage. The elder son regained consciousness in the water and managed to make it to shore. He was eventually rescued by the US Coast Guard and hospitalized in Anchorage. The safety pilot’s body washed ashore about three-quarters of a mile from the accident site. The bodies of the pilot and his younger son weren’t recovered.

The aircraft owner–pilot had more than 1,000 hours of fixed-wing experience. He’d logged 59 hours in the Robinson R44 while earning his helicopter rating. On Jun. 4, 2018, he completed the factory AS350 B3e transition course with 3 hours of dual instruction in the aircraft and 1 hour of simulator time. He got another 1.5 hours of dual at the factory on Aug. 5, giving him a total of 4.5 flight hours in the accident make and model. Over the summer, he flew 18.3 hours in an AS350 B2 operated by the safety pilot’s company.

The safety pilot’s widow told investigators that the owner–pilot’s skills impressed her husband and their company’s check airman: both considered him “a really good stick.” By the day of the accident, the owner–pilot had accumulated an estimated 103.8 hours of helicopter time.

The safety pilot held a commercial certificate with single-engine land, multiengine land, single-engine sea, and helicopter ratings, but he wasn’t a flight instructor. Of his estimated 15,350 flight hours, 4,350 had been flown in the AS350 series. His company flew no B3 models, however, and during an interview with investigators, the surviving son said his father seemed much more familiar with the details of this model than did the safety pilot.

The 2018 model helicopter had flown just 13.7 hours when delivered and about 40 hours by the time it crashed. It was equipped with a Genesys Aerosystems HeliSAS autopilot and stability augmentation system and an Appareo Vision 1000 cockpit image recorder that captured four frames per second. The FADEC (full authority digital engine control) system and the associated event data recorder (EDR) of the 952–shaft horsepower Safran Arriel 2D turboshaft engine recorded engine parameters and failure flags at 1-second intervals.

Normal procedure in the AS350 B3e is to twist the throttle from Idle to Flight during run-up and leave it there until completing the postflight engine and rotor shutdown checklists. Moving to Idle in flight would be done in a practice autorotation, but the NTSB noted that the beach wasn’t an ideal landing zone for a full-down auto, and the survivor told investigators they hadn’t done any autorotations on the way up from Texas.

By the time the investigators arrived, the wreckage of the fuselage had washed onto the beach and been partially covered by sand. More than 25 gallons of fuel were recovered on-site. Examination of the wreckage ruled out fuel contamination and showed no evidence of pre-impact failure of the engine, transmission, main rotor, or collective and cyclic controls. The tail boom and tail rotor were never recovered.

In the last 16 seconds captured by the FADEC and EDR recordings, the twist grip went from Flight to Idle to Flight to Idle and back to Flight. All recorded parameters responded appropriately to those inputs.

The Appareo recording captured not only images but also GPS coordinates and pitch, roll, yaw, and acceleration data. The last data stream showed that the helicopter was level at 618 feet and 116 knots, pitched 6 degrees nose down, before the pilot rolled the throttle to Idle. The instruments showed 395 rpm at 8.5 first-limit indicator (FLI).

Within 5 seconds, the FLI needle dropped to 1.75 and rotor speed decayed to 328 rpm; the only control input was slight left pedal by the pilot. The helicopter gained 12 feet of altitude while losing 4 knots of ground speed. The panel’s Horn light illuminated 1.75 seconds later when the pilot muted the low-rpm warning. Rotor rpm was down to 290 at 1.25 FLI. The helicopter hadn’t yet begun to descend but continued to slow, pitched 3 degrees nose up.

Four seconds later, “loose objects in the cabin showed an indication of a negative g-force.” The twist grip was still at Idle, and rotor speed was 259 rpm. Slight forward-left cyclic inputs were recorded, but it was unclear who made them; both pilots had their hands on their grips. Impact occurred 6 seconds later. The helicopter fell 600 feet in the last 10 seconds.

The details of the accident sequence defy ready explanation. Why did the pilot twist the throttle to Idle at 600 feet—after making 30-plus normal landings in the preceding three days? Why did his safety pilot fail to correct that move immediately, or at least after the panel’s twist-grip annunciator lit up? And why did the pilot mute the low-rpm warning horn rather than lower collective?

With the bulk of the pilot’s helicopter experience in the R44, whose low-inertia rotor system’s susceptibility to blade stall made it the subject of a Special Federal Aviation Regulation mandating specialized training, the horn might have been expected to trigger him to instantly lower collective.

The survivor told investigators that both his father and the safety pilot froze on the controls—and that he knew something was wrong right away because the phone on his knee “flew up and stuck to the ceiling.”

Shortly after the accident, he told a state trooper that his father looked “like a two-year-old … sort of in shock.” He recalled both pilots “snap[ping] out of their trance” just a second and a half before the helicopter hit the water, with his father yelling, “No!”

Not at all unclear is that a high-timer’s scrutiny of a new pilot doesn’t necessarily provide the safety margin both expect—particularly if that high-timer hasn’t cultivated a flight instructor’s reflexive paranoia.