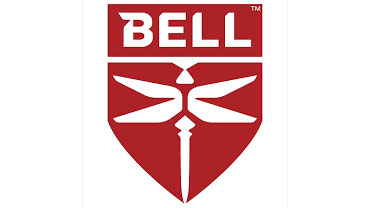 By Rotor DailyOctober 5, 2022No Comments

Getting any aircraft off the ground and achieving flight is, to many people, still nothing short of a miraculous achievement. But to fly the aerial equivalent of a small sedan around the world is perhaps more incredible.

In the grand scheme of human history, flight is relatively new. The first airplane flight was in 1903, and the first helicopter didn’t take to the skies until 1939. Vertical lift platforms, or helicopters, are typically more challenging to operate than fixed-wing aircraft. They have always necessitated a significant pilot workload and were not known for comfort or long range. Not until 1982, anyway. In September 1982, a Bell 206L LongRanger II, piloted by H. Ross Perot, Jr., and Jay W. Coburn, completed the world’s first helicopter circumnavigation of the globe. Starting in Dallas, Texas, a short drive from Bell’s Fort Worth headquarters, in the United States, the pair flew ‘The Spirit of Texas’ for 29 days, 3 hours and 8 minutes. They covered 26,000 miles (41,843 kilometers) in 246.5 flight hours, and crossed 26 countries, and 22 seas and oceans, before returning to Dallas.

The aircraft had to undergo some modifications before it was ready to embark upon its mission around the world. All non-essential features were removed and an extra fuel tank was fitted, in addition to pop-out floats, the best navigation, communication, and safety equipment available at the time. The aircraft was also painted in bright colors to enhance its visibility to other aviators.

During the incredible journey, Perot and Coburn stopped to refuel 56 times. Their route first took them north to Canada, through Greenland and Iceland; then to Europe. While in Europe, the Bell 206 landed at the Farnborough International Airshow, which was to see many more Bell aircraft and team members in attendance over the next 40 years – including the last one, in July 2022.

Departing the UK, Perot and Coburn flew over France ‘below radar’ as they could not make themselves known on the radio to the French aviation authorities, owing to their inability to speak French. They did manage a stop in Marseille, before more landings to refuel in Naples, Italy, and Athens, Greece. Next, they crossed the Mediterranean to North Africa (Egypt).

During the night of 11 September, the pair flew over the oilfields of Saudi Arabia, and noted the bright orange flames from the flare stacks. After a brief landing in Jeddah, the aircraft crossed over to Bahrain to refuel and then continued its flight, down to Muscat in Oman. The Asian leg of the trip began on the night of 12 September with a landing in Karachi, Pakistan. From there, the aviators made a stop in Delhi before embarking on one of the longest legs of the trip – down to Calcutta. This was followed by stops in Burma, and later, Japan.

Unable to land on the Russian Kuril Islands, Perot and Coburn refueled on the American container ship, S.S. President McKcinley, in the North Pacific Ocean, dramatically landing amidst 15-foot waves and winds of 40 knots. Squally winds continued and nearly caused them trouble with fuel shortages but they were able to manage each of the final legs by a whisker – which included chasing a bear off a runway in Alaska, before making it safely back to where their starting point in Dallas, Texas.

Perot and Coburn landed in Texas to a very warm welcome on 30th September 1982, making this year the 40th anniversary of the historic flight. The pair submitted their record flight for approval by the Fédération Aéronautique Internationale (FAI) for helicopter speed around the world, in an eastbound direction, averaging 35.9 miles per hour (56.97 kilometers per hour) and the journey appears in the Guinness World Records as the First Circumnavigation by Helicopter. They also achieved the fastest point-to-point speed record on the mission, between London and Marseilles, on 7 September 1982 with an average speed of 111.47 miles per hour (179.39 kilometers per hour). The helicopter was donated to the Smithsonian Institution and is now on display at the Steven V. Udvar-Hazy Center of the National Air and Space Museum.

Light single engine platforms could be used for a variety of purposes, spanning commercial, public safety and military missions. Small, light and powerful, with great visibility, the 206, and now the 505, have both proved to be extremely user-friendly platforms that continue to be a popular choice for pilots.

Not long after completing their circumnavigation, H. Ross Perot, Jr. and Jay W. Coburn received the FAA Gold medal from President Ronald Reagan, in honor of their great achievement.