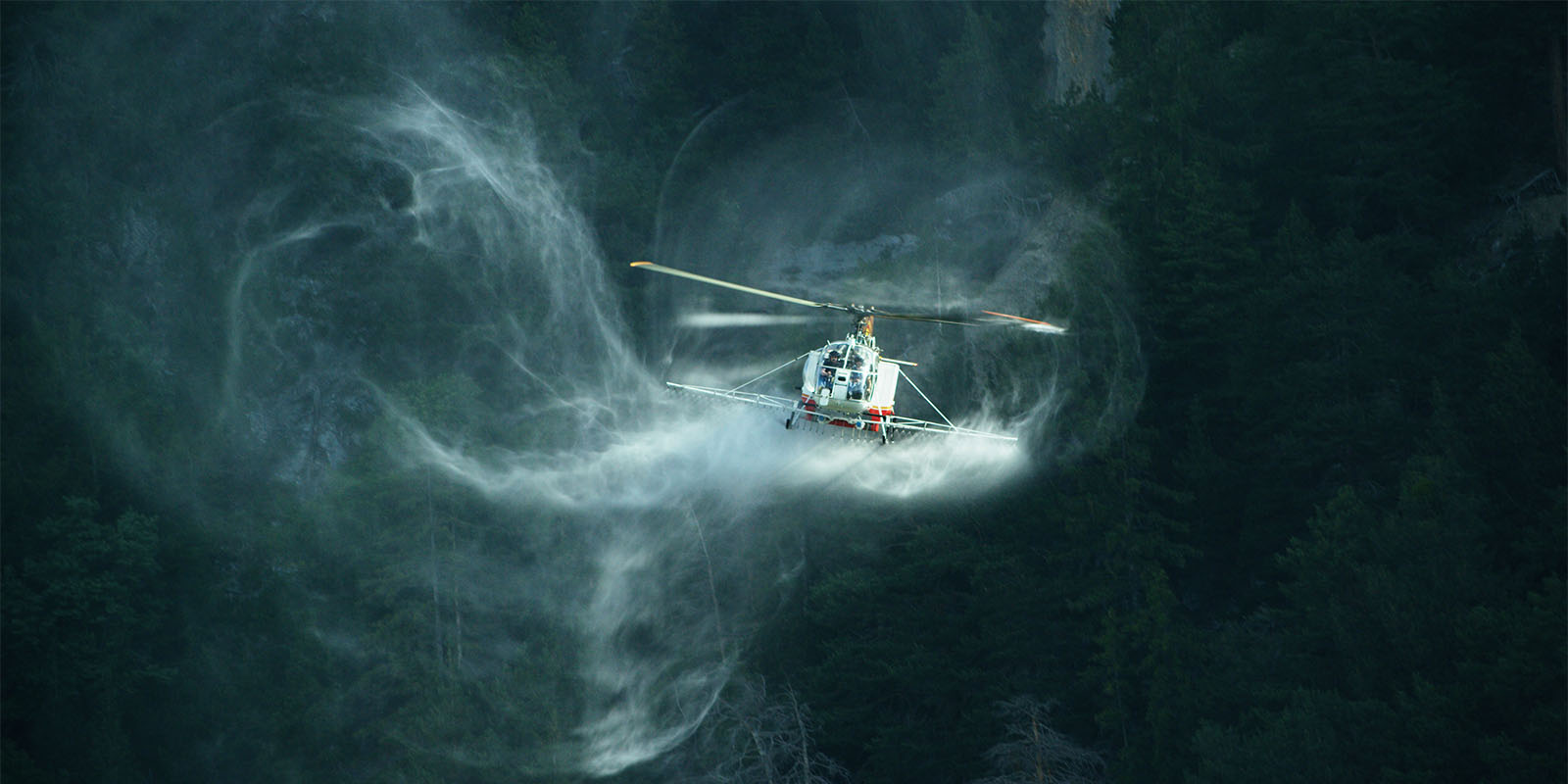 Claude Vuichard HAS spent his entire career flying in the challenging environment of the Swiss Alps, where winds change in the blink of an eye and altitudes limit recovery times when the situation goes south. Through his own brush with a potentially fatal situation, Vuichard discovered a new, safer way to recover from the vortex ring state. Since then, he’s been identifying additional recovery techniques for dangerous situations. He founded the Vuichard Recovery Aviation Safety Foundation (VRASF) to help spread the word.

Vuichard: I’ve been flying for more than 25 years for the Swiss government and performing search-and-
rescue missions. I started as a flight instructor and then flew many years in high-altitude operations, including rescue missions for Air Zermatt. I built more than 16,000 hours of flight time—some in airplanes, but most in helicopters—in utility, search-and-rescue, and training in the Swiss Alps.

What led you to discover the Vuichard Recovery Technique for recovering from the vortex ring state?

During a logging operation in 1987, I was descending to bring the line into the forest when suddenly the terminal upwind collapsed and I went into a vortex ring state (VRS). Somehow, I got out of it before the aircraft hit the trees. I spent the next several days thinking about it, doing drawings, and trying to discover how to better recover from VRS.

In mountain flying, you can’t go forward to escape VRS the way it had been taught before, because you have the forest and rocks in front of you. In mountain ops, almost all approaches lead to a dead end where an escape to the front is impossible. So I thought, Why not use the tail rotor?

In a hover, the tail rotor acts like a propeller on a fixed-wing, pulling you to the side. You’re adding cyclic in the opposite direction to hold a hover. If you add more power and release the cyclic, the ship goes sideways, so I was thinking I needed to catch the upwind part of the vortex to get out of the vortex. Of course, sometimes you can go forward to catch it, but what if you can’t go forward?

After two nights of making drawings and thinking about this, I went out to test my idea. I put the aircraft into a vortex, then added full power and countertorque with the pedal to maintain heading. I then pushed the cyclic in the opposite direction for a 15- to 20-degree bank, 1 second out, then back.

The normal pilot reaction when descending is to pull power and increase power pedal to maintain the axis. Now, you add 1 second of cyclic to the right for US helicopters, left for rotors that go the other way, then back. This affords a way to avoid the vortex completely as well as recover. Remember, pull the cyclic in the opposite direction of the power pedal.

I’m convinced we must have only one way to avoid and recover from vortex. We’re wired to remember what we learn first—that’s the danger of incorrect training. The Vuichard Recovery Technique works for any kind of hover, even sling loads.

“If you apply the Vuichard Recovery whenever you feel a sudden lightness in the seat at low G, you can avoid vortex accidents.”

If you feel low G at low speed, that means a vortex ring has started. If you apply the Vuichard Recovery whenever you feel a sudden lightness in the seat at low G, you can avoid vortex accidents.

How did you convince the FAA and EASA to accept your technique?

Tim Tucker, chief instructor for Robinson Helicopter Co., did much of the work. Tim was the big difference because he put his name on it and talked about it, putting it out in the world. He made numerous presentations at safety seminars around the United States, wrote magazine articles explaining the technique, and, of course, incorporated it into Robinson’s Pilot Safety Course and maneuver guides.

The big step came in 2015, when the US Helicopter Safety Team (USHST), consisting of representatives from the FAA, helicopter OEMs, and industry, went to Robinson for a meeting and Tim demonstrated the technique to all in attendance, including folks from Airbus, Bell, and Sikorsky. The USHST voted unanimously to endorse the technique and published a four-page airmanship bulletin on it.

Some manufacturers already had it in their POH [pilot’s operating handbook], which helped convince the FAA. They all agreed [that the technique] was a better way for vortex recovery, low G, even upwind approaches in the mountains when the upwind collapses. The FAA was the first civil aviation authority to accept and publish the technique. From there, we took it back to EASA, which also accepted it.

Tell us about the Vuichard Recovery Aviation Safety Foundation.

I kept hearing from people in letters and at conferences that using the technique saved their lives. I didn’t want to make money off saving lives, but I needed funding to train people in the technique and get the word out about it. I decided a foundation would allow us to share this educational information. That’s the purpose of the VRASF—to cover the costs of teaching these techniques, including through videos and publications on our website, and increase awareness about them. It’s my way of paying it forward.

The foundation is about more than just vortex ring state education, however. We have other techniques, for UIMC/IIMC [unintended or inadvertent entry into instrument meteorological conditions], slope landings, and quick-stops. You know, 40% of training accidents occur in auto­rotation training. We need to change that. Either we do all our autorotation training in the simulator, or we change the procedures.

I developed a technique that makes autorotations way, way easier. It’s like doing an auto in slow motion. The moment you start the flare, you use roughly a half inch of collective and less flare than what we were initially taught. Then, at the end of the flare, you level the helicopter firmly, which induces a high rate of descent and therefore consumes braking energy.

This technique enables you to do autos day or night, to ditch on glassy water without ground speed, into confined areas, to land upslope, and with no bad references due to flat light conditions. This technique reduces the risk of crashes tremendously in training and in real autorotations. We’ve put videos for all these techniques on the foundation website.

Have your safety tips and techniques made a difference in the industry?

I hear from organizations like the US Coast Guard, the Los Angeles Police Department, and Air Methods that they use the Vuichard Recovery. Other techniques, such as our autorotation technique, aren’t as well known, but we’re getting the word out.

Before COVID, I traveled all around the world doing Vuichard Recovery training sessions. Now, I’m looking to spread the auto­­rotation technique. The difficulty is that aircraft are certificated according to old procedures. To recertificate aircraft is too expensive, but the manufacturers could add a noncertificated/manufacturer procedure. That could increase the safety of operations, and we’re trying to encourage it.

I’ve also developed a technique for preventing wire-strike accidents. You need a clear, systematic WWW to avoid wires. That is, you check the wind, the wires, and establish the way for departure from off-­airport sites. I never accelerate a helicopter from a hover without performing the WWW. You also do it systematically on final approach to off-airport landing sites. When you do it systematically, you don’t fly into a wire due to your mental energy being distracted by other thoughts.

For all these procedures, it’s only a matter of changing the procedure and challenging yourself. Doing so protects you and helps you fly safely.