By Rotor DailyDecember 12, 2022No Comments 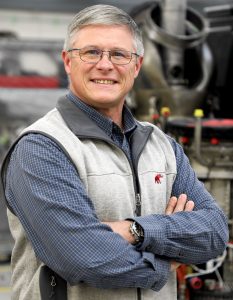 Aurora, Oregon – December 12, 2022 – Columbia Helicopters (“Columbia” or the “Company”) announced today that Executive Vice President Michael Tremlett has been named President/CEO effective January 1, 2023, to replace current President/CEO Steve Bandy who is retiring at the end of the year. Mr. Bandy will remain on the Columbia Board of Directors as Vice Chairman to continue to support the Columbia team. Columbia is a portfolio company of AE Industrial Partners, a U.S.-based private equity firm specializing in aerospace, defense & government services, space, power & utility services and specialty industrial markets.

“It is an extreme honor to take the helm of this incredible company and lead it into the next chapter,” says Mr. Tremlett. “I am looking forward to working with our entire team to propel Columbia Helicopters toward our 2023 goals and secure new opportunities while we continue to grow our services with our current customers.”

Mr. Tremlett has more than 26 years of military and civilian aviation experience, serving close to 20 of those years as a strategic business development leader in aviation manufacturing, MRO, and depot sustainment organizations. Mr. Tremlett joined Columbia as Vice President of Business Development in December 2021 and was promoted to Executive Vice President in July 2022. He has served in the U.S. Army as an AH-64 Apache aviator, commander, and later as a Commercial MRO Maintenance Test Pilot. Mr. Tremlett holds a Master’s Degree in Business Administration from Regis University and Bachelor’s Degree in Political Science/Psychology from the University of Alabama.

“Mike is an outstanding leader and I believe he is the right person to elevate Columbia to new heights,” says Mr. Bandy. “After a very fulfilling 34-year career, the time has come for me to retire. From my beginnings here as a copilot to my time as President/CEO, the adventures, challenges, and people of Columbia have been a dream come true.”

“Steve has provided tremendous leadership these past five years through some difficult global challenges, and we are extremely grateful for his work,” said Columbia Helicopters’ Board Chair Bill Boisture. “Through Steve’s leadership, Columbia Helicopters was positioned to quickly pivot and grow its services despite a constantly shifting economic climate. We are excited to support Mike and the entire team, and we remain strongly committed to the continued growth of Columbia’s three businesses: Global Aerial Operations; Maintenance Repair & Overhaul; and Aircraft Production as an OEM.”

ABOUT COLUMBIA HELICOPTERS
Columbia Helicopters is the global leader in heavy-lift helicopter operations and a trusted expert in maintenance, repair, and overhaul services. Backed by over 60 years of experience, Columbia operates internationally, often conducting operations in remote, austere conditions, providing safe and reliable aircraft and qualified personnel that meet demanding global transport requirements. Columbia leverages its position as the OEM for the Model 234 Chinook and 107-II Vertol, and the FAA Type Certificate holder of the CH-47D Chinook, to provide responsive modifications, lifecycle support, and MRO services trusted worldwide by a diverse customer base. For more information, please visit www.colheli.com.