“Don’t Let Anything Get in Your Way” 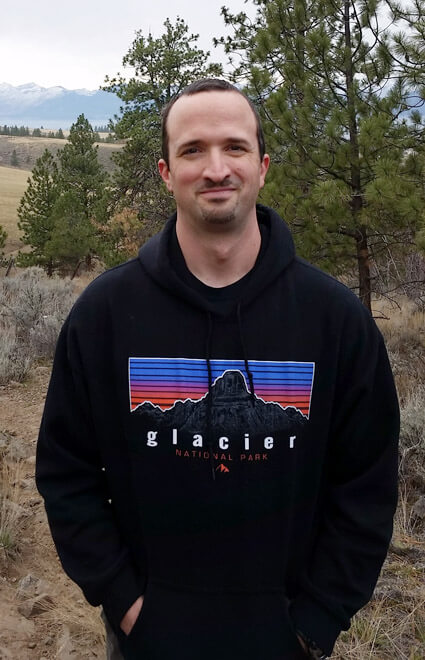 Helicopter Foundation International (HFI) scholarship winner Cory Oestreich’s desire to be in aviation started at a young age. Fascinated by the television show M*A*S*H, he loved to watch the helicopters.

As he grew older, that interest caused him to pursue a career in aviation. After Oestreich graduated high school, he attended a fixed-wing flight training program for two years at the University of Minnesota Crookston.

Realizing that his passion was for aviation maintenance, he transferred his credits to a two-year aviation maintenance technology (AMT) program at the Helena College University of Montana. He graduated in December 2017 with an Associate’s in Applied Science degree in AMT.

Oestreich participated in a couple of helicopter discovery flights and logged some flight hours with Hillsboro Aviation in Oregon. This led to a job with the US Forest Service helitack crew, Central Montana Helitack. He was a wildland firefighter as well as a helicopter crew member. Being in this position helped him make connections and build his network with a variety of helicopter companies.

Realizing the importance of continuing his training, Oestreich applied for and won the HFI Bill Sanderson AMT Scholarship. He used his scholarship to attend the Safran Arriel 2B/2B1 and 2D turboshaft engine maintenance course.

He is looking forward to continuing his training and plans to obtain his second-line maintenance qualification through Safran, as well as attend Airbus Helicopters factory training. Oestreich’s ultimate goal is to work for a helicopter air ambulance company.

When asked about his advice to those still working on their certification, he says, “Maintain an open mind first and foremost, and network whenever possible! Be willing to take less desirable jobs to eventually work your way up. Lastly, if aviation is what you want, just dive in headfirst and go for it. Don’t let anything get in your way.”

Allison McKay joined Helicopter Foundation International as vice president in 2015, where she focuses on programs that create a sustainable workforce, improve helicopter safety, and preserve industry history. Allison worked in marketing for aircraft OEMs before moving to charitable development.