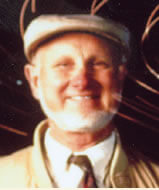 Dr. Carrol Voss, the founder of AGROTORS, Inc., and a pioneer in the use of helicopters in aerial application, died June 10 at his home in Maine at the age of 98. Voss joined the Navy Air Corps during World War II, serving as a flight instructor for PBY and PBM “flying boats.” He met his wife, Wilma “Jo,” who was also in the Navy at the time, and they married in 1945.

Voss continued his education and interests in entomology and aviation following the war, earning a doctorate at the University of Wisconsin. In the late 1940s, Voss received his helicopter pilot’s license and started working in the industry. After nearly a decade of working with helicopters and agriculture, he started his own company, AGROTORS, Inc., in 1958. The company became a leader in aerial application operations, later opening a flight school in the mid-1960s.

Voss served as a consultant with the World Health Organization, helping to establish aerial application programs for insect infestations in Africa. He was also a consultant for agricultural spraying in India, the USSR, and South America.

Voss began working with HAI in 1953 when it was still Helicopter Association of America. He was active in the Agriculture Committee and helped to produce a safety video about flying in the wire and obstruction environment. His son, Tim, who was also active in HAI, took over AGROTORS when the elder Voss retired in 1985.