By Rotor MediaJanuary 14, 2022No Comments

Helicopter Association International (HAI) is pleased to announce Dwayne Williams is the recipient of the Salute to Excellence Lifetime Achievement Award, sponsored by Bell. This award honors excellence in management and leadership and is granted to an individual for long and significant service to the international helicopter community. It will be presented March 7 at HAI HELI-EXPO 2022 in Dallas, Texas. 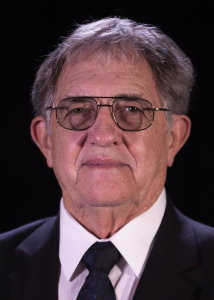 Dwayne Williams has enjoyed a long and storied career in the helicopter industry.

Since learning to fly in 1965 with the US Army, he’s accrued more than 16,000 hours of accident-free flight time and 57 years of experience flying combat, offshore oil-support, flight-training, and test-pilot operations.

Williams’s career began with a tour in Vietnam, followed by two years as an instructor pilot at Fort Wolters, Texas. After leaving the army, he joined Petroleum Helicopters Inc. (PHI), where he flew offshore in the Gulf of Mexico for almost five years.

In 1974, Williams was offered the opportunity to train Iranian Army pilots in Isfahan, Iran, for Bell Helicopter International. There, he put his military-standardization and instructor-pilot skills to strong use, soon becoming the chief pilot for the advanced flight training program, a position he held until the program ended in 1979.

Upon returning to the United States, Williams joined Bell Helicopter Textron as a production test pilot, demonstration pilot, and international delivery pilot. During this period, he traveled to virtually every corner of the globe promoting Bell and its products. He later joined Bell’s experimental test-pilot staff at Bell’s Flight Research Center and in 2000 became Bell’s chief pilot.

Williams was the first person to fly several Bell aircraft, including the 206L-3, 400, AH-4BW SuperCobra, and 230. He was also a test pilot on the first Bell/Agusta Model 609 commercial tiltrotor flight. His exemplary flying skills enabled him to become the company’s first acrobatic pilot, as well as the demonstration pilot for the 680-rotor system on the Bell 222. Williams also served as a test pilot for flights on the Bell XV-15 tiltrotor, the forerunner of the Marines’ V-22 tiltrotor aircraft. During this time, Williams was also appointed a designated engineering representative (DER) flight test pilot by the FAA.

Not long after retiring from Bell in 2005, Williams accepted the position of chief pilot, director of flight operations, at MD Helicopters, where he directed helicopter production and delivery flights as well as pilot and maintenance training. While there, he served on Embry-Riddle Aeronautical University’s advisory council, hosting helicopter students visiting the MD factory and supporting them as a mentor and advisor. As part of this service, he developed an annual MD 530 transition scholarship for the school’s top helicopter student-pilot graduate.

In 2013, Williams accepted the chief test-pilot position at Marenco, the designer, developer, and producer of the first Swiss-made helicopter, the SH09. There, he had the honor of performing the aircraft’s first test flight.

In 2015, Williams received the FAA’s highest honor for a pilot, the Wright Brothers Master Pilot award, which recognizes 50 years of safe flight with no accidents on a pilot’s record.

Through all his positions and experiences, Williams has left his mark across the industry. His multiple nominations for the Lifetime Achievement Award mentioned his dedication, friendliness, honesty, leadership, extraordinary skill, and desire to support others in their journey.

“I have always thought of myself as just a pilot,” Williams says. “I’ve taken this very seriously. In the world of test flying, the truth is, you’re responsible for everyone who flies in that aircraft after you. It’s a big responsibility, and it’s difficult. I have a strong work ethic and always aimed to do my very best. I always told the engineers the truth, whether they’d like it or not. To now be recognized by the industry and so many peers for doing a job the way I felt it should be done is really very humbling. It’s not just a measure of your skill, it’s a reflection of your entire career. I’m honored.”

The Lifetime Achievement Award will be presented during HAI HELI-EXPO 2022. HAI HELI-EXPO®, the world’s largest helicopter trade show and exhibition, will be held at the Kay Bailey Hutchison Convention Center in Dallas, Texas, March 7–10, with the exhibit hall open March 8–10. For more information on HAI HELI-EXPO 2022, visit heliexpo.com.