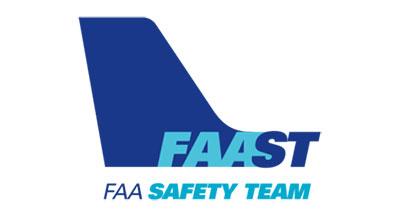 By Rotor DailyNovember 18, 2022No Comments

This message is intended to broaden the awareness to owners and operators of information related to a helicopter accident recently shared with the public by the NTSB. To explore the NTSB’s information in more depth, the NTSB’s public docket and preliminary report on the accident are the best resources. Likewise, the FAA’s airworthiness directive from 2012 noted in this message is available at https://drs.faa.gov/.

On October 31, 2022, the NTSB publicly released the docket (https://data.ntsb.gov/Docket?ProjectID=105233) for a Bell 407 helicopter accident that occurred on June 8, 2022 to N402SH (NTSB number: ANC22FA041). The accident occurred during a Part 135 on-demand air tour flight in Hawaii. Serious injuries were reported to three of the six occupants. According to the NTSB’s preliminary report, the helicopter was at 500-600 feet AGL between airspeeds of 122 and 127 knots. About 30 minutes into the flight, the pilot reported a violent upset occurred followed by an uncontrolled spin (yaw) to the right. The helicopter impacted an area of rough, uneven lava-covered terrain.

The NTSB’s preliminary report notes the tail boom separated from the fuselage at the point where the two attach. The tail boom of the helicopter came to rest about 762 feet northeast from the main wreckage. The upper left attachment fitting fastener (part of the tail boom attachment hardware) was not present and not located.

The NTSB’s investigation of this event is ongoing. The investigation has included communication with Transport Canada, the government organization with the primary state of design responsibility for airworthiness and continued operational safety of the Bell 407. Likewise, the investigation has included communication with Bell Textron Canada Limited as the original equipment manufacturer (OEM) of the Bell 407 and the FAA as the government organization that is the state of occurrence of the accident and the state of registry for the helicopter. As the investigation progresses, the FAA will continue coordinating with the NTSB, Transport Canada, and Bell Textron Canada Limited as the FAA determines if any mandatory airworthiness action is warranted.