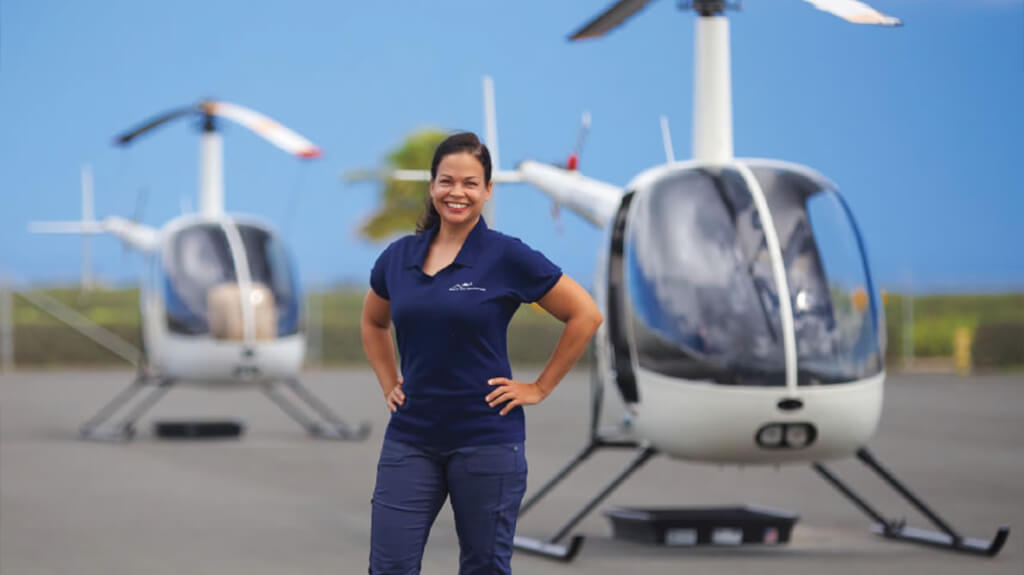 Melissa Cooper was inspired to join the aviation industry after watching recruiting videos from the US Coast Guard (USCG) and realizing the aircraft and pilots depicted were an essential part of her community’s public safety efforts. But the Kailua-Kona, Hawaii, resident learned she was too short for the USCG flight training program.

Melissa didn’t let that hold her back, however. In May 2017, she continued to pursue her dream of flying by obtaining her private pilot’s license. Today, she’s working toward her commercial license with the help of the HAI Foundation’s Commercial Pilot Rating Scholarship, which she won in 2019.

Currently, as a Coast Guard reserve officer, Melissa serves as the civil aviation subject matter expert to the Joint Rescue Coordination Center Honolulu, where she supports the center’s aeronautical search-and-rescue efforts. She’s also earning the flight hours needed to work for other potential employers, such as US Customs and Border Protection, the FAA, or emergency medical services organizations. Melissa would like to continue serving her community after she receives her commercial pilot’s license by flying for the Honolulu Fire Department.

Her advice to others hoping to become helicopter pilots is to take some time getting to know the industry first. “Take an introductory flight and sit in on some ground-school lessons. Make sure it’s truly what you want to do and that you’re a committed student.

“Flight training is fun but also challenging and very expensive,” Melissa continues. “Have a plan for your aviation goals.”

Victoria Pender joined the HAI Foundation as foundation coordinator in January 2019 after graduating from North Carolina State University in May 2018. She previously interned with the National Association of State Departments of Agriculture.