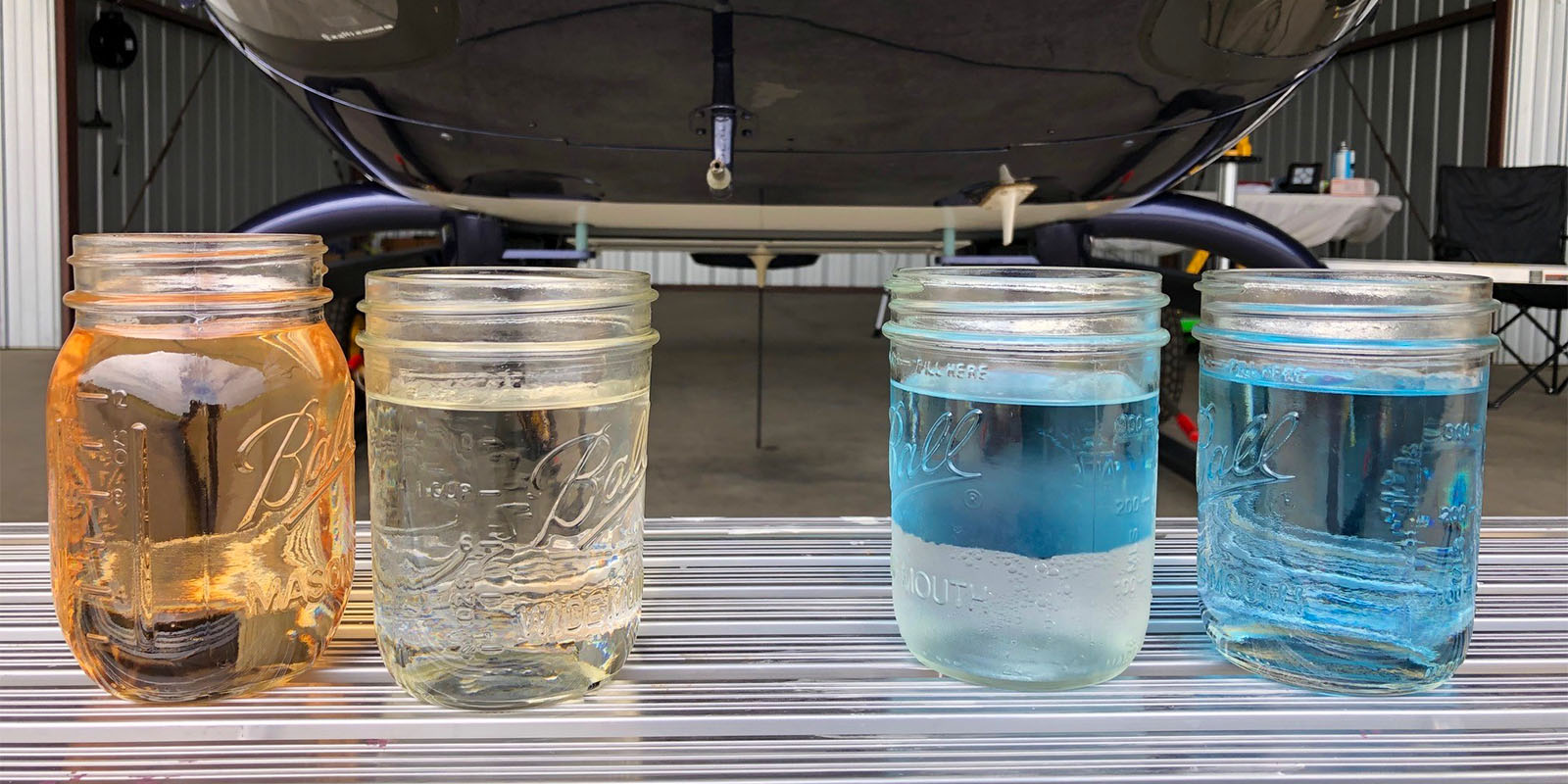 A preflight fuel sample helps ensure the safety of the aircraft occupants. Don’t skip it.

Let’s talk about something that’s important but sometimes dismissed by the pilot in command (PIC): fuel.

The PIC is responsible for making sure all aspects of the aircraft are airworthy before flight—including the fuel. Drawing a fuel sample (also referred to as sumping the tank) can be performed by someone other than the PIC, but he or she is ultimately the person responsible for ensuring the task is completed before takeoff.

Indeed, many Part 135 operations manuals say that if an aircraft is getting fuel from an unknown source, the fuel must be checked by the pilot before it’s put in the aircraft.

I beat the drum of PIC responsibility when it comes to fuel because I’ve seen pilots who haven’t performed or supervised the task in so long they need refresher training in it. No kidding.

How Much Is Enough?

Once you’ve decided to comply with the aircraft checklist and draw a fuel sample, how much fuel do you take from the aircraft tank or sump? You should draw enough fuel to have collected a sufficient amount from around the drain (the low point in the tank) to determine whether the fuel contains any contaminants.

Some aviators have shown me samples that wouldn’t fill a thimble. My response to them is, “What can you determine from that amount?” Did they draw a sample? Yes. Does the sample satisfy the checklist requirement? Maybe. Will it tell them if the fuel contains any impurities, such as water, dirt, or eroded fuel-bladder particles? Probably not.

You need to collect enough fuel to be able to ensure it’s clean. There are fuel-sumping containers available that will let you draw a respectable sample and then return it to the tank in a clean condition.

Fuel tanks made of bladder material can deteriorate over the life of the bladder, leaving very small, dark-colored particles in the fuel. Similarly, solid tanks can collect condensation over time if the aircraft is parked in a humid location. Water can even penetrate the tank during aircraft washing or heavy rainfall, or through vents or poorly sealing fuel caps.

And don’t overlook the tanks the aircraft is fueled from. It doesn’t matter if the tanks are permanently mounted above or below ground or if they’re housed in a fuel truck: the fueling tanks should be sumped periodically to ensure they, too, are clean.

The photo at the top of this article shows four fuel samples I drew myself to illustrate the significant visual differences between pure and impure fuel. The two jars on the left contain Jet A fuel; the one on the far left holds very old fuel sumped from a helicopter at an airport. The two jars on the right contain avgas.

The sample on the far right is clean; the sample next to it shows the water I added to illustrate what a contaminated sample can look like. Note the blue top half of the sample, indicating the gas, and the clear bottom half, indicating the water. (Water weighs more than gas and therefore settles to the bottom of the receptacle.)

Believe me, what you put in your aircraft’s fuel tank is important. One time, I was ferrying a brand-new EC130 from a completion center where it had received new paint, interior, and avionics. The helicopter’s engine and airframe had a whopping seven hours of use.

After getting the ship to the destination airport and refueling after the trip, I showed a rated student pilot the next day how to sump the tanks, because he was new to the aircraft and needed training. The fuel sample yielded about a gallon of fuel that looked like I had taken it from a mud puddle!

Do the sample. It’s too easy, and it’s one thing you have control over to protect your safety and that of your passengers and crew. Take advantage of it!