HAI is excited to announce that HAI President and CEO James Viola is one of the 12 new members appointed. We look forward to working with industry leaders and the FAA to help accelerate the safe integration of new advanced air mobility (AAM) technologies into the National Airspace System.

The committee provides independent advice and recommendations to the FAA on key drone and AAM issues. According to the FAA, the 12 members represent a variety of drone and AAM interests, including industry, research, academia, retail, and technology as well as community advocates and local government officials. After announcing its new members, the AAAC convened on Oct. 20 to set the strategic framework for AAM near-term operations. Committee members and FAA officials reviewed recommendations surrounding aircraft, airspace, operations, infrastructure, and community engagement.

The HAI team had the opportunity to connect with industry colleagues who are also shaping the future of the aviation industry. HAI thanks NBAA for hosting the event and congratulates them on their 75 years of service to the business aviation community. 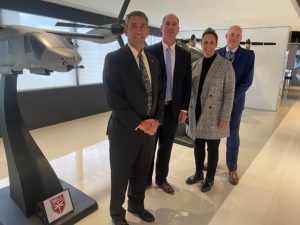 East Hampton Efforts to Cut Airport Traffic Blocked by Judge
On Wednesday, Oct. 19, a New York Judge blocked East Hampton’s efforts to close its airport and reopen it as a private facility.

Earlier this year, the small southeastern town of Suffolk County, New York, tried to privatize its airport in an attempt to diminish noise levels coming from air traffic. Over the past few years, East Hampton has experienced increased air traffic due to ride-sharing businesses. Consequently, the town has been seeking solutions that will give them greater control over the noise of air traffic. The town’s initial hope was that by privatizing its local airport, it could limit the amount of plane and helicopter landing operations.

Blade Air Mobility and East End Hangars Inc. filed a lawsuit to halt this move, arguing that the town had violated federal laws. New York State Supreme Court Justice Paul Baisley sided with the aviation companies last week, ruling that the town had “acted both beyond its legal abilities and in an arbitrary and capricious manner.” Furthermore, the Judge stated that the town would have to conduct an environmental study prior to enacting new flight restrictions.

HAI remains committed to working with all stakeholders in East Hampton and strongly encourages all operators to fly neighborly.

Although town officials have indicated that they are planning to appeal the ruling, justice has currently sided in our favor.

Eliminate Aviation Gasoline Lead Emissions Letter
The US Environmental Protection Agency (EPA) released a finding on Oct. 7, 2022, stating that “emissions from aircraft operating on lead fuel cause or contribute to air pollution which may reasonably be anticipated to endanger public health.” As a result of this finding, the Eliminate Aviation Gasoline Lead Emissions (EAGLE) initiative released a letter stating that the EPA’s finding does not require an immediate action or ban on the use of lead in aviation gasoline. Instead, it signals an eventual lead-free avgas future that will require a multistep regulatory process involving both the EPA and FAA.

In their letter, EAGLE made it clear that the EPA’s finding does not place any regulatory weight on airports, local, state, tribal or territorial governments operating airports, aircraft owners, or fuel suppliers. It also reminded airport owners and operators of federally obligated airports that they cannot impose unreasonable restrictions on the sale or use of leaded fuels at airports. Having a reliable and predictable network of airports maintaining 100LL fuel during the transition period is critical to providing a safe operating environment for piston-powered aircraft that operate nationwide.

As stated by the FAA, EAGLE is an industry and federal government collaborative initiative established to support the development and qualification of unleaded fuels and assist with coordination in getting those fuels to market. EAGLE’s objective is to transition to lead-free aviation fuels for piston aircraft by the end of 2030 without compromising the economic stability of the general aviation industry. Additionally, as fuel developers continue to work towards authorization and commercial deployment of unleaded fuels, the outcomes of their efforts to obtain FAA authorization will be key in achieving a lead-free future by the end of 2030.

HAI supports the EAGLE initiative and is committed to helping reduce the use of lead currently present in aviation gasoline through safe and efficient actions. We will continue to follow and analyze the EPA/FAA regulatory process to ensure that our members remain informed and prepared.

The EAGLE White Paper can be found here.

Advanced Air Mobility Coordination and Leadership Act
On Oct. 17, 2022, President Joe Biden signed into law S. 516, the “Advanced Air Mobility Coordination and Leadership Act.” According to a White House summary of the bill, the act requires the Secretary of Transportation to establish an advanced air mobility (AAM) interagency working group to review and examine factors that will allow the maturation of the AAM ecosystem within the United States and develop an AAM national strategy. Working groups will plan and coordinate efforts regarding AAM safety, operations, infrastructure, security, and necessary federal investment.

HAI has been an ardent supporter of the AAM Coordination and Leadership Act and is extremely pleased that the president signed this act into law. This new law recognizes the need for intergovernmental coordination and industry collaboration on AAM policy-making and creates the structure for aviation leaders to collaborate on next steps. This collaboration will amplify economic activity and jobs, develop new modes of transportation, advance environmental sustainability, and support emergency preparedness. 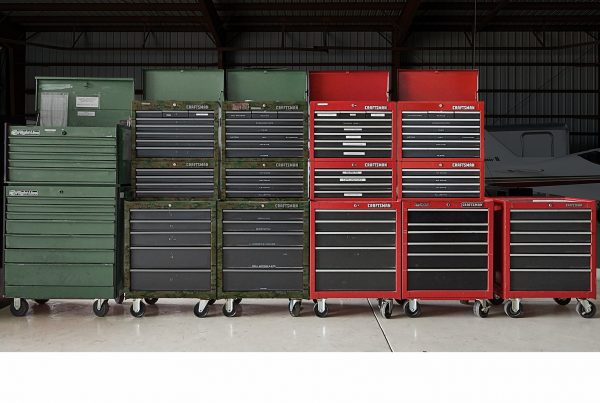 Tainted fuel could have caused helicopters to crash in NYC