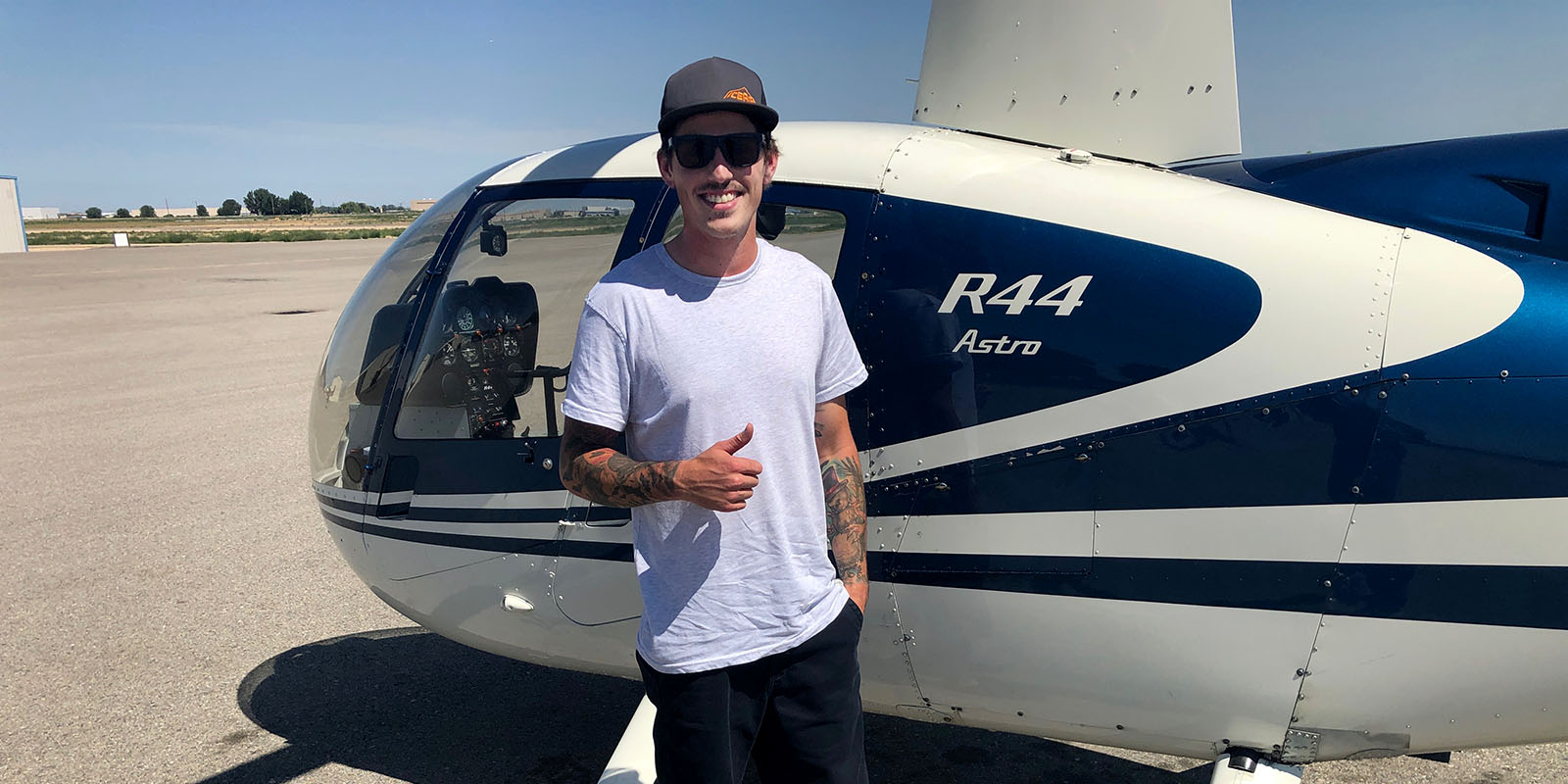 Growing up in Bozeman, Montana, Jordan Nieters had no aviation professionals in his family. His closest contact with helicopters was when he saw one hovering overhead one day. From that point on, whenever he saw a helicopter, he was so captivated that he dropped whatever he was doing just to watch it in action.

Jordan had always assumed military service was the only route to becoming a helicopter pilot, but four years ago he learned that wasn’t true. One day, Jordan raved to his then-fiancée (now wife) about a helicopter he’d seen, and she asked him if he could fly one locally. He found a local flight school and took an introductory flight.

By the next day, he was hooked on aviation and decided he wanted to fly professionally. Jordan worked six to seven days a week to save enough money to enroll at Silverhawk Aviation Academy in Caldwell, Idaho, in April 2019 and pursue his dream of becoming a pilot.

On Mar. 25, 2020, just one week before he was scheduled to take his commercial checkride, Jordan’s school received orders to shut down due to COVID-19. But he used the disappointment to his advantage.

“Flying is a ‘use it or lose it’ kind of skill,” says Jordan. “You can never study too much, so the time off has helped me dial in the ground knowledge and prepare for whatever the DPE [designated pilot examiner] throws at me.”

Although Jordan had to acclimate to learning online, he acknowledges that others had it worse than he did—at least he was still able to pursue his training. Once Silverhawk reopened in May 2020, Jordan successfully completed his commercial checkride.

Jordan says the tools that benefited him most during his training are collaboration and mentorship. He urges student pilots to form study groups to gain other perspectives.

“I found two other classmates who were motivated, and we dedicated a couple days a week to get together and study,” says Jordan. “Everyone interprets information differently, so working as a team helps you learn and comprehend the material a lot better.”

He also appreciated working with pilots who were willing to share their insights with newcomers like him. Without that, he says, it would be difficult to follow this career path. But potential mentors aren’t mind readers. “You’ve just got to ask!” Jordan says.

Jordan also realizes the value of networking and often chats with seasoned pilots to hear their success stories. (Read more about this effective career-building tool in “Stacy Sheard: All in for HAI,” p. 28, Q3 2020 ROTOR.)

Like many other aviation students, Jordan says the biggest hurdle he encountered as a student was financing his education. Not only did he have to come up with the money to fund his training, but he also struggled to support himself and his fiancée while completing his studies.

Winning an HAI scholarship was “a tremendous opportunity for me,” says Jordan, who used the money to help fund his CFI and CFII training. “I was one of the few students in my class who paid privately. Most of my classmates had GI benefits, so this scholarship helped me make payments on my Sallie Mae loan.”

In addition to his HAI scholarship, Jordan received four other aviation scholarships. His hard work over the years and the time spent filling out scholarship applications definitely paid off, Jordan says. He wishes every student knew about these resources.

“I don’t think many aviation students understand how many scholarship opportunities are out there,” says Jordan. “It’s great that organizations like HAI are willing to help the younger generation of pilots succeed.” 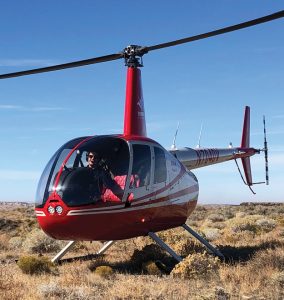 “I don’t think many aviation students understand how many scholarship opportunities are out there,” says Jordan Nieters, seen here in an R44 while training to be a helicopter pilot at Silverhawk Aviation Academy in Caldwell, Idaho.

Jordan continues to fulfill his personal and professional goals. He graduated from Silverhawk in August 2020 and soon after obtained his commercial license, CFI, and CFII. He got married in September 2020, and from September 2020 to March 2021 he taught helicopter flight and ground instruction to private, instrument, and commercial students at the academy.

“The most rewarding part about teaching is seeing your students achieve their goals and evolve from timid to confident pilots,” says Jordan. “It really helped me gain confidence inside the helicopter as well. I still have a lot to learn in my aviation career, but my time as a flight instructor really helped me hone my skills and become a more confident pilot.”

Jordan recently moved to Myrtle Beach, South Carolina, after accepting a job as a tour pilot at Oceanfront Helicopters, where he flies a Robinson R44.

His ultimate career goal is to become a utility pilot. “It takes all your focus, and you must be on your toes at all times,” he says. “From what I’ve learned about the utility sector, it seems like the right fit.”