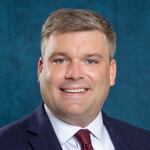 Strengthening its advocacy efforts and building on its track record of legislative wins for the helicopter industry, HAI has hired John Shea as its new director of government affairs.

Shea will track at the state and federal levels all legislative developments related to the helicopter industry. Reporting to Vice President of Government Affairs Cade Clark, Shea will meet with US congressional staff to advocate for HAI members on helicopter and general aviation issues.

Shea comes to HAI from the National Association of State Aviation Officials (NASAO), where he served as director for government relations in 2019 and as interim president in 2018. For NASAO, he coordinated advocacy and legislative efforts with Congress and federal agencies, and established the association’s legislative positions, goals, and timelines.

“His background of Hill experience and working with state-level officials means that John has a solid grounding in aviation issues,” Clark says. “By bringing him on, HAI has expanded our advocacy bandwidth tremendously.” Clark expects that Shea’s familiarity with the FAA, knowledge and experience in government affairs, and deep experience in association management and operations will enable him to quickly become an effective member of the HAI advocacy team.

“HAI’s advocacy efforts have resulted in big wins for our industry, such as when we successfully advocated against the privatization of air traffic control. But we can’t rest on past accomplishments,” says HAI President and CEO Matt Zuccaro. “Hiring John Shea is one way to communicate to the world at large that we intend to fight for our members.”

Shea will bolster HAI’s advocacy efforts in the following areas: