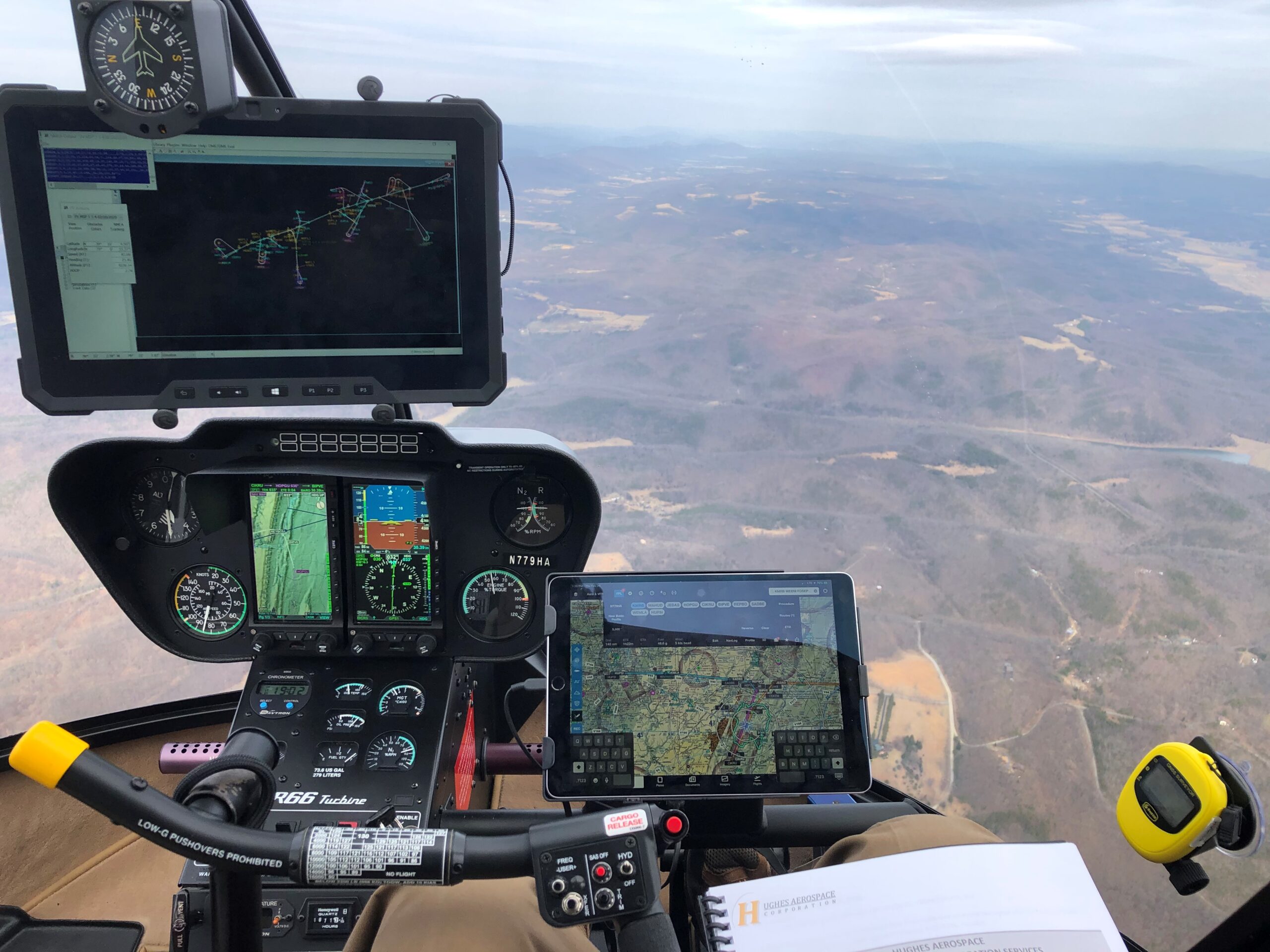 By Jen BoyerOctober 4, 2022No Comments

IFP and PBN Services
As a fully credentialed non-FAA air navigation services provider, Hughes designs, implements, and maintains IFPs worldwide. Its team is experienced in developing and maintaining Part 97 public and special IFPs. Hughes is also endorsed by the International Civil Aviation Organization (ICAO) as an air navigation service provider. The company, based in Houston, Texas, has participated in airspace projects that involve PBN throughout North America, Latin America, Asia, Europe, and the Middle East.

Hughes’s FAA-approved program includes validation services involving simulator, flight, and obstacle validation for both public and special navigation procedures. The company owns and operates its own aircraft and equipment, allowing it to advertise efficient and timely turnkey responsiveness for both new and existing procedures, including IFP maintenance and NOTAM service for clients.

In addition to holding an ICAO endorsement as an approved air navigation services provider outside of the United States, the company is part of the ICAO PBN Go Team and has worked with ICAO member states on PBN implementations.

The company also holds licenses for IFP design in the United Arab Emirates (UAE), from the UAE’s General Civil Aviation Authority (GCAA); from Oman for implementation in that country; and from the director general of the CAA in the Philippines.

Helicopter and UAS Services
Hughes is approved by the FAA to perform heliport evaluations. The company also provides heliport design, implementation, and certification and offers helicopters and uncrewed aircraft systems (UASs) with certification and imagery that can be used in safety and training.

Hughes released its own app, available for iOS and Android devices, in 2020. The app offers weather, NOTAMs, risk assessment, safety management system (SMS) reporting, safety or chart inaccuracy reporting, and the ability to file, activate, and cancel FAA flight plans, among other capabilities.