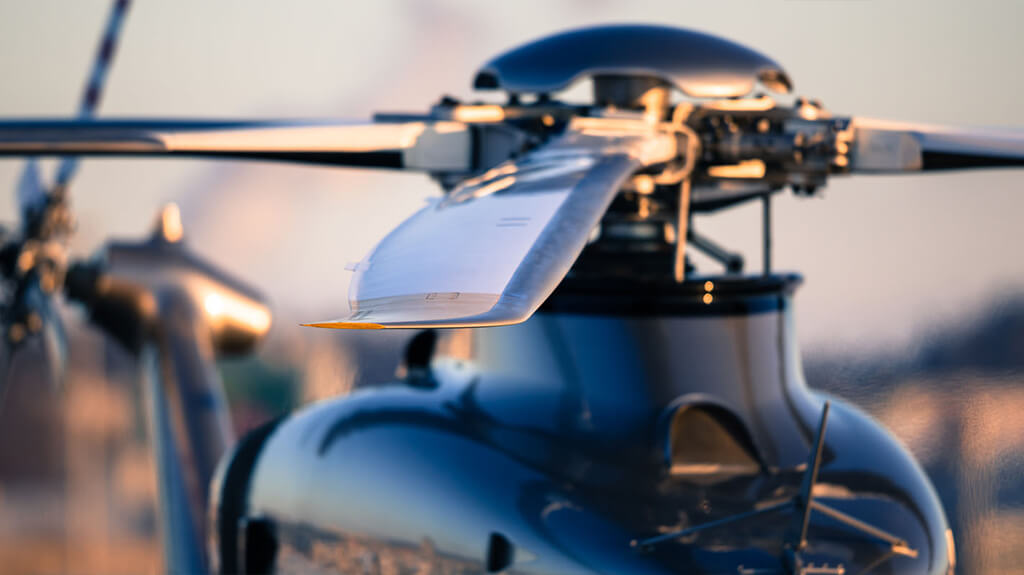 Celebrating the best in vertical aviation.

Every day, on every continent, members of the vertical-lift community do amazing things with helicopters and other vertical-lift aircraft. They get jobs done that can’t be done any other way.

But for some, simply getting the job done is not enough. Whether in a single instance or throughout a career, these pilots, maintenance technicians, flight instructors, safety professionals, operators, and industry leaders from around the world excel—and set an example of excellence that inspires our industry.

For more than 50 years, HAI has encouraged and celebrated the highest standards of professionalism within the vertical-lift community through its Salute to Excellence Awards. The awards reflect outstanding achievements from across our industry.

At the 2019 Salute to Excellence Awards luncheon on March 6 during HAI HELI‑EXPO 2019 in Atlanta, the following honorees were recognized. HAI congratulates them and celebrates their contributions to our industry. Their passion for excellence is an inspiration to us all.

Nominations for the 2020 Salute to Excellence Awards, to be celebrated at HAI HELI‑EXPO 2020 in Anaheim, will be accepted beginning May 31, 2019. Visit rotor.org/salute for more information. 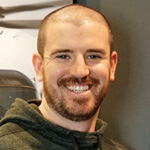 As editor-in-chief of Vertical magazine, Oliver Johnson works tirelessly behind the scenes to pull every issue together—no small feat, considering that the average print issue size is around 150 pages.

He guides the editorial contributors through every stage of the writing process, ensuring that their stories are both factually accurate and compelling to read. Most of Vertical’s contributors are industry experts who do not have a background in journalism, so Johnson works overtime to ensure that their expertise and passion reliably shine through in clear, well-crafted prose.

Johnson also contributes outstanding features and breaking news stories for the magazine and Vertical’s website, striving to write in a way that is not only informative and engaging but clear and concise for any reader to understand—whether or not they are familiar with industry concepts. He stays on top of industry trends by writing in-depth stories about the latest innovations.

For a story that appeared in print and online in 2018, Johnson carefully reviewed a 175-page crash report to find the buried lead, which resulted in a significant news story that reached more than 9,000 readers online. 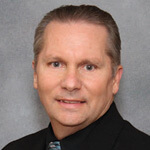 Wright joined Bell Helicopter as a V-22 pilot ground instructor after retiring from the US Marines Corps following 22 years of service. During his military and civilian career, he has amassed more than 7,800 hours of flight instruction, provided in six different Bell models and the Sikorsky CH-53.

During his years with the Bell Training Academy, Wright has been described as a gifted leader, helicopter pilot, and flight instructor who can articulate subtle and complex helicopter aerodynamics and relate them to his students in an easy fashion. Nominators also indicated that this outstanding instructor has the innate ability to transfer knowledge to his students in a way that is lasting and meaningful—Wright goes beyond the “how to” step in flight training.

Wright also provides guidance for the entire helicopter pilot community, contributing several published articles on autorotations and serving as supporting instructor for the FAA “Autorotations: Reality Exposed” presentation given at HAI HELI-EXPO® and rotorcraft safety symposiums from 2015–17. He also coordinated Bell Helicopter’s support of Hurricane Katrina relief efforts in August and September of 2005, and received a Certificate of Achievement from the US Park Police for assistance with an F-16 crash that occurred during a Bell 412 training flight for Park Police pilots 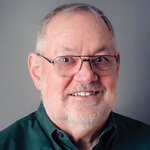 TJ Hall, airbase lead mechanic for Air Methods, started his career as a young enlisted helicopter mechanic and crew chief in the Marine Corps during the Vietnam War. March 2019 ushered in his 50th year in helicopter maintenance.

After spending 12 years in the marines and with multiple overseas deployments, Hall entered the civilian world of helicopter maintenance, obtaining his A&P license and going to work for Burnside-Ott as a contractor at Naval Air Station Whiting Field in Florida. From there, Hall was hired by ERA Helicopters to work in Louisiana’s petroleum industry until he transitioned to the helicopter air ambulance sector in 1992 to work at Air Methods. Nearly 30 years later, Hall remains working with Air Methods to this day.

Over his career, Hall served as Air Method’s lead mechanic at three different bases. He entered the management side of the business when he served as the program aviation manager (a job normally held by a pilot) for MedCenter Air in Charlotte, North Carolina, and was then promoted to the southeastern regional area maintenance manager.

After nearly a decade in the world of maintenance management, Hall decided to go back to “the line” and worked as a traveling relief mechanic before coming back to Charlotte, his current home, where he is once again working as a base lead mechanic.

Hall’s insight both as a mechanic and a leader have had a tremendously positive effect on the Air Methods program. He is always willing to work, and he most recently volunteered to be the deployed mechanic for FEMA recovery efforts after Hurricane Florence. 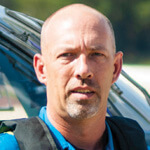 A native of the United Kingdom, Chris Sharpe spent 18 years in the British Royal Navy before beginning his civilian aviation career in 2010. He has considerable expertise as a combat flight paramedic and search-and-rescue crewman, with more than 15,000 flight hours and approximately 6,000 rescues to his name.

Sharpe has given his time—and often, his own money—to train and educate others. He developed and offered aircrew survival courses for the anti-narcotics and anti-terrorist units of the Guatemalan Air Force. He initiated the first community visit of a helicopter air ambulance to the Colegio Maya, a pre-K through 12 school in Guatemala City, acquainting future generations with the helicopter industry.

Sharpe also opened Black Wolf Helicopter Special Operations, which offers training and operational support to government and military helicopter special ops units, as well as charter and adventure flights. All Black Wolf profits go to support HeliSOS’s initiatives to provide first-class air ambulance and rescue services to all, regardless of ability to pay.

Sharpe’s nomination reads, “Chris does not teach with an air of superiority but with a spirit of collaboration and sharing.… His commitment to raising industry standards for safety, training, and patient care is above and beyond an employer mandate. It demonstrates a personal passion worthy of recognition.

Pilot of the Year Award 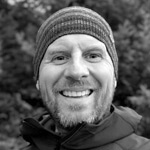 On August 4, 2018, a deHavilland Beaver flightseeing tour of the Alaska Range crashed with five people on board in Denali National Park, 14 miles southwest of the summit of Denali at an elevation of 11,000 feet. A call from the pilot of the downed airplane after the crash indicated some survivors had serious injuries.

Andreas Hermansky, a pilot for TEMSCO Helicopters in Alaska, mobilized the park’s helicopter to fly National Park Service (NPS) rangers to the accident site but was unable to reach the victims because of persistent cloud cover obscuring the wreckage. On August 6, Hermansky performed a short-haul mission with Chris Erickson, an NPS ranger. Hovering over the scene for just five minutes because of deteriorating weather conditions, the ranger determined there were no longer any crash survivors.

Weather conditions improved on August 10, allowing for a comprehensive evaluation of the wreckage during which Hermansky piloted a short-haul operation of unprecedented duration and difficulty. The entire mission lasted 51 minutes on scene. The ranger, Tucker Chenoweth, never disconnected from the 200-foot line because of the unstable terrain and weather.

Hermansky held a precise hover above the ranger and the crash site for approximately 40 minutes, repositioning the ranger multiple times to locate the deceased and to assess the feasibility of recovering remains and removing the aircraft from the primary flight-seeing route in the Alaska Range. This series of short-haul flights highlights Hermansky’s exceptional flying ability and his ability to work in concert with the ranger team to accomplish critical missions.

Hermansky’s work with the Denali program includes regularly flying short-haul and STEP rescue missions up to 20,000 feet. He has amassed over 2,600 of his 8,000 flight hours within Denali National Park and has completed nearly 300 search-and-rescue missions in Denali and national parks across Alaska. 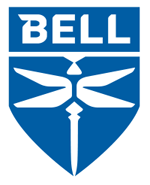 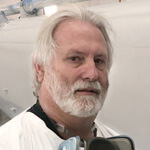 DeWitte Binkley, general manager at SureFlight in Coatesville, Pennsylvania, began his aviation career as an aircraft painter in 1977 at Atlantic Aviation in Wilmington, Delaware. From there, he ran the AgustaWestland helicopter paint facility in Philadelphia. While at Agusta, he worked with maintenance manager Mario Ceriani to design and mock up the first Agusta A109 wide-body test aircraft.

Binkley then moved on to Keystone Helicopter, where for 23 years he managed the paint shop. When Keystone was acquired by Sikorsky Global, he continued in that role, building relationships with customers worldwide.

In 2008, Binkley was approached by Robert Watkins, founder of Rampmaster, to consult on opening a new aviation paint shop called SureFlight. In 2009, the new venture opened, with just 3,600 square feet of hangar space and Binkley as the general manager and first employee. Under his leadership, SureFlight has expanded to more than 34,000 square feet. It now handles avionics and interiors as well as painting and is a certified FAA repair station.

One reason for SureFlight’s success is Binkley’s team. His goal is for customers to be delighted with their investment in their aircraft, and he knows that can’t be accomplished without the right people. Although Binkley has high expectations for quality and detail, he never asks more of the employees he works with than he asks of himself. He treats everyone with respect, as valuable members of the team.

Despite often working 60 or more hours a week, Binkley always finds time for charitable work. He has donated time and materials for painting and restoration of equipment for the Chester County Sheriff’s Department, including squad cars, a SWAT Hummer, and an emergency response trailer. Binkley also assisted Peter Wright, Sr., in developing the American Helicopter Museum in West Chester, Pennsylvania, donating time and materials to renovate aircraft for displays.