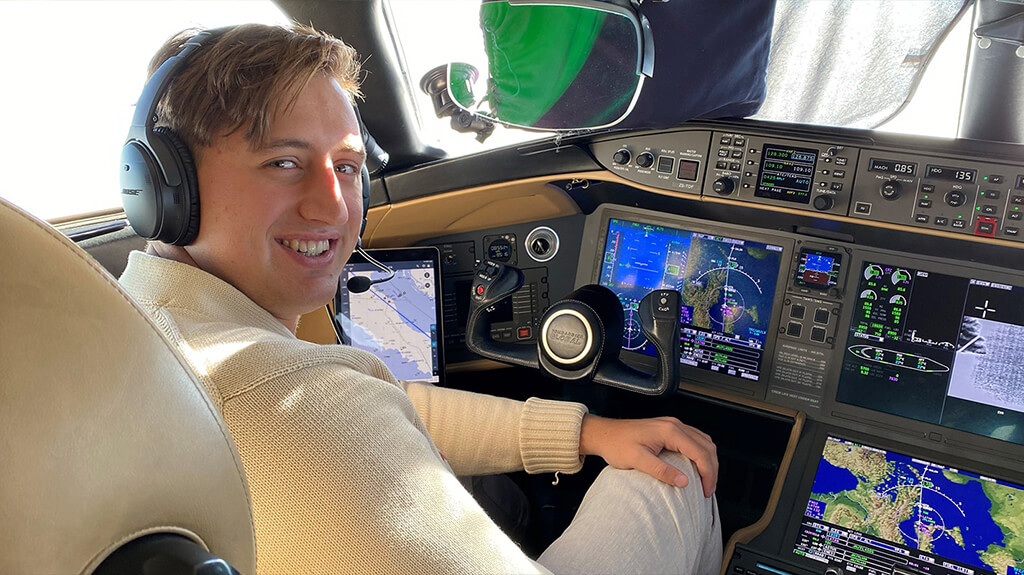 Student aspires to use piloting skills to help wildlife conservation.

Nic Tillim has known flying helicopters would be his life’s mission since his father introduced him to aviation at the age of three.

Nic’s dad works for a prominent family in Johannesburg, South Africa, that operates a private fleet of aircraft through its aviation business Fireblade Aviation. The company conducts a variety of missions, including game conservation, charter, and tour flights.

Most of his father’s missions didn’t permit Nic to ride along when he was growing up, but Nic relished the work photos his father would show him when he returned home. Nic was certain that, one day, he’d follow in his dad’s footsteps and pursue a career in aviation.

“Achieving my PPL and 50 flight hours was one of the greatest moments of my life,” Nic recalls. “Firstly, because it meant achieving the goal I had set for myself in my teenage years, and secondly, because I was fortunate enough to be able to do the training.”

Nic credits his success to setting both short- and long-term goals, which helped keep him on track.

“Having short-term goals during my training was, and still is, very important,” Nic says. “This is a career that takes a long time to make real progress in, so short-term goals are the stepping-stones that keep me focused and moving forward. At the same time, I always keep the end in mind.”

Creating goals was also essential for success because flight schools in South Africa require students to be extremely independent. Students are given 18 months to complete their PPL, which includes eight exams, and courses aren’t conducted in a classroom. Instead, students are responsible for teaching themselves their curriculums at home and scheduling flight hours with their instructors. Nic had a difficult time adjusting to this arrangement because he wasn’t a straight-A student in high school and was used to receiving extra tutoring.

“You can’t simply ask your professor a question about the reading—you must conduct research on your own, which can take time,” Nic says. “A lot of people struggle in South Africa with the learning environment. A full ground school for all the subjects and extra tutors can cost $2,500. If you can’t afford that, you have to teach yourself. I sat in my bedroom for two years studying.” 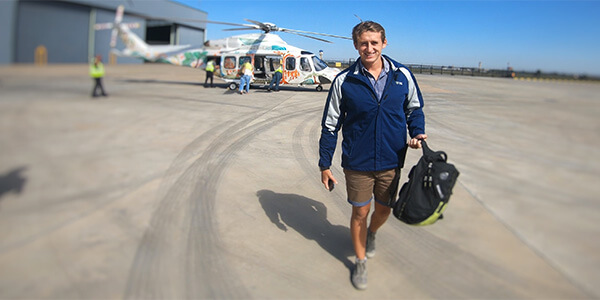 School costs presented a challenge for Nic while he obtained his PPL. Then, at HAI HELI-EXPO 2019 in Atlanta, he stumbled upon the $5,000 HAI Commercial Helicopter Pilot Rating Scholarship.

“We went to HELI-EXPO in Atlanta for my 20th birthday present,” says Nic. “That’s where I signed up for my ROTOR magazine subscription and first saw the list of scholarships available from HAI.”

Nic plans to use his scholarship to complete his last 100 flight hours for his commercial pilot rating and to build skills that will give him a leg up on other students competing for jobs in the field.

“Winning the scholarship is a huge honor for me, and I’m extremely grateful because I’m aware that very few students are given an opportunity like this one,” Nic says. “I took this opportunity to finally contribute to my own future, which a lot of people aren’t able to do until they’ve established themselves. Learning to fly helicopters is very expensive, and this scholarship will allow me to contribute toward my ratings for other aircraft, such as the Bell 206.”

The Bell 206 is widely operated in South Africa, Nic notes, and he believes getting Bell ratings will make him more desirable to potential employers.

Nic’s role models are the pilots at Fireblade Aviation, which operates out of the main airport and VIP terminal in his hometown. Nic has flown with several pilots at Fireblade in both fixed-wing and rotary aircraft. Most are former air force pilots who have always supported Nic’s goal to become a pilot himself and have encouraged him to stay focused.

“They’re my role models because they’re passionate, experienced pilots who are happy to engage with me whenever I have a question or need advice,” says Nic. Fireblade’s pilots also provide Nic with hands-on learning experience, which is critical to helping him pass his exams, Nic says.

Nic’s long-term career goal is to use his piloting skills to contribute to wildlife conservation and anti-poaching activities.

“Growing up in Africa, I got to see so many types of wild animals,” Nic says. “I want to be able to look after them because we need them. The opportunity to help ­preserve their lives and habitats while also living my dream as a helicopter pilot is a job I’d embrace ­wholeheartedly.”