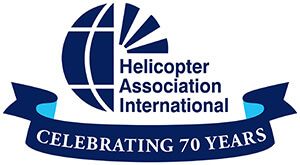 On December 13, 1948, just under three years after the first helicopter was certificated for civilian use in the United States, 15 men and one woman gathered in Burbank, California, at the offices of AF Helicopters. This group of risk-taking entrepreneurs who had invested in the potential of a brand-new aviation technology formed the Helicopter Council—a group that is today known as Helicopter Association International (HAI).

The purpose of the Helicopter Council, in part, was “promoting the interests of helicopter operators, for mutual cooperation and aid.” Since that momentous meeting, our organization has gone through a series of name changes. However, HAI’s current mission still remains fixed on our members: “To provide its members with services that directly benefit their operations, and to advance the international helicopter community by providing programs that enhance safety, encourage professionalism and economic viability while promoting the unique contributions vertical flight offers society.”

Today, HAI continues to promote the helicopter industry and safe flight, supported by a nine-member Board of Directors elected from member companies. Also assisting the association are 13 committees made up of volunteers who come together to address current problems and issues affecting our industry. HAI HELI-EXPO® remains the largest helicopter trade show and exposition in the world, attended by thousands of exhibitors and attendees every year.

Starting with a single person in the 1960s, HAI’s staff today includes more than 40 people dedicated to assisting our members in promoting the safety, efficiency, and profitability of helicopter operations around the world. HAI President and CEO Matt Zuccaro, a 50-year veteran pilot and aviation executive, and a former chairman of the association, has led HAI since 2005.