By ROTOR StaffJanuary 18, 2022No Comments

HAI director of flight operations was an industry icon. 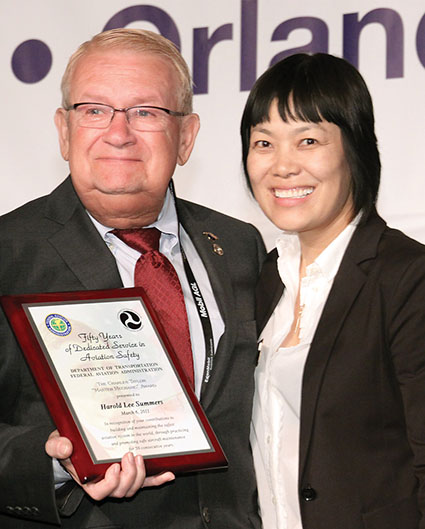 Hal was awarded the FAA’s Charles Taylor Master Mechanic Award in 2011 in honor of his more than 50 years of service in aviation maintenance. He is pictured here with his wife, Zhilin, receiving the award. (HAI/Lagniappe Studio Photo)

Hal’s extraordinary aviation career spanned more than six decades. After receiving his A&P license in 1960, he worked in Alaska and then in 1964 joined Petroleum Helicopters Inc. (PHI) as a mechanic–pilot. Hal steadily rose through the ranks at PHI to eventually become a VP with responsibility for maintenance. In that role, he presided over maintenance and support for a global fleet, overseeing more than 400 helicopters in the Gulf of Mexico alone. He later served as acting chief engineer for a joint venture between PHI and China Southern Helicopter Co. in Zhuhai, Guangdong, China, where he met his wife, Zhilin.

In 2004, Hal joined HAI, where he managed the fly-in and fly-out each year for HAI HELI‑EXPO®. In that role, he worked with local airports to coordinate staging and fueling sites and with the FAA to meet regulatory requirements. He then managed the arrival and departure of up to 60 helicopters to be displayed on the show floor at each Expo. Hal also worked with other HAI staff members, regulators, and industry stakeholders to resolve issues for HAI members.

Hal was equally active in myriad HAI working groups, industry working groups, and national and international regulatory committees and working groups, including several at the FAA. In 2011, he received the FAA’s Charles Taylor Master Mechanic Award, which recognizes 50 years of working in aircraft maintenance. 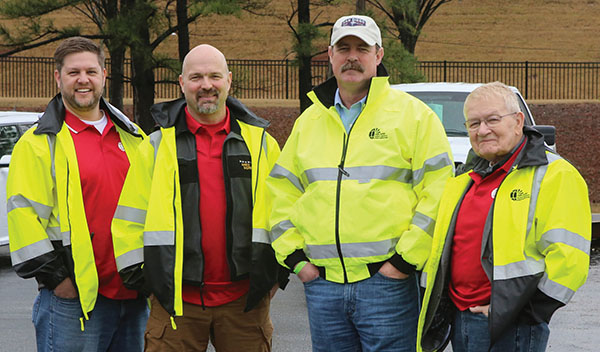 In directing the fly-in and fly-out each year for HAI HELI-EXPO®, Hal (far right) managed the arrival and departure of up to 60 helicopters to be displayed on the show floor. Here, he joins HAI staffers (from left) Cade Clark, VP of government affairs; Chris Hill, director of safety; and Zac Noble, director of maintenance and technology, at the 2019 Expo in Atlanta. (HAI/Robb Cohen Photography Photo)

In addition to his many achievements in the field of aircraft maintenance, Hal established an engineering department for PHI with the objective of designing, certificating, and producing medical interiors for the operator’s then newly formed Emergency Medical Division. In the ensuing years, he was responsible for the design, certification, and fielding of more than 50 air ambulance interiors.

Born in Newport, Oregon, in 1938, Hal and his family moved to Brewster, Washington, in 1939 and then to Cuba in 1949, when Hal’s father, Laurance, a minister, was asked by his ministry to relocate to the Caribbean country. The family returned to the United States in 1953.

In addition to his wife, Hal is survived by four children and a brother.