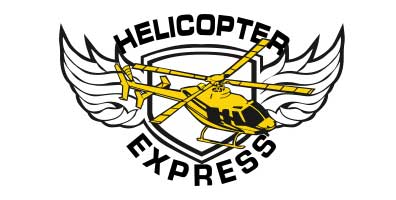 By Rotor DailyOctober 17, 2022No Comments

Helicopter Express of Atlanta, Georgia, is pleased to announce an expansion of its fleet with the addition of an S-64F Air Crane helicopter.

The company acquired the aircraft from the model’s original equipment manufacturer, Erickson Inc., becoming the first commercial operator to purchase an S-64F from Erickson. With a maximum hook weight of 25,000 lb., the heavy-lift aircraft will bring a new level of capability to Helicopter Express’s already versatile fleet.

“Helicopter Express has a reputation within the firefighting and government contracting communities for continuously innovating with state-of-the-art equipment,” said founder and CEO Scott Runyan. “The S-64F will continue our tradition of supplying customers with the best tool for the job.”

Following its proven model of employing the best talent when introducing new types to its fleet, Helicopter Express reached out to the seasoned professionals at Intermountain Helicopters (IMH) for their expertise. IMH’s vast experience with the S-64 platform has enabled Helicopter Express to assemble a supporting team with a combined 140 years of experience and 30,000 flight hours on the model.

Helicopter Express is among the world’s largest operators of several specialized rotary-wing platforms, with seven Eagle 407HP, six Bell 205A-1++ and four Kaman K-MAX helicopters in its fleet. The company operates these and Airbus H125/AS350 models for firefighting, search-and-rescue, construction and other missions.

In 2013, it was selected by the U.S. Forest Service to stand up the agency’s first nighttime aerial firefighting program since the 1980s, safely reintroducing operations under night vision goggles to the Forest Service’s arsenal of wildfire suppression techniques.

“We are excited to now add an S-64F to our growing worldwide commercial operations,” said Danny Hoss, Helicopter Express’s vice president, commercial services. “Its unique heavy-lift capabilities will allow us to bring our safe and professional helicopter services to new missions and customers.”