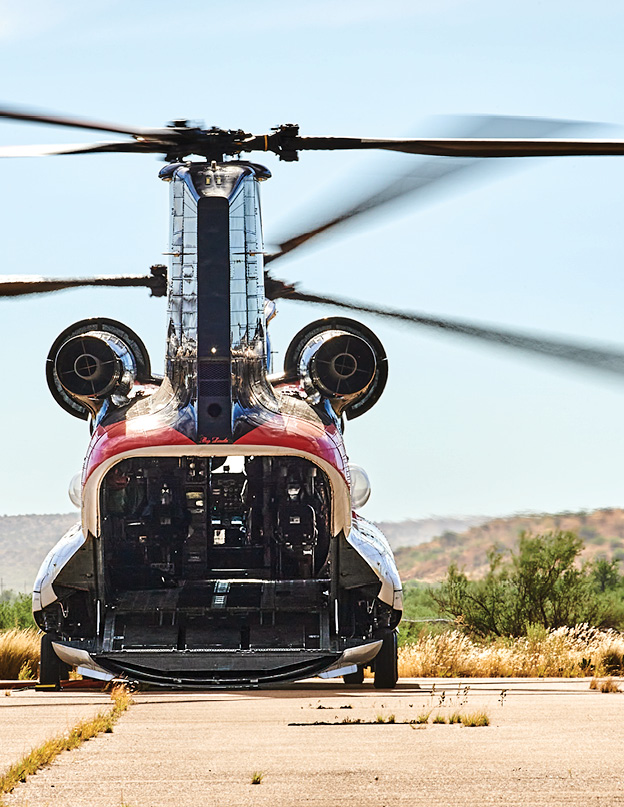 Helimax Aviation operates a small fleet of helicopters to serve a narrow range of missions. But being small doesn’t mean they work small. Example: this CH‑47D Chinook, nicknamed “Big Linda,” which is spinning up to battle a blaze in eastern Arizona.

It was July in the Grand Canyon State, which means high temperatures and frequent lightning storms that sometimes deliver more lightning than rain. The resulting wildland fires can spread quickly in the desert brush. It’s a big job, but hauling up to 2,600 gal. of water to the fight is just the kind of mission “Big Linda” excels at.