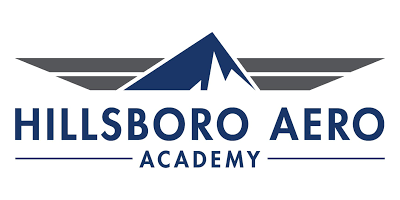 By Rotor DailyOctober 3, 2022No Comments

Hillsboro Aero Academy, a U.S.-based provider of helicopter and airplane pilot career training, has been designated a Title IV participating educational institution by the U.S. Department of Education.

The designation is awarded to post-secondary institutions for meeting high academic and administrative standards that prepare students for their future careers. Fewer than 1% of flight schools in the U.S. hold Title IV status.

With the school’s Title IV status, domestic students can now use college savings plans, known as 529 Plans, to pay for their training. They may also qualify for tax deductions on tuition and deferment of some federal student loans from previous schooling while they are enrolled with HAA. The school also intends to expand its third-party financing options available to students.

“This achievement truly reflects the career-focused training we’ve provided for more than four decades,” said CEO Natalia Cimpean. “All of our instructors and staff take pride in this designation, but we’re most excited about the benefits it can bring to our students.”

The announcement caps a two-year process of preparation and documentation. Hillsboro Aero Academy (HAA) was qualified to apply under its accreditation through the Accrediting Commission of Career Schools and Colleges (ACCSC). The school then applied for and received licensure under the state of Oregon’s Higher Education Coordinating Commission (HECC). To receive Title IV status with the U.S. Department of Education, the school was required to document its academic progress policy, its graduation and withdrawal rates, its program administration and record-keeping, in addition to many other aspects of its administrative and academic excellence.