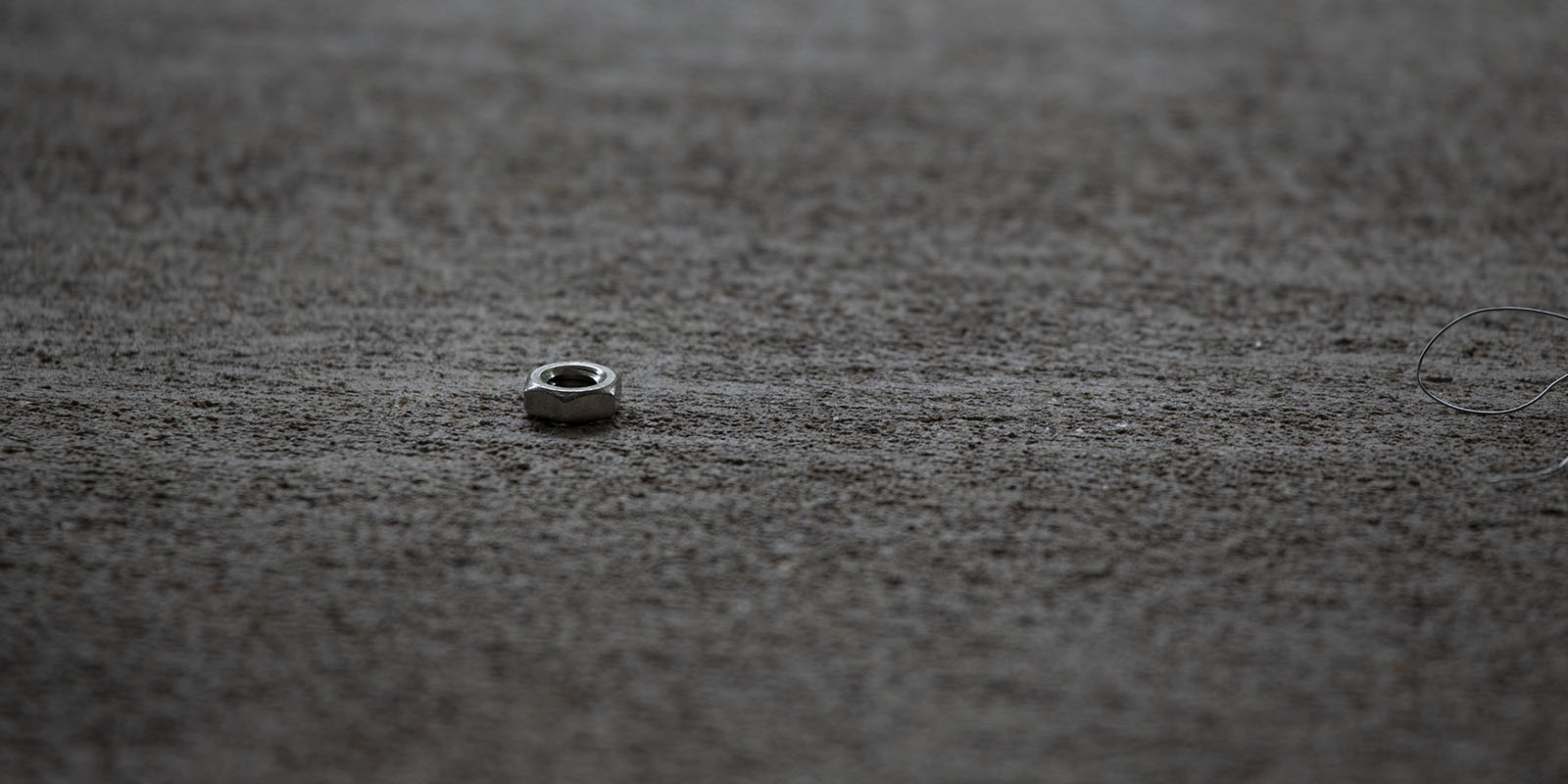 How Do You Control FOD in Your Operation? 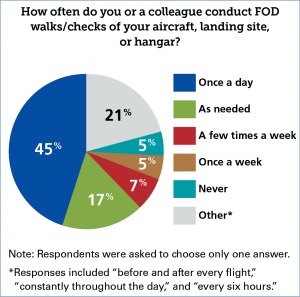 As any operator knows, foreign object damage (FOD) can endanger not only your helicopter and its ­components but, more importantly, the safety of your employees and customers as well. Tack on increased operating costs due to aircraft damage or potential incidents and accidents, and you have the makings of a true business liability.

To learn how our readers tackle FOD in their organizations, in August ROTOR conducted an anonymous survey through HAI’s ROTOR Daily newsletter and the association’s various social media channels. Many of the 42 rotorcraft professionals who responded mentioned four key measures they or their companies use to ­control FOD: 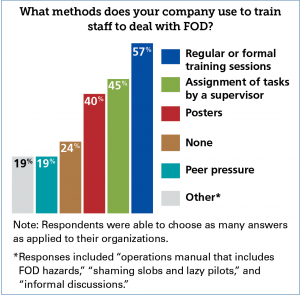 When asked what kinds of FOD they had seen, several readers mentioned plastic bags being ingested by engines or becoming caught in rotor blades; plywood being blown into ground-support vehicles or narrowly missing an aircraft; and pebbles or rocks ­damaging blades, engine cowlings, and windscreens. Other ­hazards cited included nuts and bolts, tin plates, work rags, and even a loose plastic fence that became a projectile!

Yet despite this awareness among our respondents, many in the vertical flight industry don’t always focus on FOD in their operations. “Helicopter operators don’t always give FOD the attention they should, because they’re used to operating in a contaminated environment, such as agricultural fields, logging areas, parking lots, and so on,” says Zac Noble, HAI’s director of maintenance and technology.

What about your company? Does it make eliminating FOD part of your safety culture? Read on to see what your peers are doing to tackle the problem in their organizations, and how their ­solutions may differ from your own.

How does your organization prevent FOD?

Nearly half (44%) of respondents secure all tarps and other loose items that can’t be removed from the work site that could be drawn into the rotor system.

79% double-check work areas and aircraft after task completion to make sure no hardware, safety wire, or similar materials are left on the ramp to potentially become projectiles.

38% use sweepers to pick up foreign objects.

We train staff to follow a thorough set of inspection procedures, using a checklist that includes areas on the aircraft where work has been performed, and floors and ramps in the area where the aircraft is being worked on, say 56% of respondents.

Only 15% of respondents say their organizations use magnets to detect debris.

18% don’t allow vehicles on their ramps, taxi areas, or runways, to prevent objects such as rocks and pebbles from outside the airport from entering high–aircraft-traffic areas.

What’s the best way to prevent or control FOD?

[Ensure that] everyone in the organization takes it seriously and that a just culture exists that doesn’t penalize honest mistakes or human error.

Have fortnightly/monthly briefings of all aviation stakeholders in your organization about FOD—its origin, its impact on flying, and mitigation processes. Hold a FOD “parade” or inspection of the helipad/heli-strip by all aviation personnel prior to the first flight of the day to remove any FOD present.

What products or services help to control FOD?