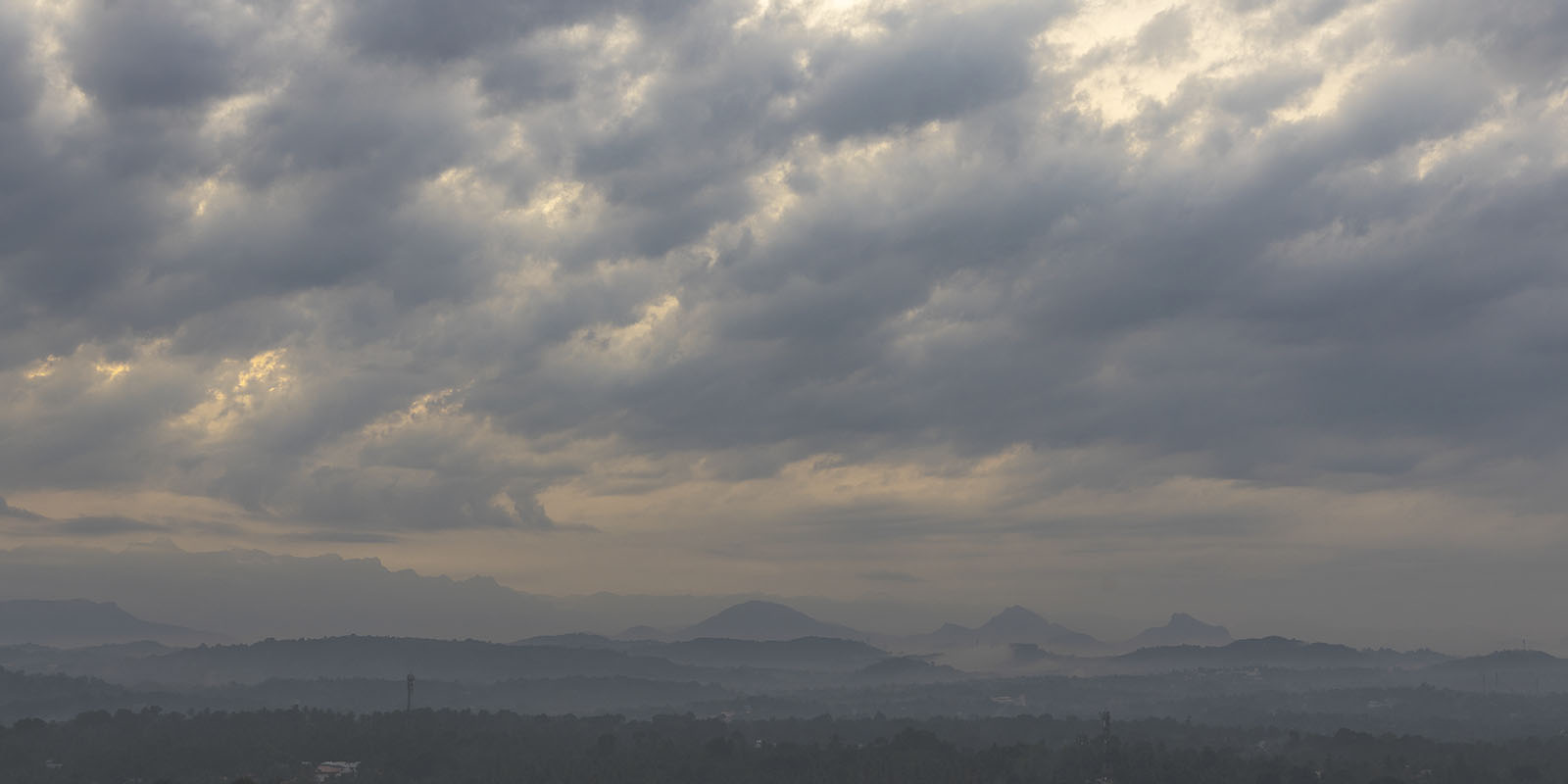 How I Survived IIMC

A pilot provides a gripping account of her IIMC encounter—and the techniques she used to beat the odds.

I always thought it wouldn’t happen to me—not that it couldn’t but that it wouldn’t. I thought that I would see the signs. I thought of myself as a vigilant pilot, always watching the clouds, always aware of what’s in the miles ahead of me so that I can’t get caught off guard. 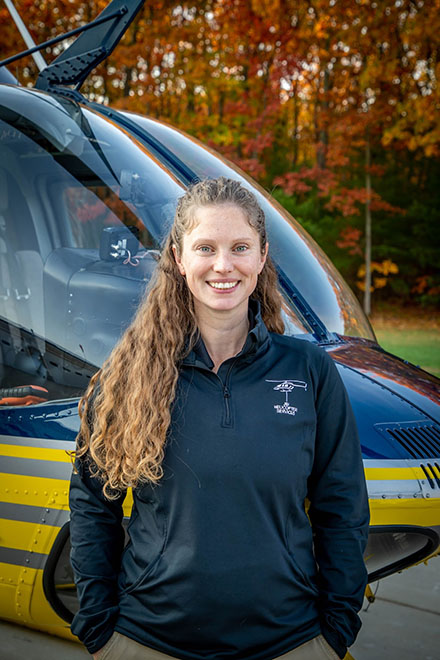 I also thought that if it ever did happen to me, an instrument-rated pilot and CFII with experience teaching instruments, I’d be mentally prepared to handle it.

I often wondered why pilots in a helicopter in this situation didn’t just slow down to a hover and land. I thought that’s what I’d do. But the truth is, when you’re in this situation the initial fear of realizing you’re getting backed into a corner triggers your fight-or-flight response.

My field of vision had already started to narrow. My ability to weigh my options and choose the best one was already limited before I punched into the clouds. As many helicopter pilots would say, I trained more for emergency response than how to prevent emergencies in the first place. (And, prior to this experience, I had no actual wet windshield time.) So I reverted to my inadvertent entry into IMC (IIMC) training.

While watching the clouds and checking weather, I had lost sight of the road. The precipitation and fog skewed my depth perception. I looked at my radar altimeter and saw 300 ft. I now had one option left—commit 100% to my emergency response training.

I thought briefly about my family and about my baby at home. Then I thought about the instrument-rated pilots before me who didn’t successfully transfer to IMC in declining weather. Then I made my decision to climb.

First, I transferred to my instruments, and then I initiated a climb. Within minutes, I punched into the clouds, and everything went white. As instructed, I never looked outside again, to avoid being more disoriented than I already was. I knew there was a mountain to my right, so I attempted to turn left.

I pulled in power to climb but saw my torque was getting high, so I reduced it again. This happened several times before I finally had the capacity to set it to 80% and leave it alone. I kept trying to turn away from the mountain, but I never chose a heading, so, ultimately, I just ended up in and out of the leans while getting closer to the mountain.

After about two minutes of utter panic, trying to get my aircraft to do what I wanted it to do, I knew if I didn’t get control, these were my last seconds to live. I told myself, “Climb and breathe. Climb and breathe.”

I narrowed down my instruments to two, the vertical speed indicator and the airspeed indicator. After several minutes of focusing only on them, I finally started putting some distance between myself and the ground.

Finally, I was able to add my altimeter to the scan. I knew once I got above 4,000, I’d be at a safe altitude. I knew the valley was at about a 300-degree heading, so, finally, I chose to fly that heading instead of turning.

Once I got to my safe altitude, I tuned to the nearest flight service station and told the controller I had gone inadvertent IMC and I needed help. He asked me to squawk 7700 and call Albany Approach. I complied.

During this time, my track shows I did a full, 360-degree right turn and was completely unaware. From the time I went IMC to the time I was in straight and level flight was a good 15 minutes.

Once I was on with Albany, the controller essentially told me I was at a good altitude and assigned me a heading of 280 toward the valley, blue skies, and several airports. The Albany controller informed me of any time my altitude or heading fluctuated and served as a crew member to me. I found it very comforting to know someone else was helping me essentially watch my instruments.

A local pilot in the area chimed in on the radio and said VFR conditions were ahead. He was right, and soon I broke between two cloud layers, the lower one being scattered, and I could see the ground.

After completely emerging from the area of bad weather, I informed the controller I could see the ground and requested to descend visually. Eventually, I asked for landing clearance at a nearby airport, where I landed safely.

Once on the ground, I was asked to call the Albany tower on the phone. I complied, and the same controller I was on the radio with asked me for my information. He commended me for getting on the ground safely, and I thanked him for his help.

What would I do differently if I could do the day over? I wouldn’t have flown at all! I had already delayed three hours, and the marginal conditions, combined with mountainous terrain, were more than enough to warrant rescheduling. However, we can’t see into the future and will never be right in our decision to fly 100% of the time, so assuming I did fly, I still had several more opportunities to make a safer decision and avoid getting backed into a corner.

One by one, I had lost my “outs.” As I approached the mountainous terrain, in seeing any low-level clouds, I should have gone around the mountain chain, rather than into the valley, so that I could have maintained the ability to divert. Once approaching the valley, I should have assumed that the reduced visibility would be precipitation and not have relied on the outdated weather report, which stated that the airport ahead of me had 10 miles of visibility.

In deciding to proceed, I should have slowed down more significantly so I would have had more time to react to the changing conditions. Once I started descending, to stay below the clouds, I should have acknowledged that the rising terrain was putting me below my personal minimums.

Once I started having trouble seeing, I should have turned around before it was too late. I shouldn’t have lost sight of suitable landing areas, but once I did, that should have immediately been my signal to turn around.

Just before reaching the mountain chain, there were blue skies with a few clouds high overhead. In my mind, the bad weather was behind me. Everything I’d been watching on the forecast, including the AIRMET for mountain obscuration, was all behind me. So as I approached the mountains, I let optimism and the idea that the bad weather was behind me skew my judgment of what I could see outside.

Once I accepted the situation I was in and decided to climb, there are a few things I did that saved my life, and a few things I could have done better.

Had I done these things, I likely would have gained control of the aircraft in a few minutes rather than 15.

I feel very lucky I was able to hang on and stay calm that long. If the situation were to be repeated, I don’t know if I’d be able to hang on that long again. If I had known how hard it was going to be, I’d have been more determined to prevent it.

I never gave up. Once I hit the clouds, I never thought of my personal life again. I shifted 100% into training. That’s the biggest reason I’m alive today.

Julie Pearson is a pilot, flight instructor, and safety manager for JBI Helicopter Services. She is grateful for the mentors she has had throughout her seven years as a pilot. Her motivation for sharing her story comes from a desire to give back to the aviation community that has given her so much.