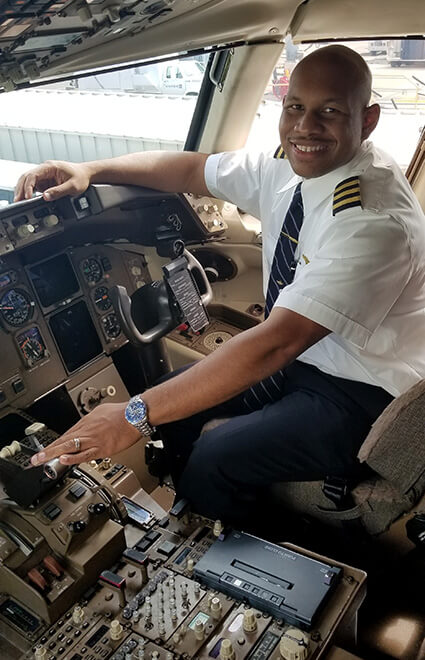 When black students see people like them succeeding in aviation, then they know they can do it too.

In 1976, 38 black US airline pilots—roughly half of all black pilots then employed by US carriers—met for two days in Chicago to discuss how they might increase the number of minority young people seeking to enter the field of aviation; the group ended up founding the Organization of Black Airline Pilots.

In the 44 years since, the group has renamed itself the Organization of Black Aerospace Professionals (OBAP) and embraced a broader focus: to increase minority participation in aerospace through exposure, training, mentoring, and scholarships. OBAP’s staff, volunteers, and mentors have touched hundreds of thousands of lives through the organization’s outreach and education programs. Still, less than 3% of US commercial pilots are black, and the number of black executives and engineers in aviation barely registers on the percentage scales. So much more work remains to be done.

Randall Rochon, a United Airlines 757/767 first officer and OBAP’s vice chairman, is the best kind of ambassador for the group: someone who has directly benefited from its work. Rochon had fallen in love with flying as a kid, choosing a career as a pilot over the FBI. He attended OBAP’s Aerospace Career Education Academy and benefited from OBAP mentoring and networking during college. Thanks to that support, Rochon received a Diversity in Aviation Scholarship from Western Michigan University in conjunction with the W.K. Kellogg Foundation, earning a bachelor’s degree in flight.

ROTOR: How involved is OBAP in promoting rotorcraft careers?
Rochon: A number of minority pilots enter the helicopter side of the business from the military. That’s the primary source of black and minority pilots in the commercial helicopter world.

But one of the things we’ve identified is the need to promote helicopter flying as an option to minority students. We don’t have numbers yet, but it’s pretty obvious that minorities are a very small percentage of the employment base there.

At OBAP Aerospace Professionals in School (APIS) events at elementary schools, students get to talk to the pilots and other rotary aviation people we bring out, and to check out the helicopters. For most of our kids, it’s the first time they’ve ever seen a helicopter up close or thought about possibly flying or working with helicopters.

Have you seen any positive results?
Yes, a little. And it’s growing. Just this year we were able, with the support of Airbus Helicopters, to provide two full scholarships for students to go to Airbus’s facility in Grand Prairie, Texas, and get their type ratings there in an Airbus helicopter. That was generous of Airbus.

Those two scholarship slots were filled within a week of our first announcing their availability, so demand was surprisingly high. There are lots of opportunities in the rotary world between the military, police, medical, and offshore operators. And I now have more and more students coming to me who are interested in helicopters.

Are there still barriers for minority kids trying to get into aviation?
Definitely. Aviation is something minority kids usually don’t think much about. And even if they do, they don’t know how to be involved in it.

That’s why we started the APIS program: to introduce elementary kids to the idea that there’s this whole big field that they’ve never thought about before in which they can, if they put their minds to it, build a very nice career.

But getting that career isn’t easy, and it’s not cheap.
Once students get serious about it and discover that becoming a pilot is going to cost $150,000, OBAP is here to help them think through the options. Are there ways to help them pay for it? Do they want to start looking at working in management instead of flying? Things like that.

And that’s really our No. 2 focus: mentor­ship. We talk with them about their options: going into the military sector, the cargo sector, aerial survey work, flying for police departments or medical operators, or engineering or management. OBAP is here to open their eyes to all the possibilities and opportunities available to them in the aviation world.

At the end of the day, it’s important to black students—especially those who don’t see others like them doing this, who begin thinking that maybe there’s not a place for them in this world—to see that there are people who do look and speak like them who are doing it. That communicates that they can do it too.

Not long ago, 80% of our students who entered college aviation programs wanted to be pilots. Now the split is about 60/40, with about 40% of them looking to become engineers, executives, or air traffic controllers or to get some other challenging and good-paying jobs in aviation. 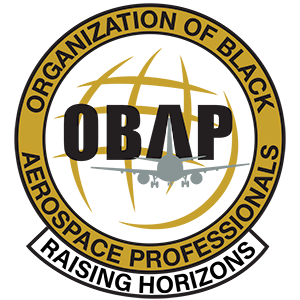 OBAP has four primary initiatives aimed at encouraging minority participation in aviation careers. Learn more or get involved at obap.org

School Events. OBAP volunteers visit with about 60,000 students during each school year through the Aerospace Professionals in School (APIS) program. APIS has materials designed for all ages, ranging from a basic introduction to aviation for children ages 6–10, often with a helicopter landing on the school’s playground as the “wow” moment of the visit, to more in-depth education on aviation and related careers aimed at middle-schoolers. The high school curriculum includes mentoring students and extracurricular programs on conflict and time management and decision-making skills.

Summer Programs. Working closely with the FAA, OBAP conducts about 30 or so weeklong Aerospace Career Education (ACE) Academies around the United States. To date more than 30,000 minority middle and high school students have attended. Topics range from the fundamentals of aerodynamics to aerospace careers. In addition, around 20 students ages 16–19 each year attend OBAP’s Solo Flight Academy. In this two-week program, students receive 40 hours of ground school and at least 10 hours of flight time. Once they meet FAA requirements, they’re cleared to solo.

Professional Training. The Luke Weathers Jr. Flight Academy, named for the first black air traffic controller for the FAA, offers Part 141 and Part 61 flight training to students from local schools in the Memphis, Tennessee, area. The program is designed to take students from zero time to the airline hiring minimum of 1,500 hours in two to three years.

Scholarships and Mentoring. Each year OBAP helps several dozen black or other minority students attend colleges with professional aviation degree programs, providing scholarships and personal mentoring from OBAP members. Through its Aerospace Professional Development Program, OBAP helps coach around 4,000 mostly minority young adults seeking or already holding jobs in the industry. Participants receive coaching on subjects such as job interview techniques and career planning as well as personal mentoring from OBAP members in defining their career goals and staying on track to reach those goals.