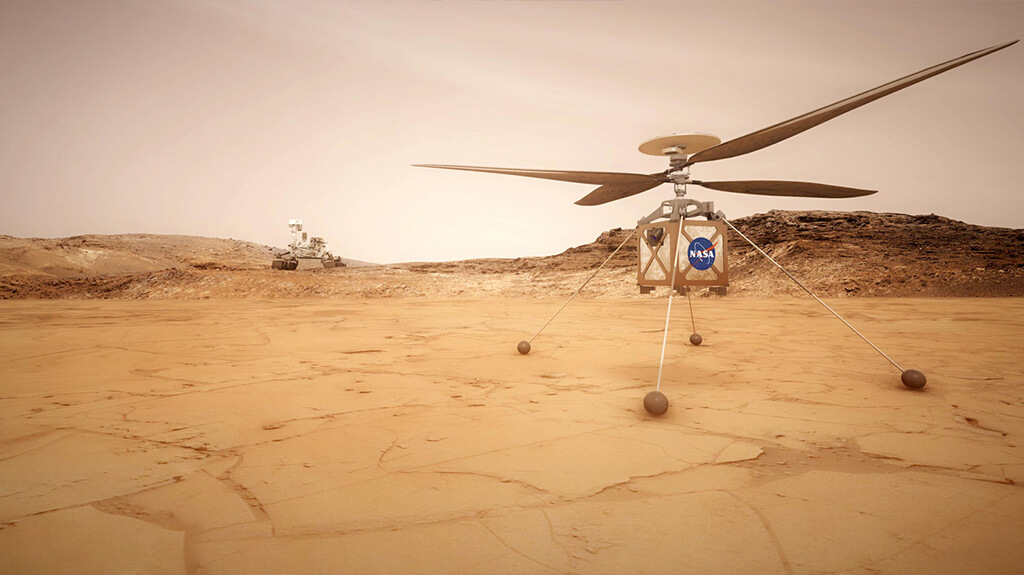 The aircraft’s composites manufacturer and aeromechanical engineer share how they overcame the odds.

The HAI@Work webinar on Apr. 29 was quite literally out of this world.

Some of the great minds that enabled a helicopter to fly on another planet joined HAI President Jim Viola at the event. The three presenters shared the process, design considerations, trials, and eventual success of creating rotor blades that let Ingenuity, the Mars Helicopter, fly on the Red Planet:

As of the time of the webinar, Ingenuity had flown three times on Mars, performing beyond expectations and the tests performed on Earth.

The successful flights were no small feat: the atmosphere on Mars is 1% that on Earth, making a simple 16-foot flight off the surface equivalent to flying at 100,000 feet at home.

The secret to the aircraft’s success lay in large part in the unique design of its oversized blades. Howard, Pipenberg, and Johnson shared fascinating details about Ingenuity’s design iterations as well as what was needed in the advanced composites chosen for the blades.

The presentation included several notable points about the challenges Mars presented and how they were overcome, including:

The presentation also included an engaging slide show and videos of Ingenuity being prepared, tested, and loaded onto Perseverance, as well as images and videos of the tiny helicopter’s adventures so far on Mars.

The webinar ended with Johnson, Howard, and Pipenberg taking time to answer many fascinating and wonderfully geeky questions from attendees.

To learn more about Ingenuity’s rotor blades and all that goes into flying on another planet, watch the video of the webinar.

Please join us May 6, at 4 pm eastern (UTC-4), for HAI’s Safety Symposium, where representatives from HAI, the FAA, and the US National Transportation Safety Board (NTSB) will join other industry safety professionals in analyzing an accident with the goal of preventing similar accidents in the future. 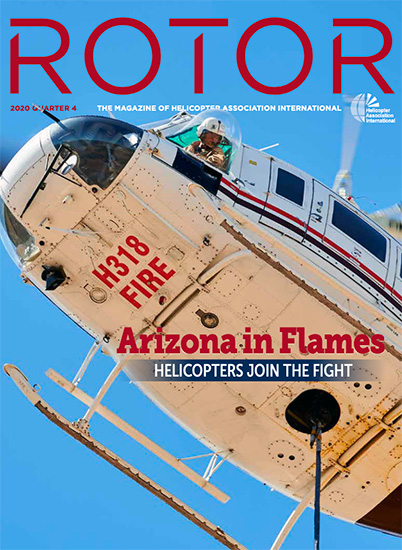 StandardAero to provide Air Nostrum with PW127M and APU services