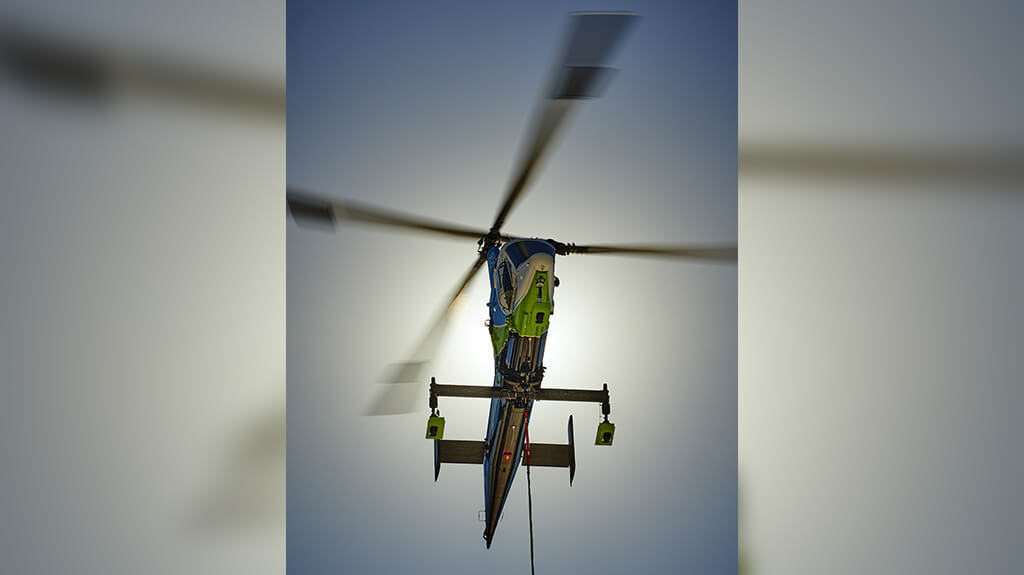 Rotak Helicopter Services, founded in 2016 to serve the telecommunications sector in Alaska, specializes in precision external-load ops. The company has since expanded to projects nationwide, including helping rebuild Puerto Rico’s infrastructure after Hurricane Maria.

Starting with a Eurocopter AS350 B2, the Rotak fleet now includes a Robinson R44 and R22, one MD Helicopters MD 500D, and three Kaman K-Max helicopters, two of which are from Kaman’s reopened production line.

In this image, a newer Rotak K-Max places one of 80-plus fan units, some weighing over 5,000 lb., on the roof of the Las Vegas (Nevada) Convention Center expansion. This project turned out to be the largest number of “picks” ever conducted along the Las Vegas Strip.