Past HAI President and CEO 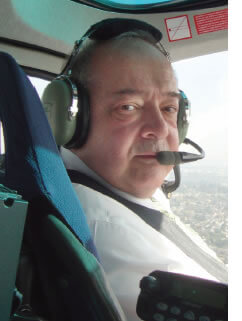 “Matt was one of a kind in our industry,” says current HAI President and CEO James A. Viola. “Throughout his career, he made safe helicopter operations his priority, and we are a better, stronger, safer industry today because of his efforts on behalf of rotorcraft.”

An HAI member since the early 1980s, Matt was elected to HAI’s Board of Directors in 1987 and served as chairman in 1991. He became president of HAI in 2005 and retired in January 2020. During HAI HELI-EXPO 2020 in Anaheim that month, Matt was honored with the FAA’s Wright Brothers Master Pilot Award, recognizing his 50 years of professionalism and skill as a pilot.

During Matt’s time leading HAI, the association was a forceful advocate for its members on regulatory and legislative issues. When topics such as veterans’ flight-training benefits, air traffic control privatization, user fees, and the safe integration of drones into the airspace were debated, Matt and his team were there—often as the only ones representing the helicopter industry.

Among his many accomplishments, Matt may be best remembered for a 2013 ROTOR column encouraging pilots to “land the damn helicopter” in situations in which, by proceeding, they would endanger themselves and their passengers. From that column, HAI’s Land & LIVE program was born, saving countless lives around the world—a fitting legacy for a man who was passionate about safety in the industry he loved so much.

For more information on Matt’s life and career, please see the Winter 2020 issue of ROTOR. 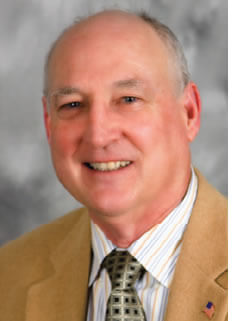 Mike grew up in Portland, Oregon, and graduated from Portland State University in 1966 with a bachelor’s degree in accounting; he became a CPA in 1968. From 1966 to 1975, Mike was employed by Arthur Young & Co., where one of his assignments was an auditing project with Columbia Helicopters, a small but growing firm with a hangar at Portland’s Swan Island Heliport. There, he met Columbia founder and industry pioneer Wes Lematta, with whom he worked closely for many years. He joined Columbia in 1975 as the company’s director of finance and was later named VP of finance.

Mike was also involved in business and program development at Columbia, including acquisitions and contract negotiations. During his tenure with the company, he played a significant role in many initiatives, including purchasing Columbia’s first Boeing Model 234 Chinook. In 2006, Mike negotiated the purchase of the type and production certificates for the Boeing Model 234 Chinook and Vertol 107-II helicopters.

In January 1998, Mike assumed the duties of executive vice president in addition to those of VP of finance. In April 1999, he became company president, and in January 2012, CEO. Additionally, Mike served on Columbia’s board of directors. He retired in December 2014. 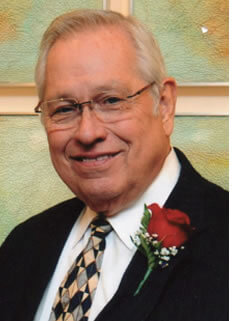 Elling B. Halvorson, founder and chairman of the board of Papillon Grand Canyon Helicopters in Boulder City, Nevada, died Apr. 16, 2020, at age 88. With the opening of his helicopter tour company in 1965, he is credited with creating the site-specific helicopter tourism sector.

Before starting Papillon, Elling owned a construction company that specialized in geographically remote, difficult projects. In 1960, on one particularly challenging project for AT&T in the Sierra Nevada Mountains, Elling bought his first helicopter, a Bell 47G-3B-1, to ferry workers and light-construction materials up and down the mountain.

The project that spawned Papillon and its focus on providing aerial sightseeing tours took place in the Grand Canyon, where Elling and his team used helicopters to help build a water pipeline. Flying workers and clients to job sites in the beautiful landmark led to requests for scenic helicopter flights outside of working hours. To satisfy this new demand, Elling established Papillon, the first aerial sightseeing company to fly the Grand Canyon.

Sensitive to the concerns of Grand Canyon visitors, Elling challenged the top helicopter manufacturers of the time to create quieter aircraft. He developed the Whisper Jet helicopter, for which he designed a muffler that used passive noise cancellation technology.

Elling was a strong advocate of giving back to the helicopter industry. A longtime member of HAI, Elling served two terms as chairman of the association’s Board of Directors. In 1986, he cofounded the Tour Operators Program of Safety, a group bringing together air tour operators to develop operating standards and best practices for safety that exceeded regulatory requirements. He was inducted into the Vertical Flight Hall of Fame in 2016.

More information on Elling’s career can be found in this 2011 ROTOR interview. 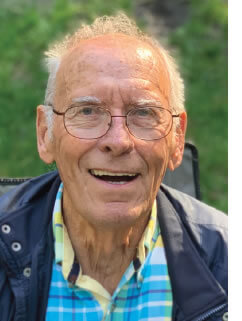 Bill was born on Feb. 25, 1934, in Seattle, Washington. He joined the military in 1953 as an Alaska Communications System specialist in the US Army Signal Corps. In 1958, he and his family moved to Yakima, Washington, where Bill attended Perry Technical Institute, receiving his A&P license in 1960. The following year, he earned his FAA certificate as a private pilot, fixed wing, and in 1962 joined Cascade Helicopters as a pilot trainee and mechanic. He obtained his FAA commercial rotorcraft license in 1963 and his CFI rating in 1964.

Over the course of his career as a pilot, Bill logged more than 11,500 accident-free hours in various missions, including agricultural spraying, search and rescue, fire suppression, government contracting, and transmission-line repair. He once said the rescues he was able to perform were “what being a helicopter pilot was all about.”

Bill was a dedicated HAI member, serving as the association’s chairman from Jul. 1, 1994, to Jun. 30, 1995, after having served on the HAI Board of Directors as assistant treasurer and vice chairman. He also sat on the association’s Government Safety Committee (as chairman) and Government Contracting Committee.

In 2001, Bill was honored for his outstanding achievement in the industry with HAI’s Salute to Excellence Pilot of the Year Award.