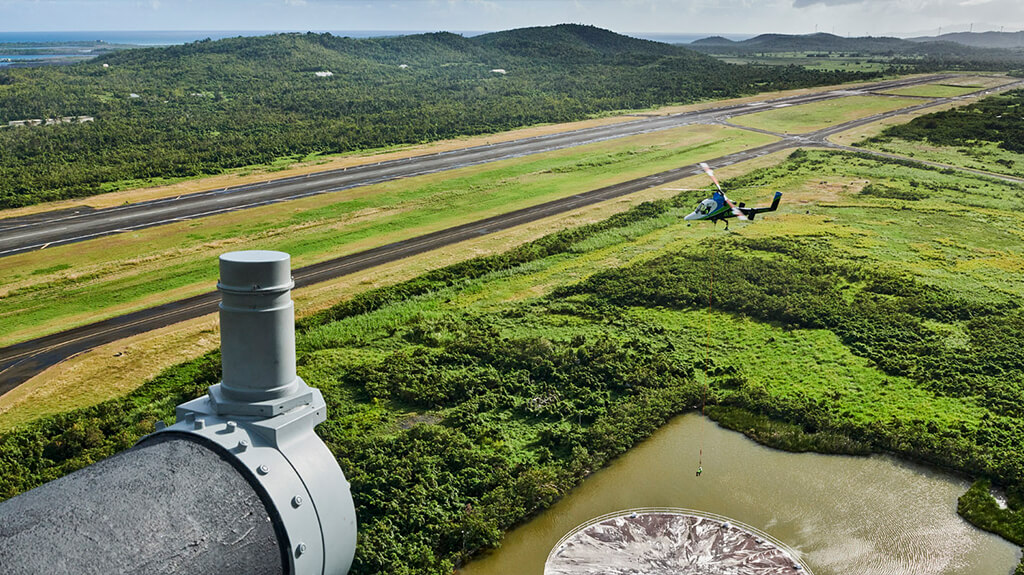 Lives on the Line

Cover Photo: A ROTAK Helicopters K-MAX trains for HEC operations in Puerto Rico as part of the efforts to rebuild the island’s infrastructure. Photo by Mark Bennett/HAI 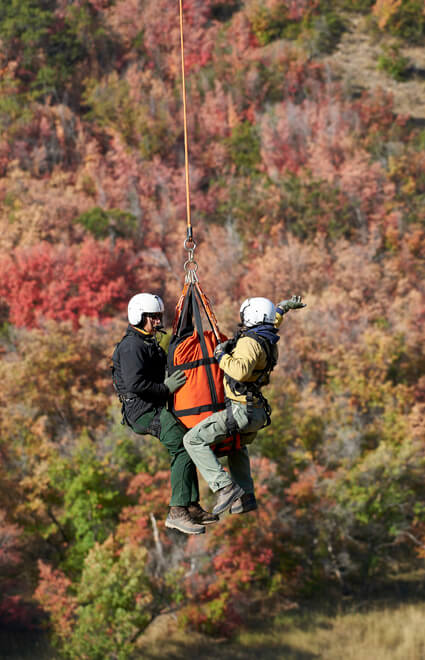 It’s called human external cargo, and it attracts a special kind of human.

Working at the end of a line 50, 100, 150 feet below a helicopter is one part freedom and one part puppet-on-a-string. But in this case, the puppet is instructing the puppeteer (AKA the pilot) where to move or hold him. And while the pilot remains “the pilot,” the lineman or rescuer is officially “human cargo.” Harsh.

It Takes a Lot of Trust

Hooking yourself to a line and being lifted hundreds of feet into the air is exhilarating, at least a first, and perhaps it never gets old. But I wonder how long it takes to get over the anxiety of your position? You are risking your life on a multitude of equipment and procedures which, if everything and everyone does their jobs, will deliver you where you’re headed or enable you to do what needs to be done, then come back no worse for wear. If some part of that multitude fails … 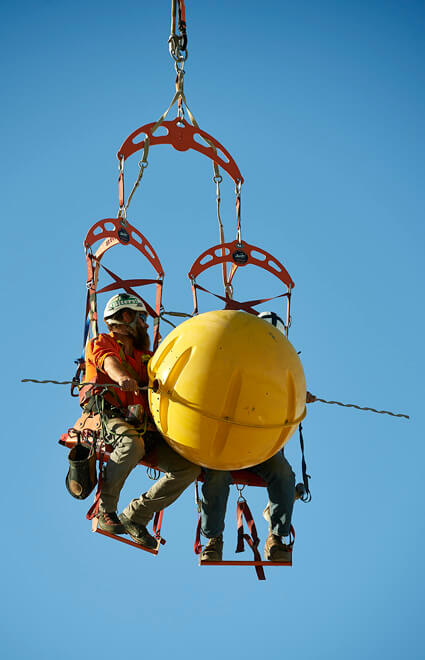 I recent visited or flew with a few crews doing human external cargo (HEC) to learn about their preparations and operations. I found the people, both in and dangling below the helicopter, to be uniformly level-headed and keen on safety, deliberate with their actions yet quick to smile.

When I visited Puerto Rico in early 2018, I worked with or around crews from several operators, including Timberline Helicopters, Northwest Helicopters, Brim Aviation, and ROTAK Helicopters. They were operating from impromptu bases to haul the people, tools, and material needed to restore power to the island’s residents, businesses, and public works.

At times the pace was brisk. Not frantic, but an aircraft would sidle into the area and drape just a bit of its line on the grass, a lineman or two would hook up, with maybe a tool or part, then up and away they’d go, the aircraft with little effort and the lineman with none. Elapsed time? About 90 seconds. And as that aircraft would depart the area, it would pass another on arrival. 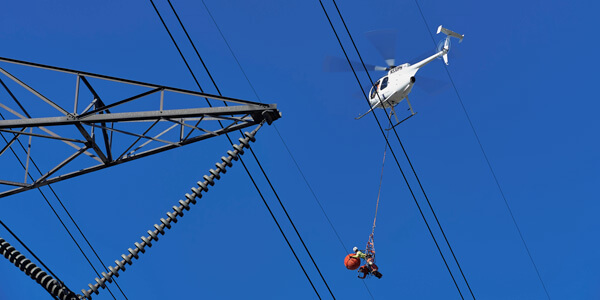 For projects such as this and the others for which HEC is appropriate, the convenience and speed of putting people on a line and moving them where they need to be, or holding them aloft while they do their job, is undeniable.