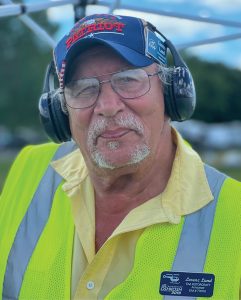 For the past 15 years, Lorry, who hailed from Waukesha, Wisconsin, entertained the crowds during the rotorcraft flight demonstrations at AirVenture, where he was sometimes joined onstage by HAI President and CEO James Viola.

Lorry’s cheerful smile and unending humor made him a fan favorite, as did his passion and enthusiasm for rotary flight, which he shared with the audience through his stories and fun facts about the history of helicopters. He famously closed each AirVenture show by telling attendees, “The sky is not the limit; it’s just the beginning!”