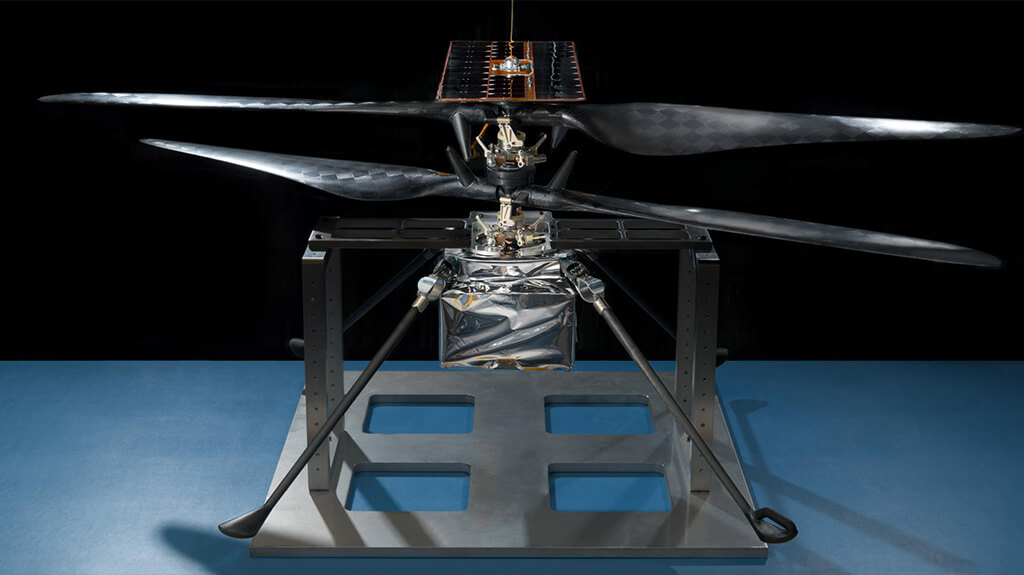 In the SpotlightROTOR Magazine2019 Summer

Cover Photo: NASA’s Mars Helicopter is shown in a cleanroom at the Jet Propulsion Laboratory. The aluminum base plate, side posts, and crossbeam around the helicopter protect its landing legs and the attachment points that will hold it to the belly of the Mars 2020 rover. Photo by NASA/JPL-CalTech 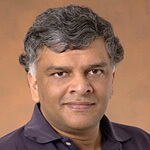 In July of next year, NASA will launch Mars 2020, a new mission to explore the red planet. Strapped under the belly of a rover that will be deployed upon landing in February 2021 will be a small—1.8 kilogram, 1.2 meter diameter—rotorcraft. In April 2021, if all goes to plan, that tiny aircraft, essentially handmade by a small team of engineers at NASA’s Jet Propulsion Laboratory (JPL) in Pasadena, California, will make the first vertical flight on another planet. ROTOR spoke with Bob Balaram, JPL’s chief engineer for the Mars Helicopter. (This interview has been edited and condensed for publication.) 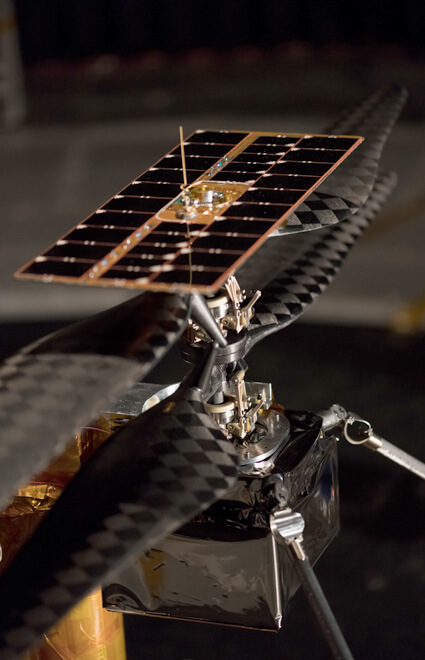 How will the Mars Helicopter operate differently than a helicopter here on Earth?

Balaram: Mars’s atmosphere has a density that’s only about 1% of the atmosphere here on Earth. So when you take off on Mars, it’s like you’re flying at 100,000 feet here. And that means for the same rotor blade speeds, you only get about 1% as much lift. Luckily, we don’t have to spin the blades 100 times faster—it’s more like just 10 times faster because the lower gravity on Mars helps.

How do you expect future Mars Helicopters to evolve in their size, capabilities, and missions?

The job of this helicopter is that of technology demonstrator; it’s to make sure we understand how these vehicles will operate in the thin Martian atmosphere and how we can operate them and control them. A future helicopter would be purpose-built to do something useful, like pick up a piece of gear and deliver it some distance away, or pick up samples. It would be bigger, probably around 30 kg. 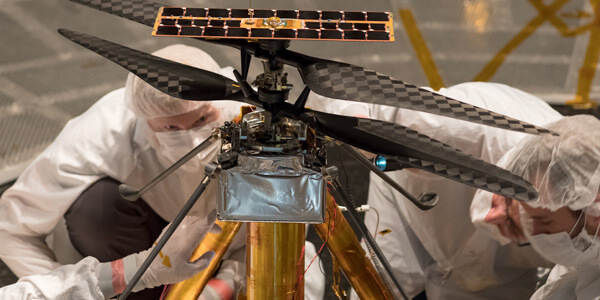 Members of the NASA Mars Helicopter team inspect the flight model (the actual vehicle going to the Red Planet) inside the Space Simulator, a 25-foot-wide vacuum chamber at JPL. Photo by NASA/JPL-CalTech

How will controllers on Earth give the helicopter its assignments? You can’t fly it remotely because of the radio transmission lag time.

We will use the rover as our relay asset to tell the helicopter what its next mission will be. Once it has been given its task, it can fulfill that task autonomously using onboard guidance and control systems.