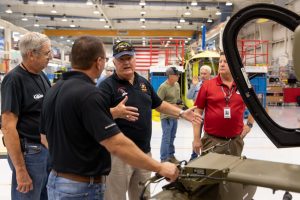 Mills served three tours in Vietnam, two flying the OH-6A as an aero scout and one flying the AH-1 Cobra. He flew more than 3,300 combat hours with over 2,000 in the LOACH. Mills developed many of the U.S. Army’s air cavalry aero scout tactics, led raids into Cambodia and North Vietnam, commanded the Army’s first night attack helicopter unit, and was the first to test the XM-8 40mm grenade launcher in combat.

Shot down over Vietnam 16 times and wounded three, Mills earned more than 81 decorations, many with valor. His decorations included Silver Stars, the Legion of Merit, Distinguished Flying Crosses, Bronze Stars, Air Medals, and Army commendation medals. The government of Vietnam awarded him the Cross of Gallantry with Silver Star and Palm, the Vietnamese Honor Medal First Class, and the Civic Action Honor Medal First Class. 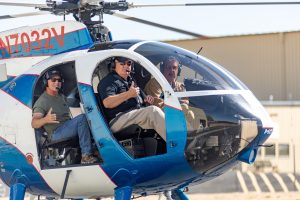 “The OH-6 represents MD Helicopters’ very beginnings, and Hugh is one of the many, many brave aviators who not only proved its combat capabilities and value but also contributed to its legacy,” said Steve Lapping, director of military sales. “It is entirely our honor here at MD Helicopters to host and celebrate him as he continues to tell his story.”

In 1992, Mills published a book about his experiences flying in Vietnam, Low Level Hell: A Scout Pilot in the Big Red One, which he signed at the event. 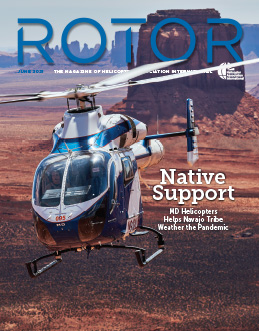