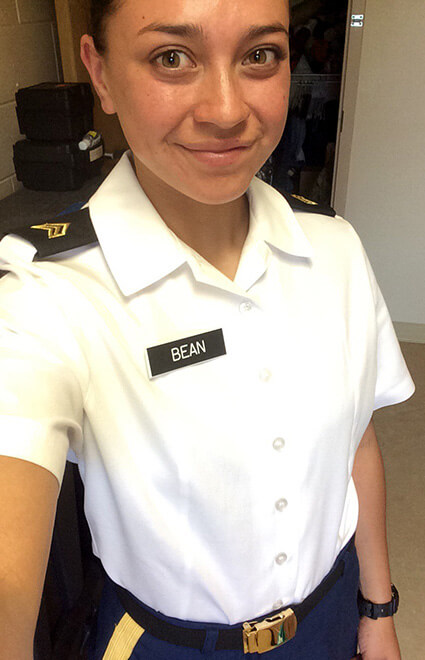 “At the end of the day, the work you produce and the systems you repair—a person’s life depends on it.” Photo Courtesy Samantha Bean

How did you decide helicopter aviation was the career for you?
I enlisted in the aviation field of the US Army with little to no knowledge of helicopters. However, the moment I saw an aircraft that I had worked on take off and return successfully, I knew being a helicopter technician was for me.

Who’s inspired you?
There were a couple of maintenance test pilots in the OH-58D(R) community that I looked up to. Although they were aviators, they assisted with what they could on the maintenance side and would stay past their regular work hours to learn more about the helicopter systems. They strove to be more knowledgeable about the aircraft they flew. 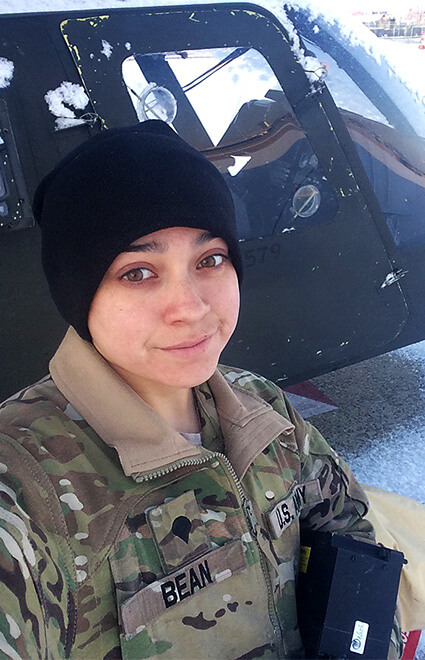 What are your career goals?
I plan to obtain my A&P license and work as an avionics technician in the civilian world, as well as continue my education in electrical engineering and progress in the field of avionics.

What advice would you give to someone pursuing your path?
At the end of the day, the work you produce and the systems you repair—a person’s life depends on it. That piece of machinery gets flown by another human being and if something were to go wrong, it’s not like a car where the person can simply pull off to the side of the road. Be proud of what you do.

What still excites you about helicopter aviation?
Watching an aircraft take off that I had taken apart almost completely, or one where I trouble­shot for hours to fix an important system, excites me—even more so when that aircraft returns safely with no issues.

What challenges you about helicopter aviation?
The avionics systems—no matter how much you think you know about your airframe, there is always something that crosses your path that you have never dealt with in the past.

What do you think is the biggest threat to the helicopter industry?
People get too comfortable, whether an aviator or a mechanic/technician. They do the same path or the same task day after day, and they get complacent. That’s when something goes wrong—a turn is missed, a step is overlooked.

Complete this sentence: I know I picked the right career when …
I had a pilot come up to me after his flight about an issue with the FM radios. After I asked a couple of questions, the pilot and I walked out to the aircraft. I went straight to the tail fin and tugged ever so gently on a coax cable. It popped right out, and I told him, “There’s your problem, sir.” I can still remember the look on his face that I had found it that fast.