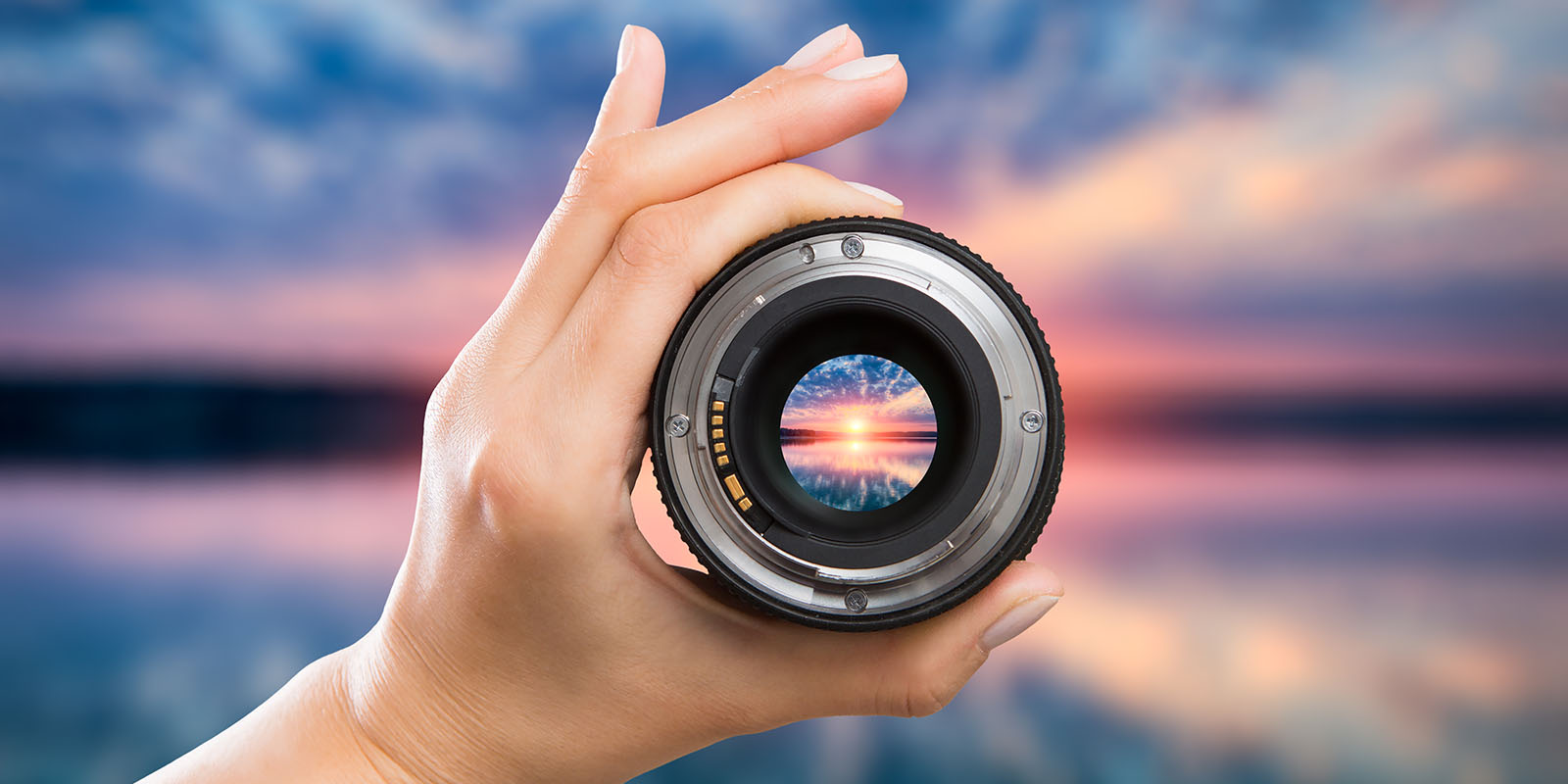 Did we get some great photos of helicopters in 2020? Why, yes, we did.

In a year when we had to change so much, some things didn’t change at all. It turns out that ROTOR readers still like photos of rotorcraft, so we once again ran the annual ROTOR Magazine Photo Contest.

All of the winning images, shown below, capture the drama that’s part of aviation. You’ll see lives on the line, both literally and figuratively, and a gleaming aircraft set against a background of fire. You’ll also see one photographer’s memorable end to a perfect day.

These striking shots, chosen as the top photos in six categories, including the Grand Prize, reflect both the work we do and why we do it.

If you missed your chance to enter last year, consider submitting an image this year when the 10th annual ROTOR Magazine Photo Contest opens on Aug. 2, 2021. Show us your winning shots at contest.rotor.org! 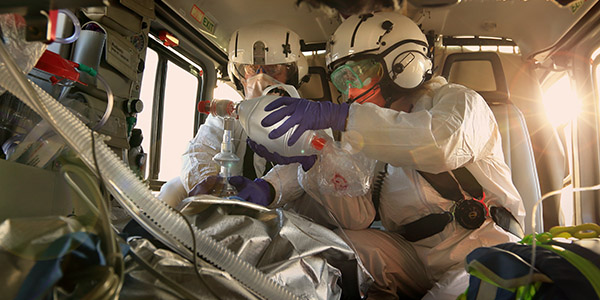 Aviation photographer Mark Mennie took the Grand Prize in the 2021 ROTOR Magazine Photo Contest. Mennie shot this photo under medical direction in April 2020 to illustrate the new standards for personal protective equipment (PPE) that had been recently implemented to safely transport critically ill patients with COVID‑19. His photo reminds us of a grim year—but also to be proud of our everyday heroes. 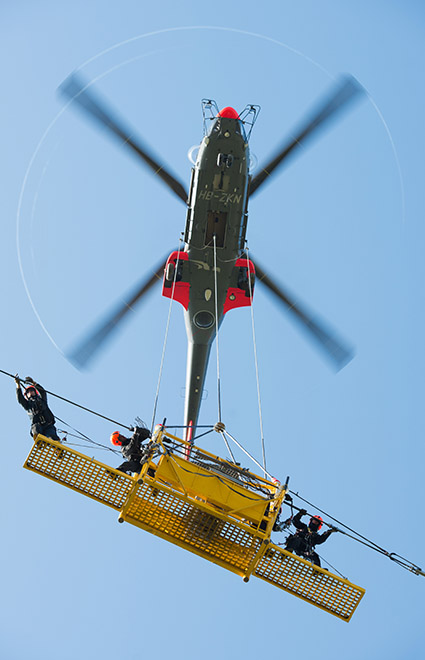 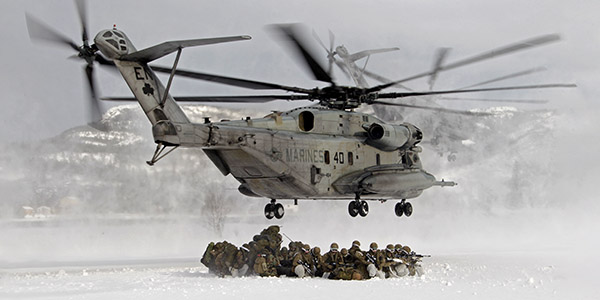 Helicopters/Drones in the Military

The winning photo in the Helicopters/Drones in the Military category shows two US Marine Sikorsky CH-53E Super Stallions taking off after delivering a contingent of British Royal Marines to a landing zone during the 2016 Exercise Cold Response in Norway. The military exercises bring together NATO troops to train for harsh-weather operations. In Carsten Vennemann’s photo, the activity of the swirling snow and departing aircraft frames the troop members who will remain behind. 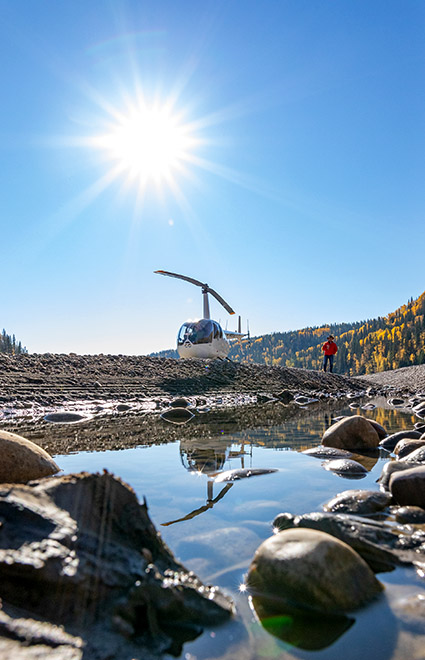 People and Their Helicopters/Drones

On the way home from a helicopter ride in the Canadian Rockies to celebrate their 50th wedding anniversary, their pilot landed on a dry riverbed so that Marilyn Grubb and her husband could share a champagne toast. But Marilyn took away more than just memories from that special day. An avid photographer, she says, “When I saw the reflection of the helicopter, a Robinson R44, and my husband in the water, I captured it!” Her spur-of-the-moment photo took top honors in our People and Their Helicopters/Drones category. Lucky him, lucky her, lucky us. 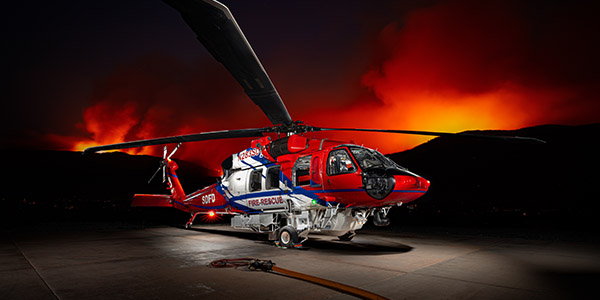 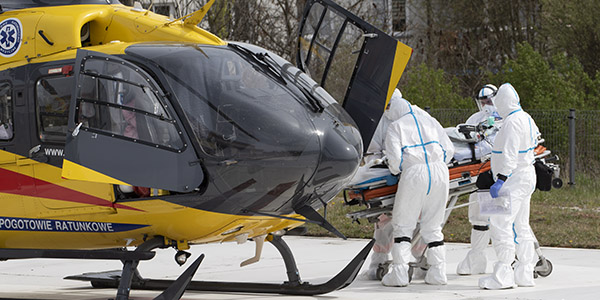 Helping Hands and Helicopters during COVID-19

For this new category, Helping Hands and Helicopters during COVID-19, ROTOR wanted to document how the pandemic has affected those in the vertical takeoff and landing (VTOL) industry, including our many frontline workers. Aviation photographer Sylwia Tylkowska captured this dramatic shot of a patient transfer in Zawiercie, Poland, in April 2020—back when terms such as “PPE” and “social distancing” were just becoming part of our everyday vocabulary.