The Pilot’s Perspective: Why I Equipped with ADS-B In 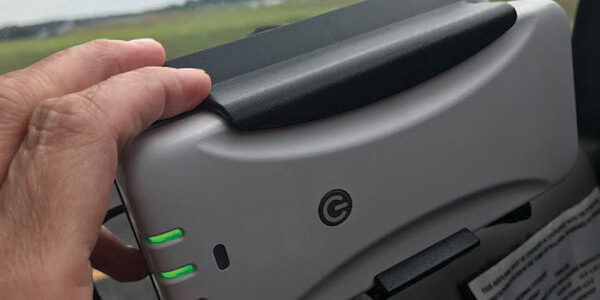 My ADS-B In package may be small—about the size of a large cellphone—but it delivers a wealth of information. This type of installation is also portable, so I can take it into other aircraft. ADS-B In installation packages can be had for as little as $500. Photo by Gina Kvitkovich/HAI

The last time the general aviation community had to deal with a regulatory mandate as big as the January 1, 2020, requirement to have ADS-B Out (automatic dependent surveillance–broadcast out) installed in your aircraft was when the FAA required aircraft owners and operators to equip their machines with a transponder if they were to operate in rule airspace under Part 91.215.

Now with the deadline barely a year away, we are faced with another mandate by the FAA to upgrade our aircraft.

In the United States, there are about 170,000 general aviation aircraft, of which more than 10,000 are helicopters. Many of these aircraft owners will elect to equip their machines with the newest technology but some will choose not to, based on a host of reasons.

I hope you have read Ric Peri’s excellent article on ADS-B Out (p. 40), which goes into detail about the rule airspace where the ADS-B Out mandate will apply, as well as guiding you through some of the equipage process. I would only add that it is possible to fly from coast to coast without ever hitting that airspace. If you don’t fly in rule airspace—and you don’t anticipate flying in rule airspace—then you are not compelled to equip under the January 1, 2020, mandate.

If your aircraft does not have an engine-driven electrical system, then it is not required to have ADS-B Out. Under this scenario, however, it would most likely not have a panel-mounted radio either, so chances are you are not in the airspaces affected by the ADS-B Out mandate anyway.

Another factor to consider when deciding to equip is where your aircraft’s future owners will want to fly. When you move to sell, will your aircraft—not equipped and therefore limited in the airspace in which it can fly—have the same curb appeal of an aircraft that is equipped?

Added value is difficult to gauge and rarely do we get back what we put in regarding avionics. However, having ADS-B Out will certainly make your aircraft more attractive than a similarly equipped machine if the prospective buyer doesn’t have to figure adding ADS-B into the cost equation. 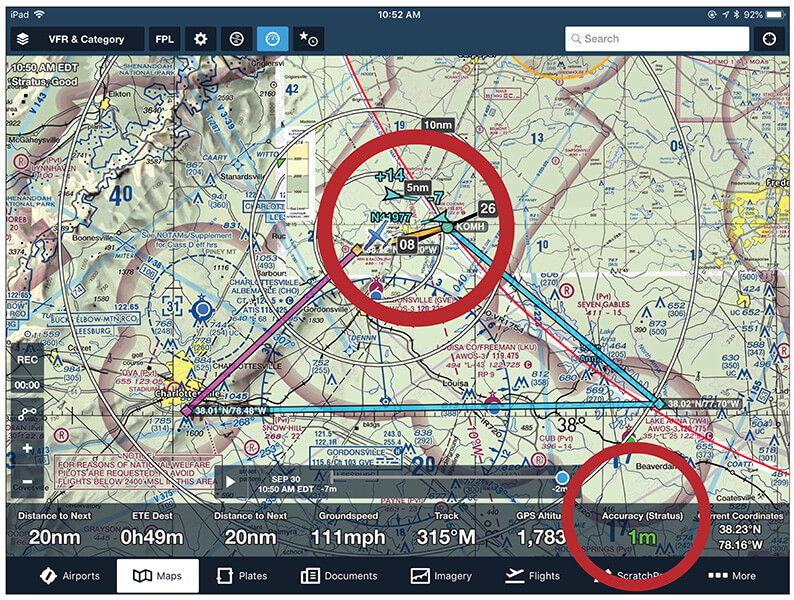 ADS-B In offers pilots a superior level of traffic awareness. In this screenshot from a recent flight (I’m the blue plane), I had two aircraft near me, neither of which were visible to me. An aircraft equipped with ADS-B Out (N41977) was 1,400 feet above me, heading east; another aircraft that was not equipped was 700 feet below me, heading west. Formerly, position data was accurate to 3 miles; these positions are accurate to within 1 meter—an improvement in accuracy of 482,700%! Photo by ForeFlight Image

How Much Will This Cost?

At this point, you should have realized the FAA really means what they have been saying all along. They are not going to shift or move the goal line: January 1, 2020, is the date.

Fortunately, your procrastination has paid off because the costs of equipping has come down drastically during the past five years. Manufacturers and the free market have answered the call, and there are many solutions on the market. Like anything else, you can find both high-end and basic packages—some as low as $1,700.

ADS-B Out / In: What’s the Difference?

ADS-B Out broadcasts data from your aircraft, including its position, altitude, speed, and other data. This data is available to the FAA’s NextGen Traffic Management System, as well as any aircraft equipped with ADS-B In.

An entirely different system, ADS-B In enables pilots to receive information in flight. In addition to proximate traffic information, ADS-B In brings a wealth of additional meteorological and aeronautical data into the cockpit.

Do I Have to Have ADS-B In?

No. The data being broadcast from your aircraft provides ATC with the information they need. It is not their concern whether you take advantage of the many benefits of ADS-B In. The equipage deadline of January 1, 2020, only applies to ADS-B Out. 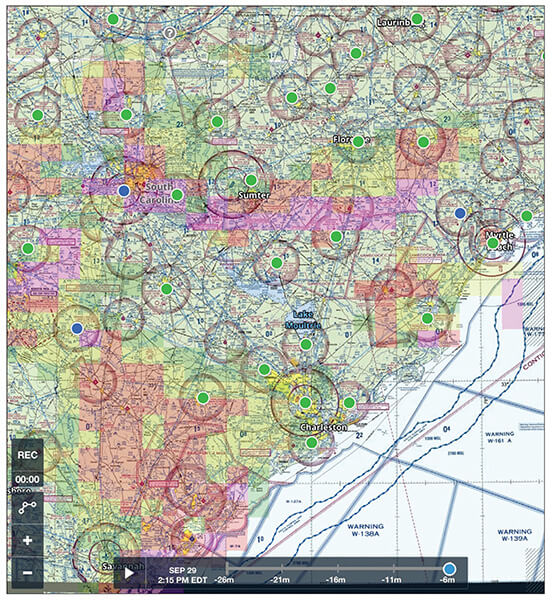 ADS-B In gives pilots local, en route, and destination weather. This image shows weather systems overlaid on a map. Because this information is updated in near real-time, pilots can tap into reliable weather information throughout their flight. Photo by ForeFlight Image

Why Should I Equip with ADS-B In?

As a pilot, I see ADS-B Out as something that my regulator is requiring. It’s for them. ADS-B will allow air traffic controllers to put more aircraft in the same space with closer margins and accuracy.

But ADS-B In is for me. (Yes, I know that the entire National Airspace System will benefit from NextGen, but I’m taking a moment to just focus on how this affects the individual pilot.) The benefits of ADS-B In is the carrot that makes this entire exercise of ADS-B equipage worth the exertion.

Here are some benefits:

Is More Technology a Good Idea?

Here is where my traditionalist, old-school mentality collides with modern technology. I am all for a pilot being able to fly from sea to shining sea with only basic instrumentation. There is nothing like getting back to your roots in a Scott’s Bell 47, Piper Cub, or Cessna 140. The FAA has obliged us minimalists with the ability to not equip our aircraft, as long as we do not attempt to fly it in airspace requiring equipage, and I am very happy about that.

Yet, flying with ADS-B Out and In for more than two years has made me wonder how we flew and survived without it. In fact, now I am paranoid when I get in an aircraft with someone who does not have this equipment installed. I have witnessed all that we could not see before.

The situational awareness ADS-B In provides is beyond imagination. I have real-time traffic displayed with direction and altitude relative to my position. I have current weather displayed on a moving map, along with ATIS (automatic terminal information service), AWOS (automated weather observing system), and wind aloft data updated within minutes.  Moving maps display up-to-date TFR rings.

There have been times when I was in positive control of ATC and, after I reported possible traffic conflicts to ATC, I then received course deviations for separation. I have been at uncontrolled airports with several aircraft in the pattern and someone not talking on the radio—and I knew exactly where everyone was, including traffic that would have been unaccounted for previously.

ADS-B In is a game changer for safety and situational awareness. It has been said your aircraft should not be at a location where your brain did not arrive 15 minutes earlier. This technology will help you do that.

How Do You Really Feel About ADS-B?

I highly recommend every pilot equip their aircraft with ADS-B In. Yes, it’s that good.