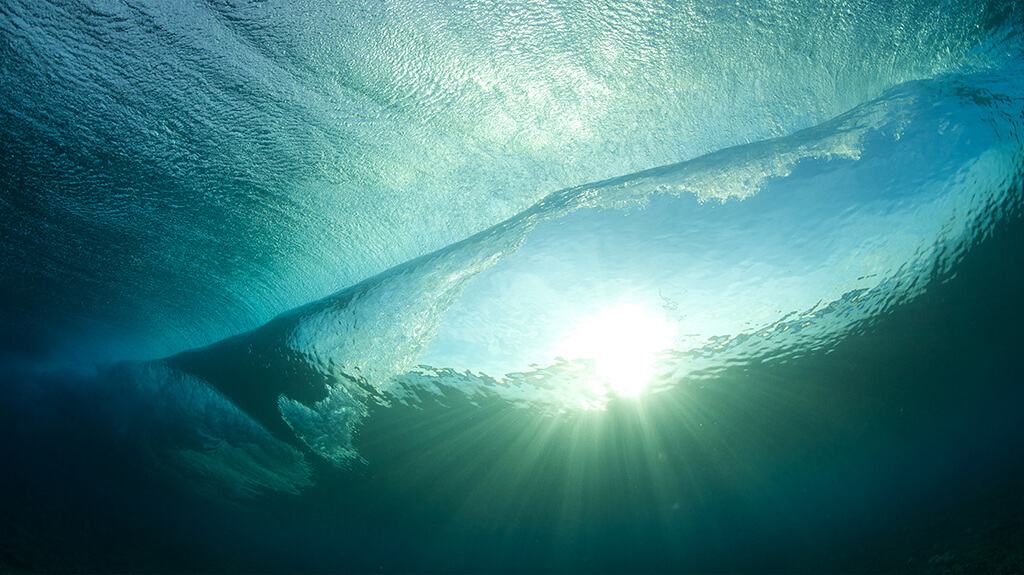 When there are only seconds in which to respond, thorough drilling in the appropriate procedures can be crucial to successfully confronting a life-threatening emergency. With no time to puzzle out a response or even read a checklist, survival depends not just on remembering the correct sequence of steps but on having practiced it recently and often enough to execute it precisely and without hesitation—in a situation certain to be more ­chaotic and frightening than the typical training environment.

In its final report on the Jan. 28, 2019, ditching of a Sikorsky S-64E during firefighting operations in Victoria, the Australian Transport Safety Bureau (ATSB) noted that

each crewmember recalled the rehearsed drills from their helicopter underwater escape training (HUET). They identified their seat belt and nearest exit to orientate themselves in the aircraft. They all waited until the last moment to draw a breath, and did not unbuckle and exit the helicopter until [its] motion had ceased. The crew reported that it was not possible to see anything underwater, and that jet fuel contamination was present…. HUET enabled the crew to act rationally and decisively when submerged in the cockpit and to use the regularly-practiced drills to escape the aircraft.

The report also credits the provision of a helmet cord-release mechanism with facilitating their escape, as

neither pilot unplugged their helmet. However, the extension cords from the aircraft to the helmet plug allowed the plug to release, preventing the helmets from snaring the pilots.

Both pilots and the crew chief in the rear-facing aft-stick seat were able to inflate their life jackets, reach shore under their own power, and hike through “dense bush” to a road, where they were rescued.

The Aircraft and Crew

Built by Sikorsky as an S-64 in 1969, the accident aircraft had been upgraded to an S-64E Aircrane. Subsequently operated by Erickson Inc. and registered as N173AC, it boasted two 4,500–shaft horsepower Pratt & Whitney engines and had been fitted with a 2,650-gallon water tank and flexible pond snorkel for water-bombing missions. The snorkel’s dedicated high-pressure pump could fill the tank in about 30 seconds, requiring only about a 45-second hover. Erickson’s website advertises that the S-64E can drop up to 25,000 gallons per hour from a dip site suitably close to the drop site.

Describing the crew as experienced would be a substantial understatement. The more senior of the two pilots had flown helicopters for 44 years, including 20 years operating the S-64 and 20 years fighting fires in Australia. On the accident flight, he was serving as ­second-in-command (SIC), the pilots having switched positions at the end of every two-hour duty cycle. The pilot-in-command (PIC) had 18 years of helicopter experience, 4 of them in the S-64, and the crew chief’s 34 years as a helicopter engineer included 26 “maintaining and developing the S-64.” 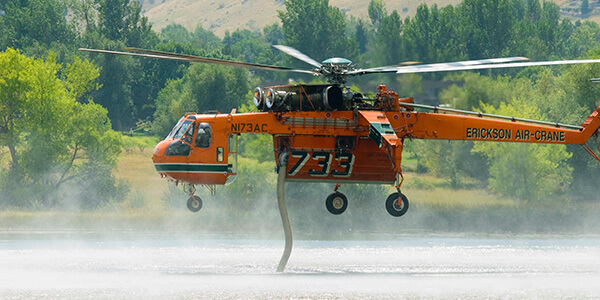 The accident aircraft takes on water from Wonderland Lake to fight a mountain wildfire near Boulder, Colorado, USA, in 2010. Photo by Ron Rovtar Photography/Alamy Stock Photo

At about 10:00 am, N173AC, nicknamed “Christine,” left Melbourne’s Essendon Fields Airport (YMEN) for the Latrobe Regional Airport (YLTV) 125 kilometers (km) (67.5 nautical miles [nm]) to the east. The helicopter had been dispatched to drop water on a bushfire on the west side of Thomson Dam near the town of Aberfeldy.

The fire team’s aerial attack supervisor had already identified a dip site, subject to the flight crew’s approval, 7 km (3.8 nm) west of the fire front at an elevation of 3,480 feet above mean sea level. The site, on the west side of the Wood Creek Dam, was at the bottom of a steep, narrow valley. The crew judged it to be confined but within their operational limits. These included a minimum obstacle clearance of half a main rotor diameter; while hovering to refill its tank, the Aircrane would have one rotor diameter’s clearance from the dam and two from the trees on the opposite bank.

After breaking for lunch, the crew was detailed to an area toward the north end of the fire. On each pass, they approached the dip site on a westerly heading from the south, making a descending right turn into a high hover to align the ship next to the dam before descending vertically to the surface.

In addition to obstacle clearance, Erickson’s external-load operating procedures required bank angles of no more than 30 degrees, a landing attitude of no more than 10 degrees nose-high, and a descent rate of less than 800 feet per minute (fpm) within 200 feet of the surface. Airspeed was left to the pilot’s discretion.

Satellite data showed that on the first series of flights, the Aircrane crossed the tree line at the southern edge of the dip zone at an average speed of 30 knots, descending at an average 630 fpm along a final approach segment that measured 300 to 400 meters.

The initial drop sites were almost due east of the Wood Creek Dam, allowing each circuit to follow a near-rectangular ground track. As the afternoon progressed, the drop sites edged incrementally farther north. The crew completed two two-hour shifts without incident, with the two pilots exchanging seats and responsibilities (PIC vs. SIC) at the end of each.

“After a number of water drops” (the ATSB’s report wasn’t more specific), Christine’s crew was reassigned to fight another flame front farther north and west, east-northeast of the dip site and slightly closer. The change required the helicopter to approach the dip site on a southwesterly heading, tightening the turn to final from roughly 90 degrees to at least 135 and shortening the final approach segment. A steeper descent profile, with a sharper flare to arrest it, was required as a result.

On the accident approach, a steep nose-high attitude prompted the SIC to warn his colleague to clear the trees to ensure tail rotor clearance before descending further. Once past the trees, the pilot tightened the flare. A witness characterized this approach as a rapid nose-high descent.

Satellite data indicated that the helicopter banked about 30 degrees during its right turn to the lake; nearing the water, its descent rate increased from 650 to 750 fpm. The crew told investigators that neither the bank angle nor the rate of descent seemed excessive, though both were “at the higher end of their normal range.” Once clear of the tree line, however, “the aircraft generated no lift and fell into the dip site, colliding with water” tailfirst.

The tail rotor separated when it hit the water, and the fuselage spun through one and a half right turns. The main rotor blades likewise separated after striking the water, and the right cockpit door was torn off. The helicopter then rolled onto its left side, submerging the cockpit.

The crew executed its HUET drill as soon as the rotation stopped; the SIC evacuated through the missing right door and helped the PIC through the same exit. The rear door was jammed, but the crew chief was able to knock out a window to make his escape.

Two other helicopters—a Sikorsky S-76 and S-61N—were on the scene to assess the possibility of using the same dip site for night operations. Neither was “equipped or able to offer direct assistance” but did report the accident to an incident controller who triggered the emergency response plan. The Aircrane’s crew used hand signals to advise that they were safe and not seriously injured.

The ATSB concluded that Christine entered vortex ring state, other­wise known as “settling with power,” a condition in which a helicopter descends into its own main rotor’s downwash:

The air recirculate[s] back up and over the rotors instead of … flowing down and away. This causes the same parcel of air to circulate around the rotor. As a result, the rotor system no longer has the steady stream of air required to produce lift and the helicopter will descend despite the application of additional power.

Adding power only intensifies the downwash, so even a helicopter as capable as a lightly loaded Aircrane can’t just muscle its way out. The pilots were trained in the Vuichard recovery technique, currently considered the fastest means of escape; it uses lateral cyclic and opposite pedal to kick the helicopter sideways out of the downflow. But it still requires both lateral and vertical maneuvering room, neither of which was present at the accident site, and the crew’s accounts suggest that the accident developed almost instantaneously.

The ATSB concluded that the ongoing shift in the drop sites led to an incremental shortening of the helicopter’s final approach path, eventually requiring the crew to operate it at “the upper margins of allowable speed and angle of bank.” However, well-­rehearsed evacuation procedures enabled them not only to survive an emergency that could easily have been fatal but to escape without severe injuries. Experience cuts both ways.