September 2022In the SpotlightROTOR Magazine

Wire-strike avoidance expert sees much to like in today’s helicopter safety culture.

Robert “Bob” Feerst and his company, Utilities / Aviation Specialists, are synonymous in the helicopter industry for courses about safe flying around wires and obstructions. A former lineman and utility helicopter pilot, Feerst developed his first course for flying around wires for the utility sector in the 1980s and later expanded it to cover the full helicopter industry. His courses and refreshers have been credited with saving countless lives over the years. 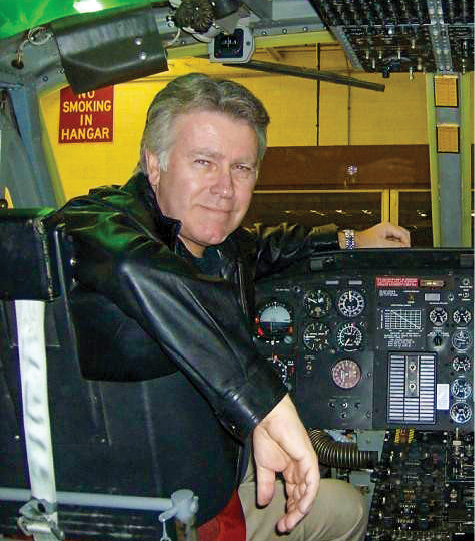 ROTOR sat down with Feerst to learn more about how he became involved in wire-strike avoidance, the changes he’s seen in the industry’s safety record during the past 40 years, and how he’s contributed to helicopter safety through not only training but auditing, consulting, and more.

ROTOR: You started courses in flying-in-the-wire environment at the request of former HAI President Frank Jensen. How did that happen?

Feerst: I’ve been a member of HAI since 1982 and was the manager of the flight department for a fairly large power company in the Midwest at the time. We operated nine helicopters and three airplanes because we patrolled not only for our power company, but also for four other power companies in the area.

What got me started in supporting other companies’ safety was when another utility company just to the south of ours had a fatal accident. They came to me to ask if I could investigate and tell them what went wrong and how they could do better.

One of the things I came away with from that experience was the thought of starting a consulting firm to help power companies increase their safety. I realized there wasn’t any meaningful training in flying for a power company. All we knew was what we had learned in the military, which was basically “watch out for power lines.”

I developed a training course on how to fly in the wire-and-obstruction environment that covered numerous factors, such as visibility science, reading line hardware, and understanding how lighting, shadows, and background changes affect wire visibility. I knew what it was like to be looking at a wire one moment, look away for just a second, then look back and find the wire had completely “disappeared.”

I put the training course together in the mid to late ’80s to train the employees in the power companies I worked with. At about the same time, I became one of the founders of HAI’s Utility, Patrol, and Construction Committee [now the Utilities, Patrol, and Construction Working Group]. Fast forward about a year and a half. The air ambulance business was really booming, and at that time, about half of air ambulance accidents were caused by wire strikes of some sort.

The FAA went to Frank Jensen and said HAI should do something about the wire-strike problem or the agency would do something itself. Frank came to me and asked how we could get meaningful training in wire strikes that would stop these accidents.

I shared my training course with Frank and offered to broaden it to address operations outside the utility sector. Wire strikes were prevalent across the whole industry—they weren’t only occurring among utility and air ambulance operators, but also law enforcement, general aviation, agricultural, and personal operators. We debuted the course at HAI HELI-EXPO 1989.

We had over 100 people from all over the industry at that first course. We still offer the course today, specifically for utility companies because we do a lot more work around wires in the utility sector than in other sectors. We also have courses for other operations, including air ambulance, military, and law enforcement, all of which fly in the wire environment at night.

Have you seen safety around wires change since you began this work?

Absolutely. Wire-strike accidents have declined substantially. I get testimonials from people all over the world that say the course saved their lives. 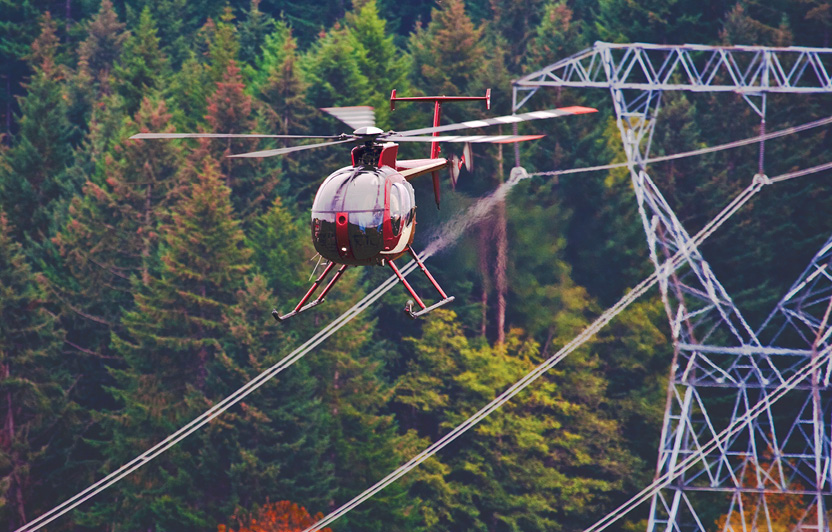 We had an email not long ago from a pilot who was flying between two barns. He said he remembered us teaching him that when you see a building out in the open like that, ask yourself the all-important situational-awareness question, “How does it get its power?” He asked himself that, and as a safety precaution, he realized he needed to fly above the buildings, not between them, because he didn’t know if there was wire there or not.

While he was in the process of ascending, he flew right over two wires that he couldn’t see when he was lower because they weren’t visible. He ended the email to us by saying, “Thank you, Utilities / Aviation Specialists, for saving my life yesterday.”

By popular demand, we created an online refresher course to make it easier for people to remain current. Then the pandemic hit. We started getting demands from everybody pleading with us for a full one-day online course. So, we decided to create one, completely restructuring the online refresher course and reformatting it to a full “Flying in the Wire and Obstruction Environment” (FIWOE) course.

The online FIWOE course went live in May 2021. Since then, thousands have taken it with the same material as in the in-person course. We bet the company on the online course and invested heavily to make it truly high quality. That’s paid off in safety. We hear testimonials from people who took the online course saying it, too, saved their lives. The course is also becoming popular in Europe. More people are getting the information and increasing their safety in the wire environment.

You have a unique philosophy about auditing. Tell us about that.

Back when I was a flight department manager, I spent a lot of money having so-called professional auditors audit our company. They came in and were looking for trouble—something to nail you on.

While it’s important for auditors to find things wrong with the company, it’s equally important to find good things. We started our own audit business in the mid-1980s with that mentality. First, all our auditors have spent their careers in the industry. Second, we always send two auditors on an audit because it’s important that two people confirm they’re seeing the same thing. Third, we match the auditors and their experience with the operator. For example, we don’t send people with experience in the Gulf of Mexico to audit power companies.

We also developed a philosophy that the company we’re auditing is a good company and our job is to help them be the best they can be by finding things they can improve upon.

We’ve seen some terrible companies and we’ve seen some good ones. When we get audit jobs now, 99% of the time people are happy to see us. The exceptions are the operations that have something to hide. But we truly believe the vast majority of people in this industry want to do it right and safely, and we’re there to help.

How has helicopter safety changed during your career?

I’ve seen tremendous leaps in safety over the past 40 years. In the early ’80s, safety was a kind of necessary evil; a safety officer was someone who couldn’t do anything else in the company. That’s not true today. Now, it’s a science that’s embraced.

Safety officers are some of the most highly qualified people in these companies. They’re very well educated, very well respected, and very disciplined.

How have you seen safety culture, in particular, change?

What I’m really impressed with is some of the younger people coming up. They’re really on fire; they really want to learn—in some cases, much more than the older generation. When it comes to safety and wanting to do it right, and assimilating as much information as they possibly can, I see a much-improved attitude than when my generation was in the pilot seat.

Also, the top leaders used to set the company attitude. While that level is still very important, when it comes to safety, I don’t see that as much today. A lot of the factors driving an organization’s safety culture come from the bottom, not the top.

We still have individuals out there who are contributing to accidents, sure. We’re starting to see wire-strike accidents start to come up again. But not anything like it was. I think a lot of that has to do with the fact that we need to increase awareness, and a growing safety culture plays into that.

CASA [Civil Aviation Safety Authority] in Australia was talking about making the wire-strike course mandatory to get one’s license. Turns out, they didn’t have to because Australian companies started making it mandatory on their own. Most of the power companies in the US and Canada require this training too.

This growing safety culture and desire to do what’s right is really helping increase safety in the industry.