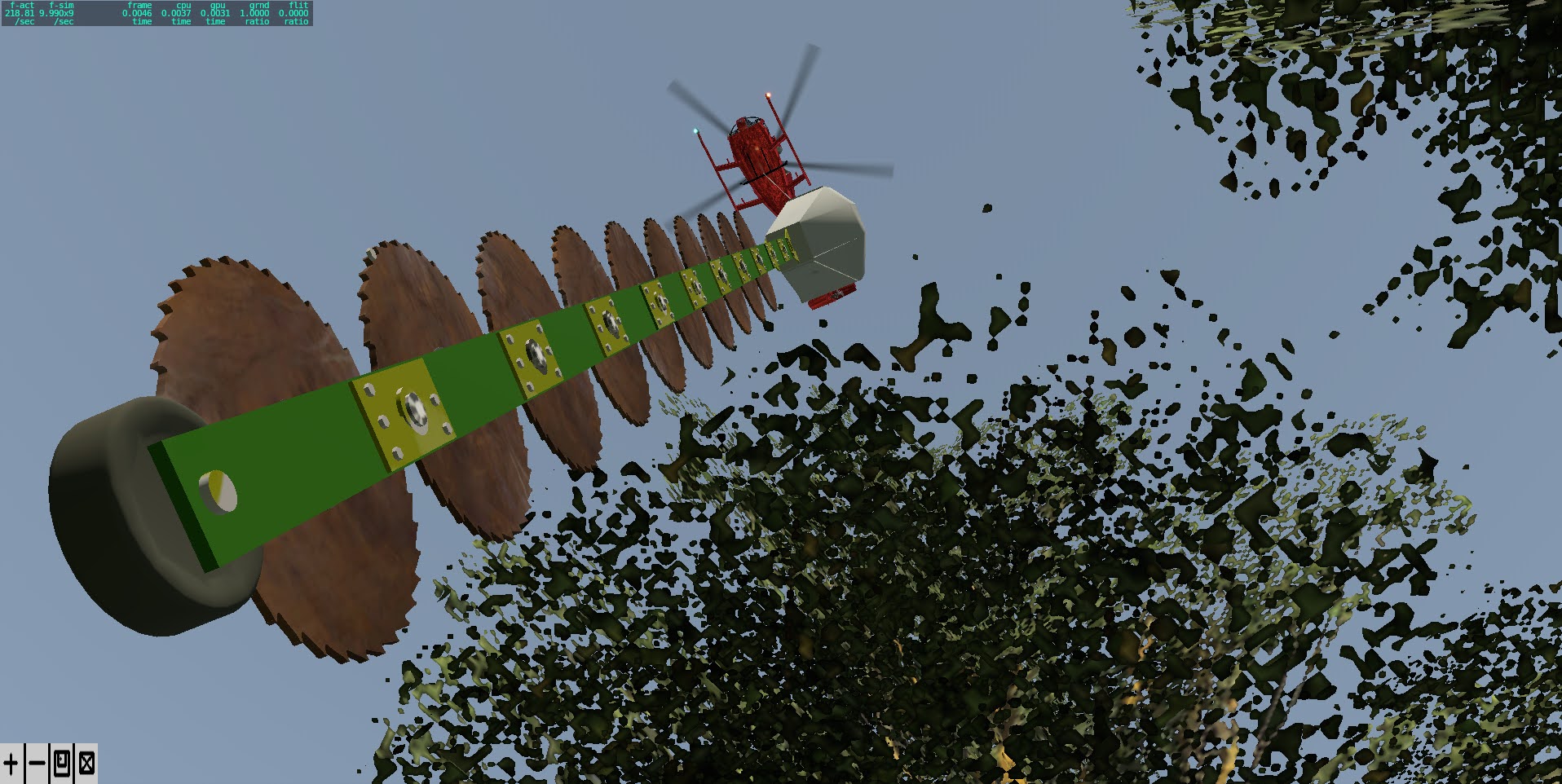 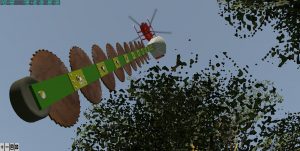 lane is proud to announce the delivery of the first flight simulation device capable of simulating aerial saw work to Rotor Blade LLC, a company based in Georgetown, SC.

Sim Your Plane worked with industry leading software company, Laminar Research, to develop the upcoming version of their state-of-the-art flight simulation software (X-Plane) and the integration of Aerial Saw into the flight simulation world.

Varjo, one of the most advanced Virtual Reality hardware developers in the world, was chosen to supply the VR headset used in the solution. The company’s Varjo XR-3 was selected in order to provide pilot training with the clearest, sharpest image and best performance in the market.

“This is brand-new technology that helps Rotor Blade provide better training to its pilots in a safer environment; even before putting them in the real cockpit. The technology is fantastic.”, says Randy Jernigan, Chief Pilot of Rotor Blade, LLC.

Ben Myburgh, owner of Sim Your Plane also added that, “the solution provided by Sim Your Plane, which is the first and only product in the world to provide such training ability, also allows pilots to perform procedures and maneuvers that would simply be too risky to practice in real life. By using Sim Your Plane’s technology, VR Flight Simulator companies will not only reduce costs, but also provide better training to their pilots. Less risk and cost means more training, which translates to less accidents.”
In addition, Sim Your Plane has submitted paperwork requesting the FAA to certify the Aerial Saw Simulator as the FAA’s first virtual reality approved sim.

Sim Your Plane’s development on the project consisted of:
● Custom designed helicopter matching their real aircraft specs and visuals
● Custom world scenery built within the X-Plane flight simulation software for practicing the aerial saw as well as powerline and utility work
● Aerial Saw sling load physics including ground handling, rotations, engine starting and accurate visuals of branches being cut
● A Hughes 500 fuselage was converted into the control input for the computer with working cyclic, collective, pedals, engine buttons and all switch controls such as saw buttons; all of which are recognized by the computer and perform accordingly as per the real-world counterpart.

Specific documentation to support the training of pilots to be safer and more effective at their work was also provided.

Projects are developed according to the clients exact flight simulation needs and challenges. Sim Your Pilot does not believe in the cookie-cutter approach and has specialized in creating custom hardware and software solutions.

Sim Your Plane is the leading US flight simulator company focusing on advances in Virtual Reality and integrating them into your flight training and simulation.

About Laminar Research
Laminar Research is creator of the X-Plane franchise of flight simulators, including X-Plane 11, the latest desktop version. X-Plane 11 is available in both a consumer version, as well as a FAA certifiable professional version. Laminar also offers X-Plane versions for both the iPhone and iPad, as well as other mobile systems. X-Plane’s flight model, scope, versatility, customizability, and 3rd party add-ons make it the ultimate flight simulation experience for Macintosh, Windows, Linux, and mobile platforms.

About Varjo
Varjo is a VR/XR company on a mission to redefine reality.
Varjo was founded by a team of industry professionals with decades of experience and a vision of seamlessly merging the virtual and real worlds – first for professionals and ultimately for everyone.

Our skills and backgrounds are many. From opto-mechanical engineers, laser technicians and computer vision experts to UX designers, product innovators and brand creators, Varjo is a supergroup made up of people with the passion, skills and vision to do things most people think are impossible.

All of us at Varjo are on a mission to change computing for good by merging virtual, augmented and traditional realities. When we’re done, computers will look nothing like they do right now.