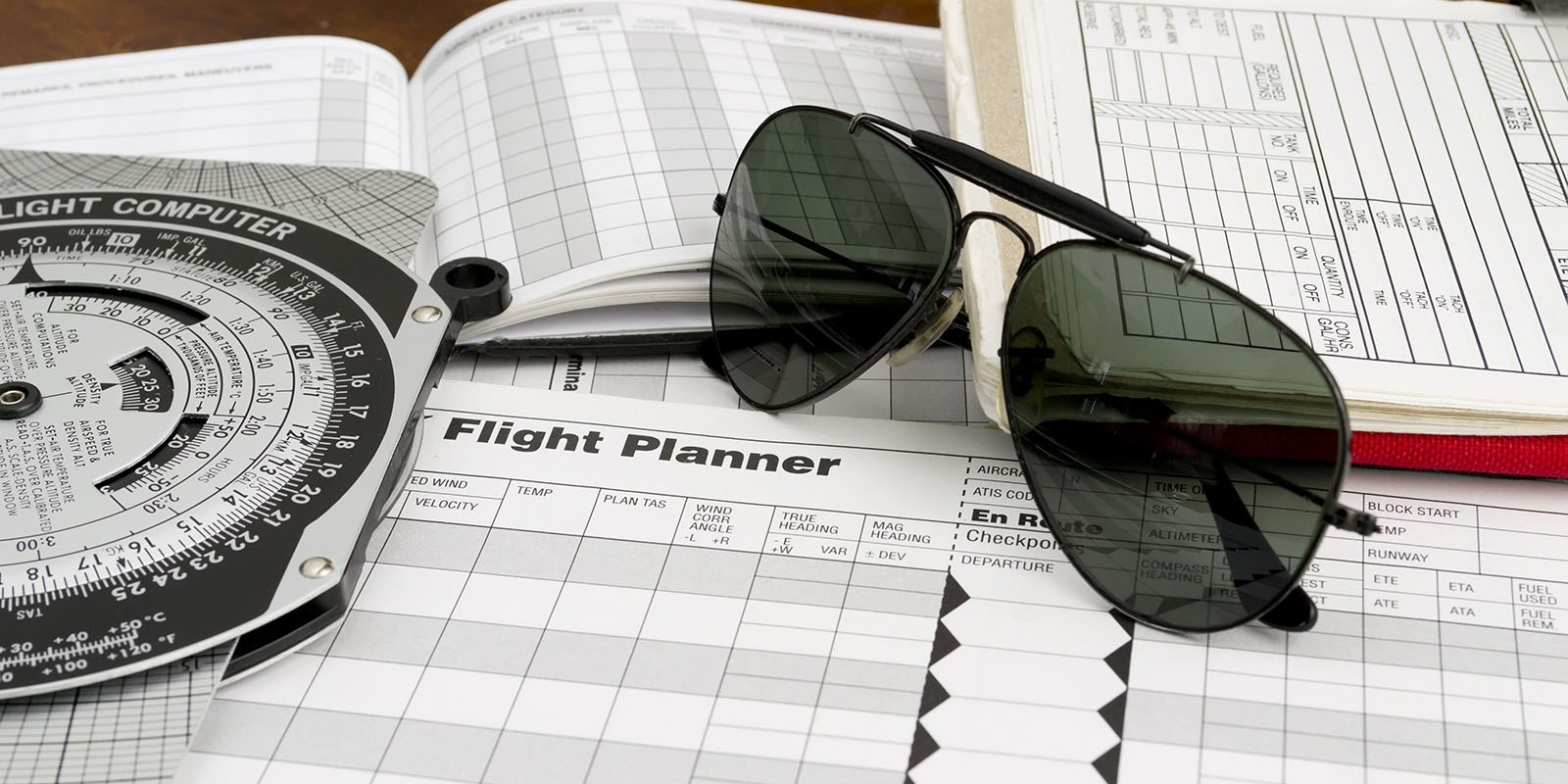 While Moynihan’s focus was on crime and social standards, the same argument applies to aviation. If seemingly trivial lapses—say, a perfunctory preflight—pass without consequences, it becomes easier to contemplate cutting additional corners. Commercial aircraft operators have been known to succumb to this temptation despite being subject to more rigorous reporting and inspection requirements than private owners. But private owners who let their standards slide aren’t likely to escape the consequences indefinitely.

On Jul. 8, 2019, the pilot of a Robinson R44 and one passenger flew from the former’s home in Sainte-Sophie, Québec, Canada, to a fishing camp the pilot owned on Lac-De La Bidière, where they were met by friends who arrived by seaplane. The party stayed for two nights.

The seaplane departed first, at around 12:25 pm on Jul. 10. Weather was good, with calm winds under high scattered clouds. The time of the helicopter’s departure is unknown but was later estimated at around 12:56 pm. The pilot didn’t request a weather briefing or file a flight plan or flight itinerary; family members expected him to return that day but weren’t advised of a specific schedule, and no one was asked to track the flight.

It was just before noon the next day before the Trenton base of the Joint Rescue Coordination Centre (JRCC) was notified that the helicopter was missing. No emergency locator transmitter (ELT) signal had been detected, and the aircraft’s flight path was unknown.

The JRCC initially dispatched a CC-130 Hercules four-­engine turboprop and a CH-146 Griffon helicopter to search for the R44. They were unsuccessful, so on Jul. 12 the JRCC raised the search level to “major,” increasing the commitment of resources by the Canadian Armed Forces (CAF) and establishing an independent incident command post. In addition to the CAF, the operation grew to involve the Canadian Coast Guard, volunteer aerial search organizations from Ontario (the Civil Air Search and Rescue Association, or CASARA) and Québec (Sauvetage et recherche aériens du Québec, SERABEC), and the Sûreté du Québec (Québec’s provincial police service). 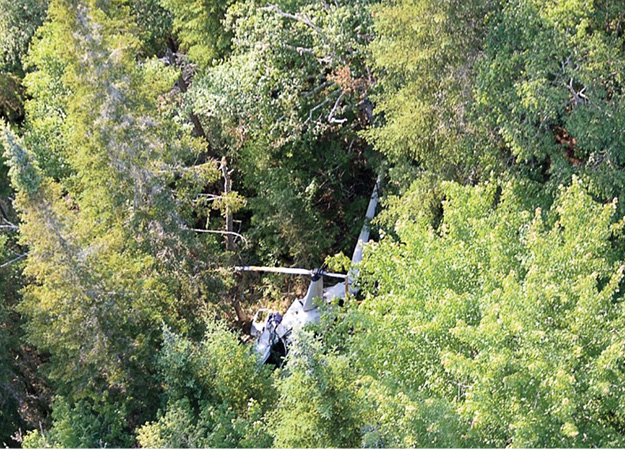 The Transportation Safety Board of Canada (TSB) determined that the search efforts all told came to involve 12 fixed-wing aircraft and 6 helicopters, 44 airborne personnel, and at least 77 administrative, logistics, and public relations staff on the ground. Those figures don’t include some 21 aircraft flown by private citizens who volunteered to survey terrain on the periphery of the JRCC’s search zones.

Because the pilot owned other properties to the north and northwest of Lac-De La Bidière, the initial search area was more than double that of the plausible envelope around feasible routes to Sainte-Sophie. The JRCC ruled out the northern portion on Jul. 13, three days after the helicopter disappeared, reducing the search area from 26,750 to 11,320 sq km (10,328 to 4,371 sq. mi.). Triangulation from the last towers to ping the pilot’s and passenger’s cell phones allowed the JRCC to concentrate on the swath surrounding a flight to Saint-Sophie, further narrowing the search area to 3,600 sq km (1,390 sq. mi.) on Jul. 16 and eventually to 2,058 sq km (795 sq. mi.).

By Jul. 21, the search teams had overflown the entire area multiple times without success. In the absence of new information, the JRCC terminated the operation that same day, transferring responsibility to the Sûreté du Québec.

“More precise data” informed a fresh round of triangulation calculations on Jul. 24, pinpointing a specific location. The following day, ground-based searchers found the helicopter in dense forest 193 m (633 ft.) from that point. The pilot’s body was still strapped into his seat, but the passenger was found 66 m (217 ft.) away.

The helicopter was found upright on a rocky outcropping. Both tanks contained uncontaminated 100LL gasoline, and the engine showed no evidence of any pre-impact mechanical failure. Both drive belts were in good condition and correctly tensioned. The main rotor mast and head were still attached to the main gearbox, but the tail rotor and stabilizers had separated from the tail boom. The tail rotor blades were largely undamaged. Damage to the surrounding trees suggested a near-vertical descent.

One of the two main rotor blades, arbitrarily designated blade A, was bent in several places. The other blade, blade B, was straight but fractured at its tip. Neither showed the kind of leading-­edge damage that would typically result from striking a tree while turning. Numerous deformations in their upper and lower skins suggested the blades had been subject to bending both upward and downward as they began to flap due to loss of centrifugal force at low rpm. Blade B also showed evidence of torsional (twisting) stress that apparently preceded the flapping.

The main rotor blades, part number C016-2, were original to the aircraft, which had been imported to Canada new in 2009. This blade’s design fills the space between the stainless steel leading-edge spar and the trailing-edge doubler with an aluminum alloy honeycomb core covered by stainless steel skins on its upper and lower surfaces and terminated by an aluminum tip cover (see illustration, below). A spray adhesive is used to bond the honeycomb to the spar and doubler and the skins to all three of those components. 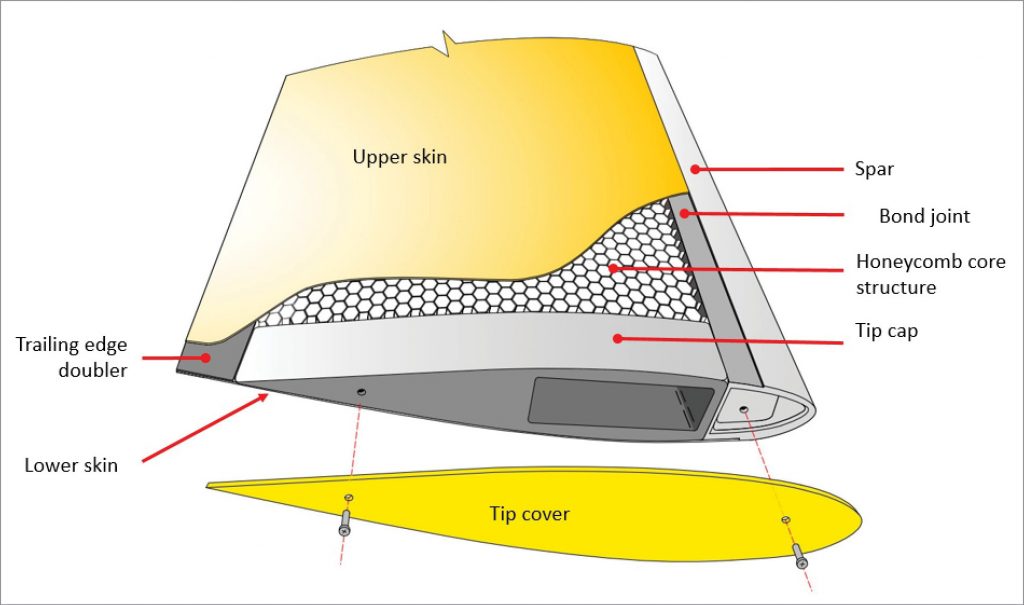 The accident investigation revealed that evidence of blade skin debonding likely was detectable before takeoff but went unchecked despite a 2015 airworthiness directive that required preflight inspection of the specific main rotor blades installed in the accident helicopter and other R22s and R44s of similar vintage. (TSB Image)

After multiple other instances of the spar–skin joint debonding near the blade tip on this blade model, the design was made subject to FAA Airworthi­ness Directive (AD) 2014-23-16, which requires a visual inspection for exposed metal at the spar–lower skin joint before the first flight of the day; repetitive 100-hour inspections by a certified technician; and replacement of the blades with those possessing an improved design (in this case, part number C016-7) no later than Jan. 1, 2020. Compliance was also mandatory under Canadian regulations.

Closer examination of blade B found exposed metal along the spar–lower skin joint near the point the blade fractured, about 38 in. from its tip, with “signs of debonding and gaps in the skin at the spar bonding joint.” The TSB noted that it was “highly likely that the metal surfaces in these areas were visible and detectable before takeoff.” Destructive inspection also found a total of about 20 in. in which the adhesive on the spar and honeycomb didn’t show the usual imprints left by contact between them, evidence of a manufacturing defect.

The TSB concluded that progressive debonding during the accident flight, compounded by the gap between a length of the spar and the honeycomb, led the blade to lose its stiffness and deform, causing progressively intensifying vibrations. Because the engine showed no sign of having been on at the moment of impact, the pilot is believed to have shut it down in an attempt to control the vibrations, then stalled the main rotor attempting an autorotation.

The helicopter’s maintenance logs recorded the 100-hour blade inspections but didn’t document the daily visual checks required by the AD, leaving doubt they were ever performed. This wasn’t the only shortcut revealed by the investigation.

The private pilot held a helicopter rating, but his medical certificate had expired the previous October. Further, the lack of a flight plan or flight itinerary delayed initiation of search-and-rescue efforts by a full day and vastly expanded the search area, perhaps preventing help from reaching the passenger in time to save the individual. The arming switch on the body of the ELT was found in the “off” position. The safety lock to prevent its inadvertent movement from “arm” to “off” had snapped off long enough ago that the broken edge had worn smooth.

While aerodynamics is a science, operating a flying machine requires a degree of faith. Without confidence that a rapidly moving collection of parts will continue moving together in flight, climbing into the cockpit would feel suicidal. But without self-discipline, confidence can breed complacency that slips into carelessness. No one takes off expecting to crash, but thoughtful action to prevent that contingency—such as careful fuel planning, informed weather evaluation, and a meticulous preflight inspection—is essential to preventing accidents.

Efforts to mitigate the risk of an accident are best backed up by measures to mitigate an emergency if one occurs. When flying over remote terrain, facilitating potential search-and-rescue efforts should never be far from mind.

Filing (and opening!) a flight plan, verifying ELT operation, and carrying a satellite-based tracking device can prove to be lifesaving precautions.