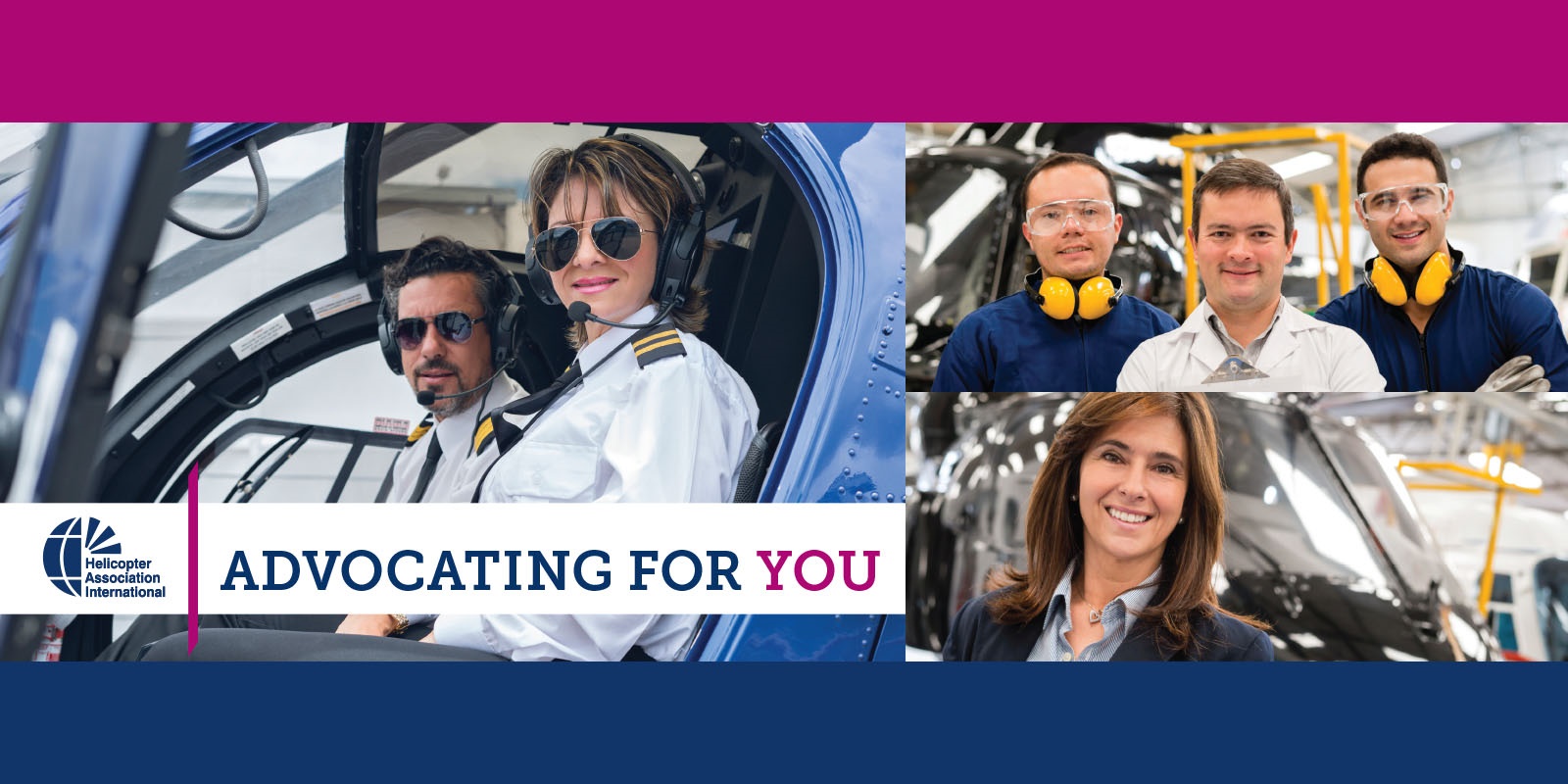 The Future of 5G and Aviation Operations

I’s hard to believe that 2021 is coming to a close. There are numerous legislative issues that have captured our industry’s attention in the past year. However, we’d like to highlight one that will have major impacts on future industry operations: the planned deployment of 5G networks, which will destabilize safety-critical systems on all civil aircraft, especially helicopters.

In the June and September 2021 editions of ROTOR, we discussed the problem of spectrum interference. In the June issue, we shared an overview of the actions by the Federal Communications Commission (FCC) to repurpose spectrum adjacent to the frequencies used by some safety-­related aviation equipment. In addition to interference with the L band, which will affect GPS service and satellite-­to-ground communications, FCC actions have paved the way for deployment of 5G wireless systems adjacent to C band frequencies that are used by radar (radio) altimeters.

In the September issue of ROTOR, we expanded on HAI’s advocacy on the 5G issue, which began in 2017 with our initial opposition efforts after the FCC first released a notice of inquiry about repurposing C band spectrum. We also discussed HAI’s efforts to address 5G interference at an international level, as the threat posed to aviation safety by repurposing C band frequencies for 5G wireless systems is a global one.

Through its international partnerships, HAI stays abreast of international research efforts and regulatory proposals on 5G interference. These materials from the international aviation community serve as valuable learning tools for the US industry as it explores actionable mitigations.

On behalf of a coalition of aviation industry stake­holders, HAI co-chairs a technical and operations working group that evaluates both the impact of 5G on aviation operations and the actions that can be taken to mitigate those impacts, both in the United States and elsewhere. HAI will continue to do whatever it takes to protect our members and the industry while ensuring the safety of pilots, crews, and customers.

Recent Efforts in the 5G Sphere

Over the past few months, HAI and several industry partners have met with officials from both the FAA and FCC to discuss 5G deployment. During these meetings, HAI has communicated the importance of maintaining the reliability of radar altimeters in helicopters and other vertical lift aircraft, which are most at risk of interference from 5G systems because of their low-flying operations in challenging environments. Radar altimeters are required equipment for all US commercial helicopter operations. Additionally, the FAA-mandated helicopter terrain awareness and warning systems for helicopter air ambulance (HAA) operations have a radar altimeter requirement, as do helicopters equipped with night-­vision goggles.

HAI and other members of the aviation coalition have asked the FAA and FCC to jointly facilitate collaborative discussions between the aviation and telecommunications industries to find solutions for potential interference. Coalition representatives have also requested that the FAA carefully weigh the costs, both financial and societal, of implementing future interference mitigation plans. During these meetings with FAA and FCC representatives, HAI has illustrated the disruption 5G interference could have on HAA operators by explaining the complexity of the operational environment, the implications of landing at off-site locations, and the time-­sensitive nature of HAA flights.

On Nov. 2, 2021, the FAA released a Special Airworthiness Information Bulletin (SAIB), AIR-21-18, on the risk of potential adverse effects on radar altimeters from 5G operations. The SAIB informs aircraft manufacturers, radar altimeter manufacturers, operators, and pilots of the planned deployment of wireless broadband networks in the 3700–3980 MHz bands. At that time, 5G was scheduled to begin deployment on Dec. 5 in the 3700–3800 MHz bands.

The aviation coalition filed written ex parte filings with the FCC referencing the FAA’s safety concerns as expressed in its SAIB. Coalition representatives also cited a deficiency of essential information in the FCC public record about 5G systems, resulting in a lack of the data needed to make decisions about aviation safety. This deficiency only reinforced the need for interagency and interindustry coordination to answer the many questions regarding 5G interference and aviation safety.

On Nov. 4, 2021, the wireless industry agreed to delay its scheduled 5G deployment by one month, until Jan. 5, 2022. In announcing the delay, AT&T and Verizon Communications stated their intent to work in good faith with the FAA and FCC to address concerns about potential interference with safety-critical aviation systems.

HAI and other members of the aviation coalition briefed the White House National Economic Council (NEC) on the 5G issue in early November. Industry representatives expressed their collective concern about the restrictions that may be placed on aviation operations if the telecommunications industry fails to put forward reasonable mitigations to address radar altimeter interference.

Restrictions on helicopter operations will have devastating effects on critical industries such as helicopter air ambulance, oil and gas, firefighting, and utility and power-­line work. Aviation coalition members have made it clear that cooperation among all stakeholders is necessary to create and implement solutions that protect the safety of the US National Airspace System (NAS) and support the utilization of 5G technology.

Following the release of the FAA’s SAIB and the meeting with the aviation coalition, the NEC agreed to coordinate a technical working group with representatives from the aviation industry, telecommunications industry, FAA, and FCC to develop actionable mitigations. HAI and industry stakeholders continue to meet regularly with regulators and the NEC to discuss necessary mitigations.

On Nov. 21, 2021, AT&T and Verizon Communications announced plans to adopt new precautionary measures to address the safety concerns of the FAA and the aviation industry. The telecommunications proposal would place limits on power levels at 5G base stations near public-use airports with paved runways and near public-use heliports. HAI and the aviation coalition appreciate wireless carriers’ acknowledgment that 5G deployment will interfere with safety-critical aviation equipment if it proceeds as currently allowed.

However, Verizon and AT&T’s measures are inadequate and far too narrow to ensure the safety and economic vitality of the aviation industry. There are significant technical shortfalls in their proposal that, if left unchanged, would have little to no impact on addressing aviation concerns.

On Dec. 6, 2021, aviation coalition stakeholders filed a letter with the FAA that included the Aviation Safety Proposal for 5G Limits for discussion and consideration. This proposal is in response to AT&T and Verizon’s Nov. 21 proposal.

The coalition’s proposal builds on the telecom proposal and provides additional safeguards in, around, and on the approach to airports and heliports. It also aims to minimize the impact on both telecom and aviation operations. HAI and other coalition members look forward to continuing to work with all stakeholders to find a win–win solution for both industries and for the flying public.

The FAA has a history of ensuring safety by accounting for the worst-case scenarios, and that is exactly how the agency was expected to respond to the possibility of 5G interference with safety-critical equipment. Given the sheer number of questions and concerns left unanswered by the telecommunications industry, the FAA had no choice but to act to protect safety within the NAS.

To effect immediate changes in US aviation operations, the FAA has several tools at its disposal, including Notices to Air Missions (NOTAMs), temporary flight restrictions (TFRs), and airworthiness directives (ADs). On Dec. 7, the FAA submitted two ADs to the Federal Register for publication: AD 2021-23-12, which covers transport and commuter category airplanes, and AD 2021-23-13, which applies to helicopters. Effective as of Dec. 9, the ADs require flight manual limitations that prohibit certain operations requiring radar altimeter data at locations that will be identified in NOTAMs to be issued in early 2022.

The helicopter AD states that when operating in US airspace, the following operations requiring radar altimeters are prohibited in the presence of 5G C band wireless broadband interference as identified by the appropriate NOTAM:

The aforementioned ADs were submitted as this issue of ROTOR was going to press; please visit rotor.org/radalt for additional analysis.

One issue that is already gaining attention is the sheer number of locations that will be affected by 5G deployment. The map below illustrates heliports in the continental United States that are located within a 5G deployment area. Some types of helicopter operations within those areas will be effectively banned. However, this map fails to portray the full impact of 5G. The map was developed using the FAA Airport Master Record Database, which lacks substantial data on heliport locations. 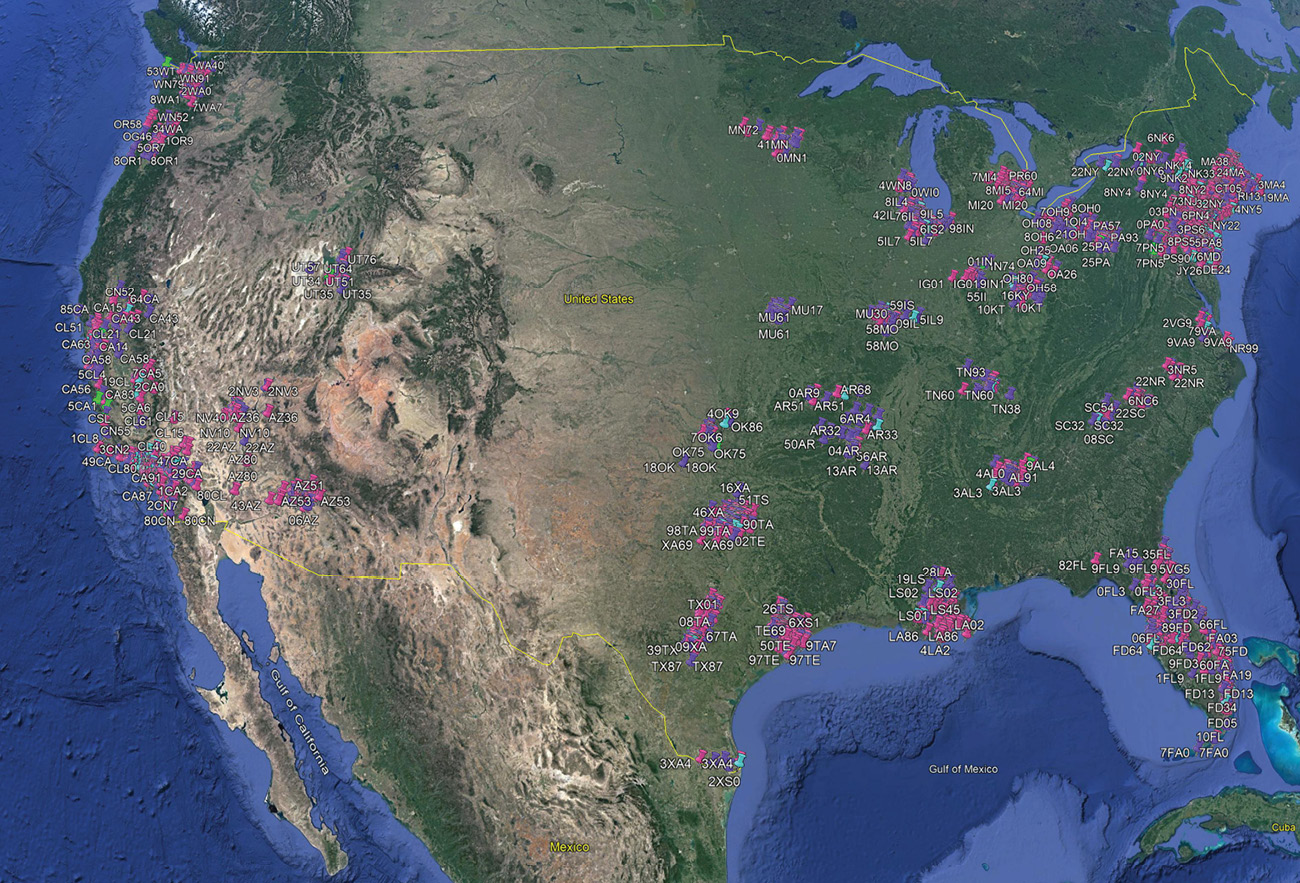 According to NASA estimates, upward of 2,000 ­hospital heliports aren’t accounted for in the FAA database. In addition, approximately 2,000 to 4,000 predesignated emergency landing area sites are also not represented in either the FAA database or the NASA estimate. It’s unclear how NOTAMs will be issued for aviation locations that have not yet been identified as such by the FAA.

At press time, HAI was still waiting for clarification from the FAA on how the ADs and subsequent NOTAMs will be operationalized. With the vast number of heliports that may be affected, there may be substantial disruptions to rotorcraft operations. HAI will provide additional information as it becomes available.

HAI’s highest priority is safety, and the association is committed to doing whatever it takes to keep our pilots, crews, and passengers safe. The aviation community stands ready to work with the wireless industry, the FAA, and the FCC on data-driven technical solutions to ensure that we can reap the benefits of 5G technology without risking aviation safety or efficiency.

As always, HAI will keep you, our members, informed of the latest developments on the 5G issue.

Please refer to our website, rotor.org/advocacy, for more information. Recent letters, statements, ex parte filings, and other related materials are available at rotor.org/radalt.