By Rotor DailyOctober 14, 2022No Comments

This significant award is in recognition of the commendable work Icarus Devices has carried out in development of the Instrument Conditions Awareness Recognition and Understanding System by improving training fidelity and rapidly accelerating weather decision making capabilities for pilots before turning deadly. 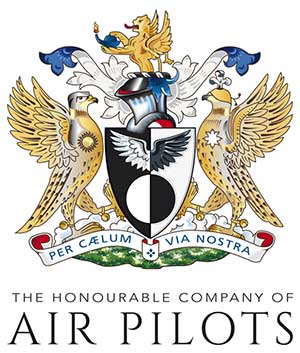 Icarus Devices was nominated by CW5 Joseph Rosamond, who, along with the crews of two aircraft from the California Army National Guard (Schooner 20 and Mako 27), were awarded the Prince Philip Helicopter Rescue Award by the Company in 2020. Rosamond was pilot in command of Schooner 20 for a rescue during the Creek Fire in California, September 9th 2020 which saved 263 people and 16 dogs.

“Icarus Devices has developed an innovative solution to the Hood training we have all undergone. Bringing the technology of today into a problem as old as aviation itself will have an impact to aviation safety that will surely reduce both accident and fatality rates across both training and operational flight regimes. For this alone I am proud to see them receive this award.” Said Rosamond.

The Honourable Company of Air Pilots was established as a Guild in 1929 in order to ensure that pilots and navigators of the (then) fledgling aviation industry were accepted and regarded as professionals. From the beginning, the Guild was modelled on the lines of the Livery Companies of the City of London, which were originally established to protect the interests and standards of those involved in their respective trades or professions. In 1956, the Guild was formally recognized as a Livery Company. In 2014, it was granted a Royal Charter in the name of the Honourable Company of Air Pilots.