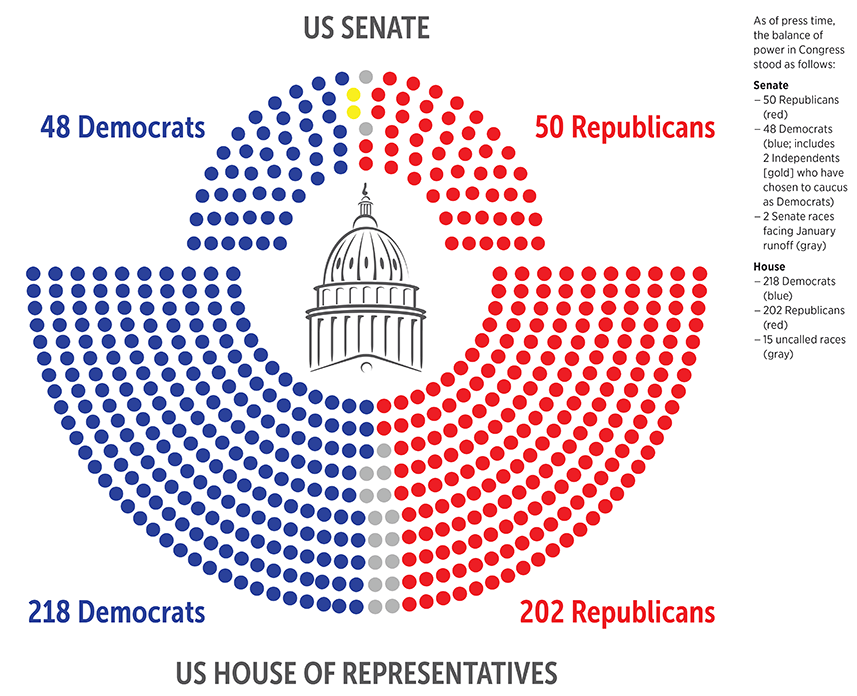 HAI sets its legislative agenda for the new Congress.

Now that the US general election has concluded, Congress has returned to Washington. While candidates elected to the US Senate and House of Representatives won’t be sworn in until Jan. 3, 2021, the Congress that has been in place since January 2019 began a lame duck session that is expected to extend well into December. Passing appropriations bills, defense legislation, and a new COVID relief package before the end of the year will be among the top legislative priorities. 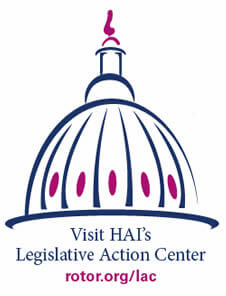 Historically, Congress has an easier time advancing must-pass legislation like appropriations packages in a lame duck session, due to the conclusion of election frenzy, but that may not be the case this year. With some state results in the presidential race being challenged by the Trump administration and two Senate races heading to a January 2021 runoff that will determine which political party controls the upper chamber, the same partisan gridlock that’s plagued the 116th Congress could continue for the remainder of the year.

When the 117th Congress convenes in the beginning of January, a new legislative year will begin. All unpassed legislation of the previous Congress will expire (with the exception of treaties). If any of those bills is to move forward, it must be reintroduced.

On opening day of the 117th Congress, the House will elect a speaker, announce party leaders, and establish rules for the legislative body as well as policies for certain floor practices. The House may also adopt resolutions assigning some or many of its members to committees. This process regularly continues over several more weeks.

The committee assignment process occurs primarily within the party groups—the Republican Conference and the Democratic Caucus. There are representatives and senators currently serving who represent other parties, but their numbers are so small (one in the House, who actually retires at the end of the 116th Congress, and two in the Senate) that they must work with the two main parties. In fact, both the House and Senate are primarily organized around our two-party system. Legislators and their staff—there’s a red team and a blue team, and everyone knows which one you play for.

The Senate will follow a similar protocol in January. After swearing in senators elected or reelected in the general election (approximately one-third of the Senate), the upper chamber will adopt administrative resolutions and standing orders. If there is a vacancy or a change in party control, the senators may elect a new president pro tempore (generally the longest-serving senator from the majority party; in the 116th Congress, Sen. Chuck Grassley [R-Iowa] served in this role) and one or more Senate officers.

As a result of the November elections, Democrats will maintain their majority in the House but by fewer seats than they held in the 116th Congress. The majority in the Senate will be determined by the results of the runoff elections in Georgia on Jan. 5. If the 117th Congress ends up with the same parties in the majority as the previous 116th Congress, party and committee leadership aren’t expected to change too dramatically. Legislative priorities for the two chambers will be set by their respective leadership and could resemble those of the 116th Congress.

Power of the Majority

The Senate, on the other hand, does provide some additional measures, like the filibuster, that allow the minority party to assert its voice and influence the legislative process. However, despite these additional Senate procedures, make no mistake about it: majority status is what both parties want.

Although many different factors can influence the ability of a bill to move forward in any Congress, one consideration is the legislation’s level of controversy and the political party of the sponsor. Sponsors in the majority party may see more action on controversial bills than those in the minority.

Through the 116th Congress, articles in ROTOR have chronicled numerous legislative initiatives with varying degrees of controversy that could impact the helicopter industry. While those proposals will expire at the end of the year, the sponsors of those initiatives still maintain their position and therefore are expected to reintroduce their bills in the 117th Congress.

The 117th Congress starts after what most would charitably describe as a tumultuous 2020 for the entire world. Additionally, this year has seen a wide range of events, both positive and negative, that have placed the vertical flight industry in the spotlight for legislators and policymakers at all levels across the globe.

Our industry has also made invaluable contributions to society in 2020. The impacts of a worldwide COVID‑19 crisis, a record-setting hurricane season in the Atlantic, and the worst fire seasons in history for the United States and Australia were all made less severe thanks to the vertical flight industry.

Moving into the 117th Congress, the parties controlling the House and the Senate will establish their agenda for their legislative priorities. Aviation issues will continue to be in the forefront.

The COVID-19 pandemic has had devastating effects on some segments of the vertical flight industry. Stay-at-home orders, travel restrictions, state and local orders, and an overall decrease in economic activity have had a disastrous impact on many helicopter operators, especially in the commercial tour industry. COVID response efforts will continue to be a huge priority for lawmakers in 2021, and targeted relief to the aviation industry will remain a focus because of the massive impact the industry has on the US economy.

Within the framework of the 117th Congress, HAI will continue to press for industry priorities, which include:

This election has shattered everyone’s crystal ball but looking through those shattered remains, we anticipate that all these priorities will be addressed in the 117th Congress.

The COVID-19 pandemic has forced a departure from how HAI’s Government Affairs team traditionally conducts congressional outreach. As with the rest of the business world, meetings, networking events, committee hearings, receptions, fundraisers, conferences, and other traditional advocacy activities are no longer in person. Meeting and developing relationships with newly elected officials and their staff will take place in a completely different manner. Webinars, video meetings, website content, and other online communications are now the new norm.

What hasn’t changed is the need for relationships. Remember that legislative agenda? It’s just as important as ever for you to develop a relationship with your elected officials—both federal and local.

We encourage you to get to know your newly elected officials or reach out to congratulate your current representatives on their reelection. While observing COVID-19 restrictions, look for opportunities to bring your law­makers physically, or virtually, to your business to showcase your operations and the benefits you bring to the community. Have questions on how to do that? Please reach out to us and let us help.

As we turn the page on 2020 and begin a new Congress, our industry confronts new opportunities and challenges. HAI’s advocacy program saw some successes in the last Congress, and we look to build on that momentum as we continue to advocate for the VTOL industry in the 117th Congress.

The Hottest Pic This Fire Season!