Aerobatic pilot, retired executive served as president of EAA from 1989–2010. 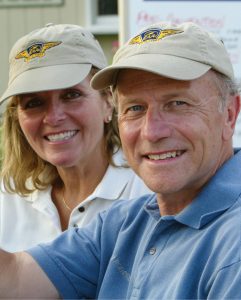 Tom Poberezny and his wife, Sharon

Tom Poberezny, retired president and chairman of the Experimental Aircraft Association (EAA), died on Jul. 25, 2022, following a brief illness. He was 75.

During his time at the helm of EAA, which was founded by his father, Paul Poberezny, in 1953, Tom led the creation of the association’s popular youth program, Young Eagles, and spearheaded for a decade EAA’s role in urging the FAA to create the sport pilot/light-sport aircraft categories, which the agency did in 2004. He was inducted into the National Aviation Hall of Fame in 2016.