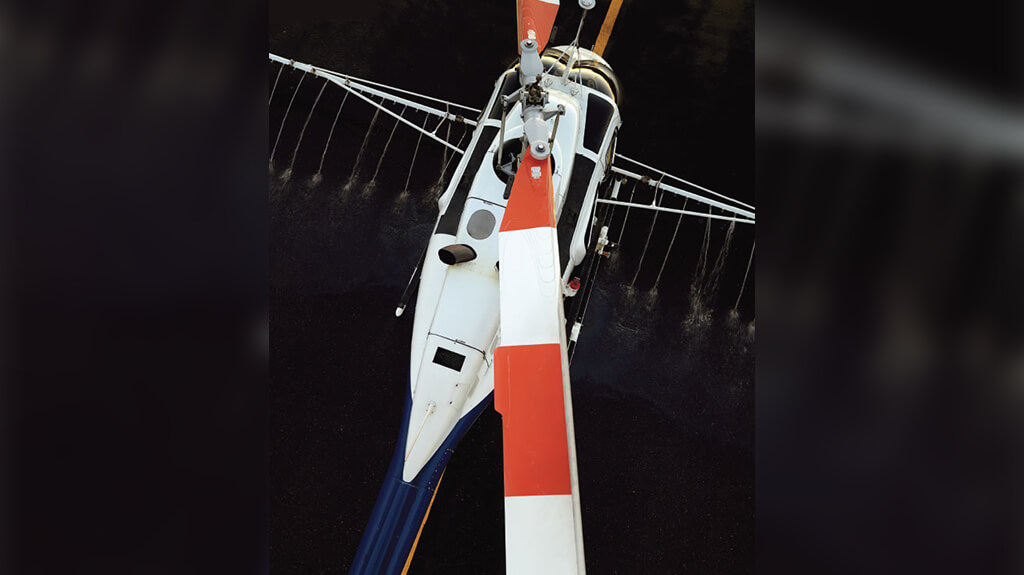 Ron Wolf founded T&M Aviation in Abbeville, Louisiana, two decades ago, focusing on agricultural aerial applications. The company has since expanded to include weed-control spraying for forestry companies, ﬁreﬁghting as well as controlled burns, and a host of miscellaneous services such as aerial photography, training, and support. Licensed for spraying in 30 states—T&M has sprayed for gypsy moths at Camp David, the president’s retreat in Frederick County, Maryland—the company’s mainstay business is still aerial application. This Bell 206B-3 is one of ﬁve aircraft in T&M’s ﬂeet (another B-3, two Bell 206L-3s, and an L-4 make up the rest). It‘s shown here outside the company’s hangars at Abbeville Chris Crusta Memorial Airport (KIYA).