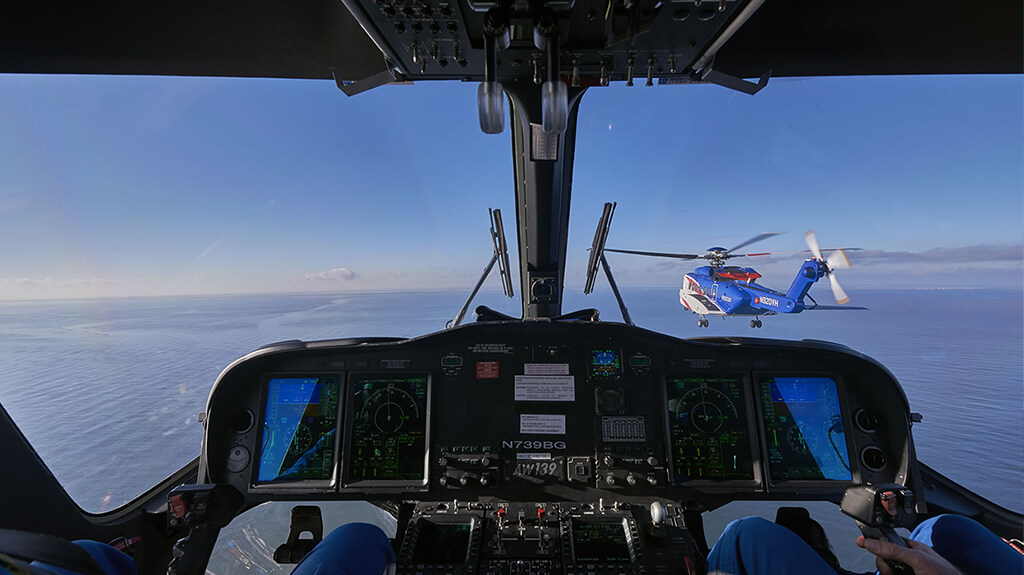 Training for IIMC Is Crucial 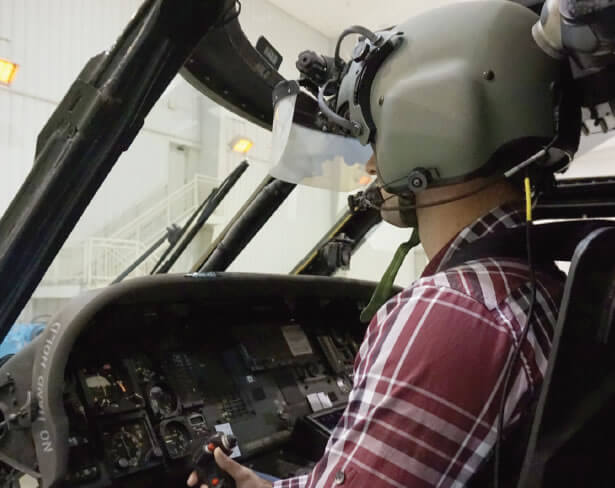 AT Systems’s helmet-mounted ATS Device lets students experience both simulated visibility and the sensations the body feels during forward flight. Photo by AT Systems Photo

Practicing your instrument skills could save your life.

Despite the fact that inadvertent entry into instrument meteorological conditions (IIMC) continues to be a topic at many helicopter industry safety meetings, these weather-related accidents still occur at an alarming rate. So let’s go back to basics and discuss some potential solutions to this vexing problem.

Poor visibility or instrument flight rules (IFR) conditions mostly means we can’t see outside the aircraft. We may not realize just how much we rely on visual cues from outside, but we find out very quickly when those cues are no longer there and spatial disorientation sets in. The “inadvertent” part makes IIMC even worse because we weren’t expecting the lack of visibility. As a result, we may not be prepared to respond to the situation—a very dangerous condition that leads to accidents.

The two most obvious solutions are to avoid the conditions and to hone your instrument skills. Avoiding the conditions may mean canceling the flight if there’s a significant risk or landing the helicopter as soon as poor conditions become imminent. Preflight risk assessments are very helpful in making a no-go decision.

Training for inadvertent IMC can be a little more complex and is sometimes viewed as an expensive option, but it’s a crucial one. Instrument skills are perishable: their expiration date varies by the pilot’s level of experience and ratings. Regardless of their documented expiration date, however, every pilot’s instrument skills will expire if he or she fails to practice them.

If you don’t practice often, your skills will weaken, at best. Weak skills combined with an unplanned encounter can be fatal.

Now that we’ve established that practicing your instrument skills is crucial, how often you should do so depends on your comfort level with flying by instruments. If you have an instrument rating and are proficient with the aircraft model, mission, and environment, practicing once or twice a year may be enough. If you don’t have an instrument rating or you’re flying a new aircraft model or in an unfamiliar area, regular practice makes more sense. And it’s important to take that training seriously.

Let’s look at how to train for IMC encounters. There are several ways to practice, all with varying degrees of effectiveness.

One good method is using a simulator that enables you to practice to all levels of instrument conditions with little or no risk to person or aircraft. Many pilots tell me that training in a simulator can be very humbling because it can show us we’re often not as proficient as we thought we were. This is especially true for IIMC. In other emergencies, such as power loss or hydraulic failure, pilots respond almost by muscle memory, because of their repeated use of the same checklist of response procedures during training. In the case of IIMC, however, muscle memory seems to fade as we lose our sight. The sudden realization that you can’t see can lead to the feeling that you suddenly don’t know what to do because you can’t see the results of what you’re doing. Are you climbing … descending … banking?

Fortunately, with concentrated practice some muscle memory can be learned during IIMC training in a simulator. The cost of using a simulator will vary with the type of simulator and its location. Lower-level, less-expensive simulators and flight training devices can be a cost-­effective option to higher-end models as long as their visuals permit good representations of the IIMC environment.

Training in an aircraft, too, can be effective if the pilot uses a view-limiting device and doesn’t cheat by looking under or around the foggles or hood. Still, training in an aircraft does carry some limitations. Under normal circumstances, you can’t actually fly in IMC conditions during training, so the “inadvertent” part will be inaccurate when you have to take time to put on a hood in order to train. Such training does, however, allow you to practice flying by instruments and sharpen your scan, which can be crucial to surviving a real encounter.

Technological advances have recently developed a more practical, cost-effective solution to traditional training’s limitations. A new, patented device from AT Systems designed for military training straps to a helmet without modification and provides a decreased visual environment controlled by an instructor-operated iPad. Called the ATS Device (see photo at left), the product enables pilots to experience both simulated visibility and the actual sensations the body feels during forward flight.

While simulators provide all the visual cues for decreased visibility that make you feel like you’re moving, the ATS Device reduces visibility while you are moving. It allows the true seat-of-the-pants consciousness the brain experiences during actual flight because the product is used inside the aircraft itself.

Another advantage of the ATS Device is its ability to be used anytime during a training flight and the various options it provides for programming visibility and re-creating real-life scenarios. Indeed, the ATS Device is the latest smartphone to the training hood’s rotary-dial landline, and training in an aircraft equipped with one may be an efficient, effective alternative to simulator training.

Instrument training, whether in an aircraft or a simulator, can accurately demonstrate a pilot’s skill level by providing training scenarios that let the pilot reach—and learn—his or her limits. Through practice and increased awareness, pilots can overcome these limits and gain greater flexibility to make the right decisions in a degraded visual environment.

In the end, training is crucial for one central reason: it will increase your ability to survive an unexpected encounter with IMC conditions.

With more than 25 years of experience in aviation safety and training, Terry Palmer has received many awards, including the 2010 HAI Salute to Excellence Safety Award. She serves on the HAI Training and Safety Working Groups and is working with SAFE Structure Designs and Southern Utah University on helicopter maintenance training initiatives.