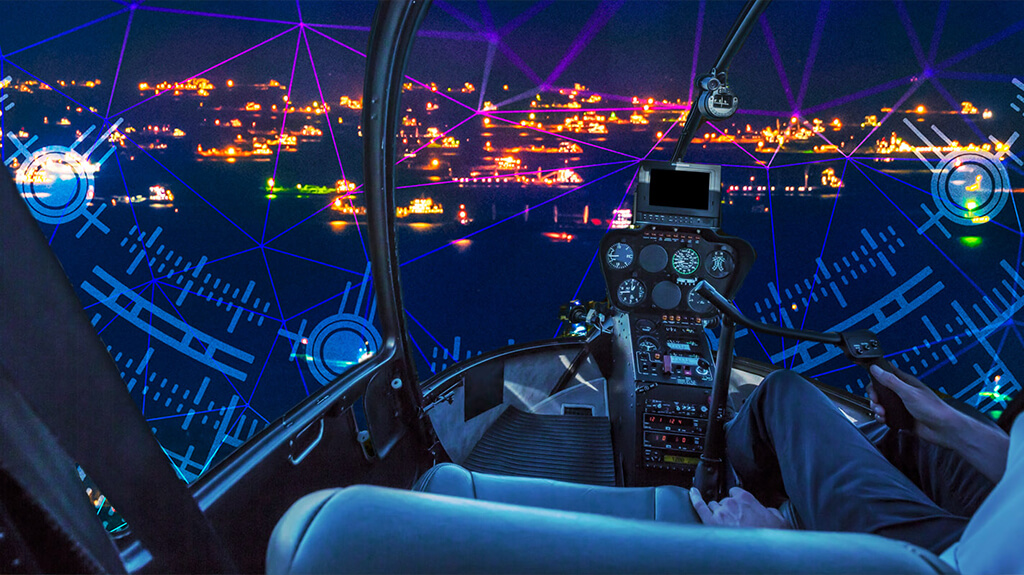 Unmanned Systems Can Save Lives in High-Risk Manned Operations

Use machines, not people, in dull, dangerous missions.

Ten years ago, we could only imagine that small drones would someday be saving lives and extending our ability to complete numerous tasks previously possible only with the helicopter. In 2009, recreational or hobby flyers were just being introduced to electric and multirotor technology. Some industries, such as electronic news­-gathering and film, had realized the potential of these machines and thus were at the forefront of many innovations. Yet the general public and government did not have a solid grip on the drone’s potential.

At the same time, around a decade ago, the US component of the International Helicopter Safety Team was deeply entrenched in trying to resolve the safety challenges present in the helicopter industry as represented by the number of incidents and accidents it experienced. The resulting collision of these two worlds is astonishing.

Certificated pilots might consider this a preposterous recommendation. However, the helicopter industry has always been a good incubator of innovation. This is not to say that we don’t have strident traditional thoughts and values, but as pilots we are good at thinking outside the box for solutions to problems. It is through this lens that we might consider the integration of unmanned technologies as an opportunity to reduce fatalities.

A February 2019 USHST report, Identifying How UAS/OPA Can Reduce Fatal Accidents in High Risk Manned Helicopter Operations, considers fatalities in specific flight regimes where helicopters have traditionally operated at very low altitudes, in all types of environmental conditions, and where pilots are susceptible to boredom, complacency, and distraction. (Visit bit.ly/USHST-UAS-OPA to read the entire report.) The report noted that a high potential for fatal accidents could potentially be alleviated through doing something different.

Enter the UAS and OPA.

Looking at the Data

The USHST Safety Analysis Team (SAT) performed a comprehensive analysis of US fatal helicopter accidents that occurred from 2009 to 2013. The SAT adopted the data-driven, consensus-based approach of the General Aviation Joint Steering Committee (GAJSC) to accident report analysis and development of intervention strategies intended to mitigate the root causes of fatal accidents. Out of the 104 fatal accidents that took place during this five-year span (2009–13), 52% stemmed from three occurrence categories:

In 10 of the 52 LOC-I, UIMC, and LALT fatal accidents from the USHST 2009–13 data set, the working group concluded that integrating either UAS or OPA technology could have mitigated some of the risks—and prevented some deaths—that occurred during those flight operations.

Four out of the 10 accident helicopters that spurred the H-SE 90 report struck a wire while engaging in low-level activities. These included photo documentation of the condition of transmission and distribution lines (T&D) and their supporting structures, conducting T&D surveys or patrol, and pipeline patrol.

Operating helicopters in a wire-rich environment is very risky. The integration of UAS and OPA technology into new or existing helicopters could reduce risk and save lives in the aerial application industry segment.

UAS and OPA technology could also help reduce the number of fatal accidents in other down-low, dirty, and dull flying jobs where fatigue, boredom, and complacency can become significant risk factors. In the 2009–13 data set, five additional fatal accidents occurred for helicopters engaged in cattle mustering, frost protection, cherry-orchard drying (two accidents), and a low-altitude law enforcement search operation. In the 2014–17 data set, one pilot was fatally injured herding cattle, one private operator was fatally injured after striking 35-ft poles in a canyon, and another private operator perished after striking a power line while flying low level (80 ft AGL) over a river.

Ten years ago, we had no idea how the proliferation of UAS technology would change the aviation landscape, let alone envision what these amazing machines can do. In just a few short years, UAS integrations have been occurring in a wide swath of industries. Eight years ago, the US Marine Corps began using an OPA in combat operations. Firefighters now routinely use UAS to assess hot spots and fire movement.

Our innovative thought processes have truly expanded aviation’s ability to successfully integrate technologies, not only to enhance our efficiency and effectiveness but to apply this technology directly toward reducing fatalities.

Harnessing the Power of Integration

Sense-and-avoid technologies are becoming more available, enhanced, and widely implemented on small consumer and commercial UAS to prevent collision with obstacles. Similar systems are standard equipment on nearly all new automobiles sold today. This technology could also have an immediate effect on reducing fatal accidents in manned operations. The integration of sense-and-avoid technologies into new and existing helicopters is the next logical step in the evolution of helicopter flight.

All small UAS also include some type of GPS-augmented flight logic controller system. These relatively inexpensive controllers provide auto takeoff, self-leveling, hover-hold, return to home, and autonomous preplanned or on-the-fly programmable flight regimes. Incorporating these controllers with actuators into a manned helicopter has one immediate benefit: it reduces pilot workload.

This technology provides a pilot with an option when they find themselves in conditions beyond their capabilities, such as a UIMC situation. With a “go-home” feature, an equipped machine would automatically level, climb to a safe altitude to clear any obstructions, and fly to a predetermined takeoff or landing point, landing itself without intervention from the pilot.

If this technology can be incorporated into an off-the-shelf $1,000 small UAS for consumers, it can certainly be incorporated into newly certified OPAs and helicopters, or even existing helicopters. We are not advocating the use of this technology as a replacement for human pilots. Rather, it should be used to lighten pilot workload for higher-risk flights, thus enhancing safety. However, the costs of implementing these systems may be a challenge for many operators.

In economic terms alone, some people might have considered the use of UAS and OPA technology as a replacement for or supplement to helicopter operations to be disastrous for the helicopter OEMs. That perception is quickly disappearing.

The US Department of Defense is pushing for these integrations and, in many cases, has already implemented the technology in military aircraft. And as clearly witnessed by attendees earlier this year at the HAI HELI-EXPO in Atlanta, most OEMs are proceeding with concept machines and systems for urban air mobility and package/food delivery services.

OEMs that are not working on civil and military OPA concepts, or at least trying to integrate UAS technology into future concepts, will be at a serious disadvantage. Regulatory aspects aside, supplementation of helicopter operations with UAS and OPA is steadily becoming more economically feasible and operationally safe, even as the design capabilities increase.

Some may consider this idea too controversial or financially unfeasible, but not the innovator. Innovators look beyond the basics to find a better way of doing things. Certainly, anyone who has had a close call with a helicopter looks back and evaluates decision-making, the conditions, and other variables to prevent it from happening in the future. These strategies not only keep us alive but help us to continually improve.

What Is the Value of a Human Life?

The H-SE 90 report proposes integrations for the sole purpose of reducing fatalities that happen in specific, high-risk helicopter operations. The integration of this technology will present competition for valuable resources in small companies.

However, the cost of losing just one aircrew member may be avoided by the integration of these technologies. In addition to the psychological and emotional trauma of an accident for an operator and the related human-factors elements, the expense of a fatal accident, including lawsuits and higher insurance premiums, can be ruinous.

Some companies may find that the costs of integrating UAS and OPA technology into their operations to be affordable compared to the alternative. In the next 10 years, we will very likely see the results.

Scott Burgess is an associate professor at Embry-Riddle Aeronautical University, Worldwide Department of Flight. He has 35 years of US Army and civil aviation experience as a pilot, instructor, and researcher. A member of the US Helicopter Safety Team since 2010, Scott also chairs the HAI Unmanned Aircraft Systems Committee.