ROTOR MagazineAdvocating for You2021 March

It’s the first quarter of the new year, and Congress and the states are busy legislating.

The first session of the 117th Congress has seen some historic moments in its first few months, while state legislators have already started their mad dash toward adjournment. Before we look at where Congress is going, however, let’s do a quick review of where we’ve been since we last reported. 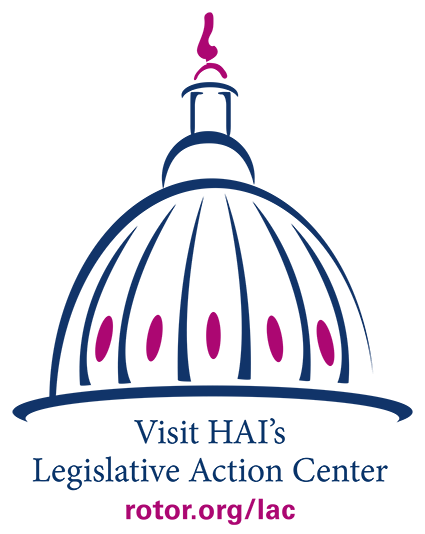 Democrats now control the Senate by a razor-thin margin, but Democrat and Republican Senate leaders reached a power-sharing agreement for governing their chamber. This agreement is based on a similar deal from 2001, which is the last time the chamber was divided 50–50. Under this agreement, the Democrats control the committees and assume the majority with Vice President Kamala Harris’s tie-breaking vote. There have been only three prior instances of an evenly split Senate, in 1881, 1953, and 2001.

House and Senate committees have organized, and multiple freshman members joined the two dedicated to transportation: the US Senate Committee on Com­merce, Science, and Transportation and the House Committee on Transporta­tion and Infrastructure. The House committee maintains its leadership under Chair Peter DeFazio (D-Ore.-04) and Ranking Member Sam Graves (R-Mo.-06). The committee’s Aviation Subcommittee is chaired by Rick Larsen (D-Wash.-02) with Garret Graves (R-La.-06) as ranking member.

Passing COVID-19 relief legislation was a top legislative priority both at the end of the last Congress and the beginning of the new session. At the conclusion of the 116th Congress, lawmakers passed a $900 billion coronavirus aid package that was attached to a $1.4 trillion government funding bill. The relief package included $284 billion for the Paycheck Protection Program (PPP) and $20 billion for the Economic Injury Disaster Loan (EIDL) program.

The legislation allows businesses to deduct expenses associated with their forgiven PPP loans, in addition to expanding the employee retention credit intended to prevent layoffs. The package also included $15 billion for renewal of the Payroll Support Program (PSP) for air carriers and made important changes to the program’s award calculation, providing a 15% increase to account for a discrepancy based on forms some air carriers originally filed to report their salaries and benefits. HAI worked closely with Congress to ensure HAI members were included in this important program and to resolve the funding discrepancy, and those efforts have paid off: as of this writing, HAI members have received more than $179 million in PSP funding.

Pivoting to the 117th Congress, President Joe Biden released the “American Rescue Plan” as a legislative proposal to address the continuing effects of the COVID-19 pandemic. On March 11, President Biden signed into law the largest stimulus package that Congress passed through the budget reconciliation process. The measure includes a new $3 billion program for aviation manufacturing workers that would help prevent involuntary furloughs of thousands of workers at some 5,000 aeronautical repair stations and similar aviation businesses and roughly 1,500 aerospace manufacturers.

The legislation also includes $15 billion for air carriers and $8 billion for airports, with $100 million specifically for general aviation airports. Other notable items in President Biden’s relief plan include a new grant program for small-business owners in addition to the PPP.  Throughout the legislative process, HAI worked with committees of jurisdiction to ensure the rotorcraft industry received adequate financial support in the relief package.

Now that Congress has wrapped up this latest relief package, lawmakers will next turn to appropriations work as well as a potential infrastructure package. These legislative vehicles provide opportunities for HAI to pursue important priorities for the vertical flight industry. As the industry moves forward with advanced air mobility, congressional policy discussions involving vertiports, urban planning, intermodal transportation, and availability of power for electrical charging take on increased importance and ramifications. HAI continues to engage with the committees of jurisdiction on these issues.

Of course, no edition of “Advocating for You” would be complete without recognizing the importance of safety and how the rotorcraft industry can work toward improving in this area. HAI’s safety team has done impressive work in creating new safety programs and providing new training opportunities and resources to operators and pilots to improve safety in their daily operations. It’s important to educate lawmakers and other policymakers about this work as these discussions will inform the process as Congress looks at various safety initiatives and potential policy paths.

As the 117th Congress settles in for its two-year term, state houses across the nation have convened for their comparatively shorter sessions. Many state legislative sessions will adjourn by April and May. A handful of states, such as Illinois, Massachusetts, Michigan, New Jersey, New York, Rhode Island, South Carolina, and Wisconsin, meet throughout the year. With adjournment dates set for late spring to early summer, state legislators are on an expedited time frame to finish their legislative work and set state budgets.

The legislative process in the states may seem to occur at lightning speed compared with the slower pace of the federal legislative process. This is an important lesson for our grassroots efforts. Getting to know your state elected officials early and working with them in the run-up to the state legislative session is paramount.

Because events move so quickly in the state legislatures, it’s important to be a part of the dialogue and provide resources and perspective on issues that affect our industry. Use the run-up time before the session begins to meet with your state legislators. This is a great opportunity to brief them on issues important to your company, serve as a resource during the short but intense session, and then continue to expand your network and strengthen relationships throughout the year.

The new year has brought in a new Congress and new leadership, but the politics remain the same. Is it cynical or pessimistic to say that politics is the same, regardless of who’s in power? Well, sure, you could read it that way. You could find lots of websites to support that theory as well. But the human element of politics hasn’t changed. Yes, the country has new leadership, the Senate changed parties, and politics seem to get more partisan with each passing election. But what hasn’t changed is the human element. Our elected officials are still human, despite how political cartoonists skewer them.

Focusing on this human element will allow us to take our industry in a new direction. It takes a human touch to have an impact. We need to tell our story to our legislators, so they know and understand our problems and pinch points. We need to describe how different solutions can remove roadblocks and allow businesses to thrive and grow. The PSP is a good example of how this human-focused outreach provided more than $179 million in funding for HAI members.

We need to be advocates for ourselves and our industry. We belong to a unique industry that does an incredible job of helping others through the many types of missions we fly, missions that often could not be accomplished by other means. We do good work for good people, and that’s a good story. Help us to tell that story.

As part of our outreach efforts, please consider signing up for HAI Action Alerts to stay informed of the most important rotorcraft-related government developments and to directly engage with your elected officials when certain bills are up for a vote in Congress. Just fill in your name and contact information, and HAI will notify you when major legislation is up for a vote.

With all that’s new this year, let’s commit to contact our elected officials and develop new relationships or strengthen existing ones. Don’t know where to start? Reach out to us at advocacy@rotor.org and let us help.